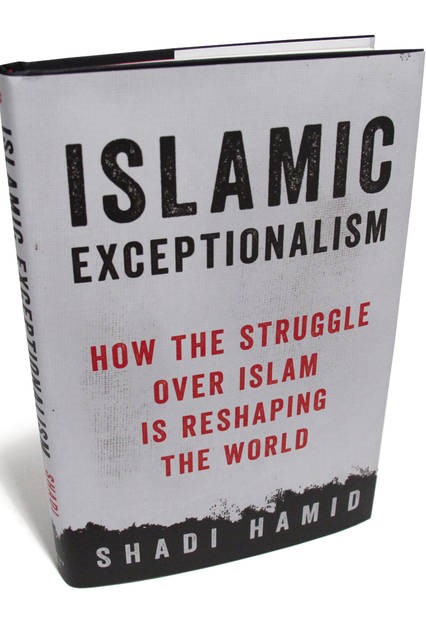 Even when elected, Islamists foment instability.

In response to these autocratic moves, thousands of Egyptians protested outside the presidential palace. With Morsi’s blessing, the Brotherhood mobilized its cadres to confront them; 10 people died in the clashes. Meanwhile, his regime prosecuted journalists, while Morsi supporters surrounded the headquarters of critical television networks.

All of this backfired in the spring of 2013, as Egypt’s economy tumbled and non-Islamist activists began circulating a petition demanding new elections. Rather than compromising with the opposition, Morsi dug in, appealing to his Islamist base by endorsing the Syrian jihad and appointing a member of the terrorist organization al Gamaa al Islamiya, as the governor of Luxor. In a defiant address on June 26, Morsi threatened his opponents with prosecutions and purges. Protests clogged thoroughfares across the country within days. On July 3 Egypt’s military ousted the president.

I review this history because in the book “Islamic Exceptionalism: How the Struggle Over Islam Is Reshaping the World,” Shadi Hamid glosses over these events. Instead he suggests a revisionist account in which Egypt’s non-Islamists—a mix of Mubarakists and Nasserists whom he confusingly calls “liberals”—turned against Morsi because of unsubstantiated fears. “Liberals feared Morsi and the Brotherhood not necessarily for what they had done,” he writes, “but for what they might do in the future.” To those Egyptians tortured by Muslim Brothers outside the presidential palace, this would be a remarkable claim.

Rather than examining the Brotherhood’s failed governance in Egypt, Mr. Hamid, a fellow at the Brookings Institution, situates the group’s story within “the struggle to establish a legitimate political order” in the Muslim world since the dissolution of the Ottoman caliphate in 1924. Islam’s role in politics is at the center of this struggle, Mr. Hamid argues, and resolving it does not entail a secular or liberal outcome, as in Christian Europe. “If the people of the Middle East are to establish—after a long period of violent struggle—a more stable and legitimate order, Islam will have to have its place,” he writes. “It’s only really a question of what kind of ‘Islam,’ when, and at what cost.”

The author envisions a choice between two types of Islamists. On one hand, there are “mainstream Islamists,” who he defines as “affiliates or descendants of the Muslim Brotherhood.” The term “mainstream” here is a curious one, however, because the Brotherhood and its affiliates are insular and exclusivist. Aspiring Muslim Brothers endure multiyear indoctrination processes and swear oaths to “listen and obey” in pursuit of the Brotherhood’s theocratic vision. For this reason, only a few hundred thousand of Egypt’s 91 million citizens are Brothers.

But Mr. Hamid mainstreams the Brotherhood by focusing on one aspect of the group’s political behavior: its willingness to work within the existing political order and seek power through the ballot box. The author thus presents the Brotherhood as preferable to the other group that he examines, the Islamic State of Iraq and Syria, which supplanted an existing political system with a caliphate that governs according to a very brutal interpretation of Islamic scriptures.

The implied argument here is that excluding “mainstream” Islamists, as has happened in Egypt since Morsi’s ouster, bolsters more radical groups like ISIS. “To drive even the more participatory variants of Islamism out of the state system is to doom weak states and strong, brittle ones alike to a long, destructive cycle of civil conflict,” Mr. Hamid warns.

To be sure, there is an important difference between those who seek theocracy via elections (the Muslim Brotherhood) and those who murder for it (ISIS). But at times Mr. Hamid exaggerates this distinction by playing down the Brotherhood’s actual—and oft-repeated—ideological ambitions. For example, in discussing the Brotherhood’s long-term political project he notes that the organization seeks to religiously “reform” the individual, then his family, then his society and then his state. But he omits the Brotherhood’s ultimate goal: establishing a global Islamic state. This is similar to what ISIS claims it has achieved, if not identical.

Elsewhere Mr. Hamid writes that the Brotherhood and its affiliates have removed the so-called hudud punishments from their political platforms. But the Brotherhood’s supposed silence on these Quranic punishments, which include cutting off thieves’ hands, hardly implies rejection. Indeed, when asked about this matter in 2006, the Brotherhood’s supreme guide said that such punishments can only be implemented under narrow circumstances but otherwise left no doubt: “We would execute the hudud.”

Still, these weren’t the primary catalysts in the post-Arab Spring story that Mr. Hamid seeks to explain. Despite the Brotherhood’s global aims and endorsement of Quranic punishments, Egyptian non-Islamists accepted its political participation. Non-Islamist parties and movements had communicated, and in some cases cooperated, with Muslim Brothers for years, and they didn’t anticipate a caliphate or hand-chopping. It was only when the Brotherhood used its victory to seize additional power, threaten its critics,and attack protesters that so many Egyptians, including some former Brotherhood partners, demanded Morsi’s ouster. These non-Islamists didn’t fear Islamism, as Mr. Hamid claims. They were reacting to the emergence of a new tyrant.

Unfortunately, the Brotherhood hasn’t learned from its errors. Brotherhood leader Amr Darrag tells the author that the group’s biggest mistake was “trying to fix the system from inside gradually,” and a Brotherhood youth says that Morsi should have “purified” the state institutions and media. In other words, if the Brotherhood gets another chance, it will work even harder and faster to exclude competitors.

Mr. Trager is a fellow at the Washington Institute for Near East Policy. His “Arab Fall: How the Muslim Brotherhood Won and Lost Egypt in 891 Days” will be out in September.