Coptic Solidarity has obtained documentation confirming that the head of Egypt’s Protestant Churches, the Reverend Andrea Zaki Stephanous Killini, has been lobbying officials at the US State Department and Members of the US Congress after filing with the US Department of Justice in accord with the Foreign Agents Registration Act “in purpose of explaining the Egyptian’s situation in general and in specific the Christian’s situation in Egypt and the Islamic- Christian relation.” An article by African Intelligence titled Reverend Zaki Discreetly Lobbies Washington on Sisi’s Behalf broke the story. Despite being given the opportunity, Rev. Zaki did not reply to the publication’s requests for comment.

The article notes that “Rev. Zaki started discretely making appointments in the US capital in Oct. 2021 and has continued racking up meetings all the way through June of this year. (His) aim was to persuade members of the House of Representatives and State Department officials of Abdel Fattah el-Sisi’s credentials when it comes to defending religious freedom.”

Rev. Zaki met with US Representatives as well as the Egypt Desk of the State Department and the staff of their Office of International Religious Freedom (OIRF), responsible for writing the annual report on religious freedom in Egypt.

A possible devastating consequence of Rev. Zaki’s misinformation is that the OIRF has published annual reports on Egypt that are misleading and present a far more positive narrative than is warranted. The direct result has been a more systematic denial of asylum requests by Copts, with many asylum officers, throughout the U.S., citing the State Department report on Egypt as grounds to deny Egyptian Christians asylum in the US.

Additionally, the Egyptian government has utilized lobbying firms to spread similar fallacious information such as through a pamphlet titled: Strengthening National Unity: Religious Freedom and Diversity in Egypt, under the header of Embassy of Egypt, Washington, distributed by D.C.’s Brownstein Hyatt Farber Schreck LLP (contracted since Nov. 2020 by the Egyptian Embassy at a $65,000 per month), which Coptic Solidarity debunked, in painstaking detail.

Coptic Solidarity urges US Government officials and the Members of Congress to be aware of these efforts. A primary tool of the Egyptian government is to invite Members of Congress and/or their staff on Congressional delegation trips to Egypt (sometimes fully funded by Egypt’s Government) in which the invitees are presented a meticulously curated message of unity and improvement, as well as through manipulating religious leaders to deliver a pro-government message (on pain of retaliation should it not be to the Egyptian government’s liking). The Egyptian government simultaneously utilizes the presence of members and staff of the US government to further their narrative in the media by publishing articles, pictures, and video at their discretion. The cumulative governmental pressure has effectively silenced nearly all human rights defenders and opposition to the el-Sisi government including religious, social, political, and any anyone even perceived as being opposed, regardless of reality.

Coptic Solidarity is an organization seeking to help minorities, particularly the Copts of Egypt. We support those in Egypt working for democracy, freedom, and the protection of the fundamental rights of all Egyptian citizens, and advocate in cooperation with the affiliated organizations in Canada and in Europe (Solidarité Copte). For more information, contact Lindsay Rodriguez at 801-512-1713 or coptadvocacy@copticsolidarity.org. 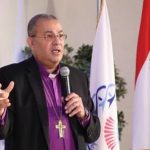 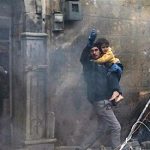