An underreported but fatal terrorist attack on a symbolically important church recently took place in Syria.

During an inauguration celebration on Sunday, July 24, 2022, the Islamic terror group, Hay’at Tahrir al-Sham, fired rockets at a newly constructed church, the Hagia Sophia, in the predominantly Greek Orthodox city of al-Suqaylabiyah, Syria.

A crowd was gathered around to celebrate the opening of the new church.  Initial reports indicated that at least one or two Christians were killed and about a dozen seriously wounded in the Sunday attack.

A report from  July 29, 2020—nearly two years to the day before this attack—underscores the significance of this development:

[T]he construction of a church dedicated to Divine Wisdom [English translation of hagia sophia] could soon enter the operational phase, erected with the declared intention of reproducing, albeit at a reduced size, the architectural profile of Hagia Sophia, the ancient Byzantine Basilica of Constantinople—today Istanbul—recently converted into a mosque by the Turkish authorities….  [T]he operation [is seen] as a sort of Russian-Syrian response to the Turkish choice to reopen Hagia Sophia to Islamic worship….  [T]he laying of the first stone of the future church apparently has already taken place in al Suqaylabiyah (a town in the governorate of Hama inhabited before the war by about 20 thousand Orthodox Christians), in the presence of representatives of the Moscow Duma (the Russian Parliament) and with the placet of the hierarchies of the Greek Orthodox Patriarchate of Antioch (based in Damascus). According to reports, Russian soldiers stationed at the base near Latakia are already preparing plans for the construction of the new church.

Nadel al-Abdullah, who is “known for leading a militia that presented itself as a self-defense force composed of Orthodox Christians” deployed against “the militant jihadists of the Islamic State or of Jabhat al Nusra,” had provided the land on which the church was recently erected.

The initiative to build a “mini” Hagia Sophia, as it was locally known in Syria, was especially supported by Russian parliamentarian Vitaly Milonov, who is known for trying to restore “the ancient name of Constantinople in Russian official publications to indicate the current Turkish city of Istanbul, and for having worn shirts with the inscription ‘Orthodoxy or death,’ according to which the Russian Orthodox are ready to generously support the construction in Syria of a church with the features of Hagia Sophia.”

In other words, the new Hagia Sophia church was supposed to be a defiant response to the Erdoğan regime’s slap in the face of millions of Orthodox Christians, when he declared, and then transformed, the Hagia Sophia basilica in Constantinople—which was originally built, and for a millennium functioned, as a Christian cathedral—into a trophy mosque again.

The new Hagia Sophia church was erected in record time: two years.  It was not immediately clear from reports the extent of damage the church suffered.

Perhaps unsurprisingly, the Muslim terrorists who bombed the church are believed to be backed by Turkey.  As one report explains,

Although designated a terrorist organization by the Turkish government in 2018, in recent years the relationship between Turkey and HTS [Hay’at Tahrir al-Sham] has dramatically shifted.  HTS has fought alongside the Turkish-backed and funded Syrian National Army (SNA) and several Turkish military outposts have been constructed inside HTS-controlled Edleb.

In other words, it seems that Turkey has, once again, managed to kill Christians and devastate another Hagia Sophia, while the West looks the other way. 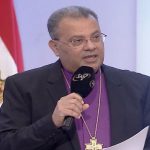 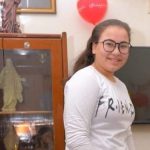 One More Minor Coptic Girl “Disappears”: When Will Egypt Do Something About Such Crimes?CS Releases & Articles