According to recent information acquired by Coptic Solidarity, we understand that Ramy Kamel was rather optimistic about being released at his next hearing and that his ordeal would soon come to an end. Paradoxically, the prosecutor extended Mr. Kamel’s detention, yet again for 45 days.

Coptic Solidarity urges the immediate release of Mr. Kamel, who has suffered unjust solitary imprisonment for nearly 20 months. This solitary detention is considered torture by UN experts. This contradictory messaging is particularly cruel for an individual, physically and mentally weakened by nearly two years of arbitrary detention and countless renewals, while being deprived of the remotest resemblance of a fair judiciary process.

The Egyptian authorities must put an end to the senseless torture of Mr. Kamel who was imprisoned merely for his work as a human rights advocate and for speaking out (rather objectively and in very moderate ways) about some injustices faced by Copts in Egypt.

Coptic Solidarity holds the Egyptian government accountable—as it continues to behave in defiance of international norms—and renews our recommendations and calls upon: 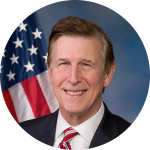 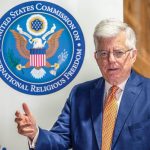