Coptic Solidarity urges the Egyptian Government to immediately end punitive measures against former Counselor Hisham Heikal which are a direct result of him filing a complaint regarding discrimination against a Coptic colleague. The Egyptian government’s reprisals against Mr. Heikal have set a clear precedent that those who dare speak out against official religious discrimination in Egypt will endure great personal loss and suffering.

Counselor Heikal filed a complaint that there were administrative irregularities in the exclusion of Counselor Mahasin Luqa from the presidency of the Administrative Prosecution Authority for sectarian reasons and considerations, due to her being a Coptic Christian. He said that such discrimination harms Egypt’s reputation at the international level and is considered a violation of rights on the basis of religious discrimination.

The new president of the Administrative Prosecution Authority, Counselor Feryal Qutb, responded to the complaint as if it were a challenge to the validity of her choice for this position, and an infringement against the entire leadership of the authority. Mr. Heikal denied that, as evidenced by the fact that he did not submit his complaint to any other external bodies.

Yet, Counselor Heikal was dismissed from his position without having the opportunity to provide a defense of his actions during his April 21 hearing with the Administrative Prosecution Disciplinary Board, or even given the option to resign. President Abdel Fattah El-Sisi issued a presidential decree No. 228 of 2018, published in the Official Gazette on May 31, 2018, dismissing Counselor Heikal from his position as Deputy General Prosecutor of the Administrative Prosecution Authority, based on the board’s ruling.

His firing was clearly a punitive reprisal as he had an excellent work record, having been promoted to the rank of Deputy General Prosecutor based on his performance, honesty, and dedication to work. This promotion was part of  the Presidential Decree No. 62 of 2017.

Mr. Heikal lodged a legal complaint requesting the annulation of his dismissal. His case is still ongoing and has been repeatedly referred elsewhere and delayed.

The Egyptian government’s retaliation against Counselor Heikal is particularly egregious because his dismissal was pursued by numerous other actions to destroy his life and prospects for a future, including:

Mr. Heikal’s situation exemplifies the entrenched religious discrimination that Copts and other minorities experience on a daily basis, both from the government and society. While attacks on persons, churches, and individual properties receive the most media attention, it is this daily grind of discrimination and persecution against Copts that is driving so many thousands to flee their homeland.

Decent and conscientious people who dare confront the ugly system are oppressed by none other than the government itself. This, in and of itself, is enough to exposes the fallacious claims such as those circulated by the Egyptian Embassy in Washington, DC a document of January of 2021 (through their lobbying firm, Brownstein Hyatt Farber Schreck LLP), titled: Strengthening National Unity: Religious Freedom and Diversity in Egypt. In response, Coptic Solidarity published a point-by-point rebuttal titled FACTS vs. FICTION: Coptic Solidarity’s Fact-Checking of the ‘Religious Freedom and Diversity’ Document Issued by the Embassy of Egypt in the U.S.A.

If the Egyptian government truly wants to improve the situation of religious freedom and equality in Egypt, they had better make real changes, and immediately desist from punishing Egyptians like Mr. Heikal who advocate against this official discrimination. It would be a good first step to demonstrate a real commitment to improvement, rather than mere words circulated by their foreign lobbying firm. 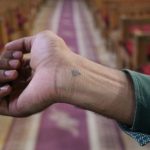 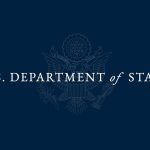