A Christian watchdog group has shined the spotlight on the widespread practice of abduction and trafficking of Coptic Christian women and girls in Egypt and how they are particularly vulnerable to exploitation.

Coptic Solidarity was established in 2010 and is dedicated to achieving equal citizenship rights for the Copts in Egypt. They released the report “Jihad of the Womb: Trafficking of Coptic Women & Girls in Egypt” last Thursday.

The report argues, “The capture and disappearance of Coptic women and minor girls is a bane of the Coptic community in Egypt, yet little has been done to address this scourge by the Egyptian or foreign governments, NGOs, or international bodies.”

CBN News Chief International Correspondent Gary Lane has covered the plight of Coptic Christians in Egypt for many years.

“Christian girls are often targeted by Muslim men in heavily Islamic countries like Egypt. Many are neighbors who charm impoverished Christian girls with kindness and gifts,” Lane explained. “Attracted by the good looks and kindness of young Muslim men, the girls are lured away from their families based on empty promises of wealth and successful life. Some are raped and culturally that brings shame to their families. They see conversion to Islam and marriage as their only way out.”

The report also addresses the Egyptian government’s lack of action and counters the government’s blanket excuse not to scrutinize, for example by claiming that the women left their families voluntarily as a reason not to investigate their cases further.

“Years ago I heard the story of an impoverished Christian girl who possessed just one dress to wear. Each day, she ate only one meal of rice and vegetables. One day, a handsome, young Muslim man gifted her with a dress and took her on a date for a meal at Kentucky Fried Chicken. He kidnapped the girl and she never returned to her family,” Lane noted.

A priest in the Minya Governorate told Coptic Solidarity at least 15 girls go missing every year in his area alone. His own daughter was nearly kidnapped had he not been able to intervene in time.

“The large majority of these women are never reunited with their families or friends because police response in Egypt is dismissive and corrupt. There are countless families who report that police have either been complicit in the kidnapping or at the very least bribed into silence,” according to the report.

Lane confirms that the pattern of Egyptian authorities ignoring the plight of these Coptic Christian girls and their families.

“Christians receive little help from Muslim law enforcement authorities—especially in small villages in Upper Egypt,” he noted. “I met with the father of an abducted 15-year old. The poor Christian farm laborer discovered the identity of the kidnapper and his daughter’s whereabouts. The man went to the police station to report what he had learned and asked the chief to help him rescue his daughter. The police chief slapped the Christian farm laborer’s face and shouted, ‘Do you think I have nothing better to do than to search for your infidel daughter!'”

The Coptic Solidarity’s report was compiled using information from Egyptian media, the Coptic community and clergy in Egypt, and from family members of the women affected.  It will be submitted to United Nations agencies and the US Office for Trafficking in Persons.
_____________________________________________
https://www1.cbn.com/cbnnews/cwn/2020/september/watchdog-report-jihad-of-the-womb-exposes-ongoing-systemic-abduction-of-christian-girls-in-egypt 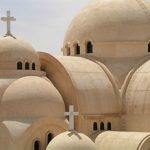 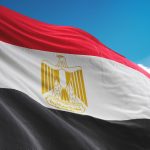