By One News Now

An advocate for the Copts says police are no help to the Christian women in Egypt who are targeted by Muslim men.

Persecution of Coptic Christians is a normal way of life and has been for years under Egypt’s Muslim government. Lindsay Griffin of Coptic Solidarity, an organization dedicated to advocating equal citizenship for the Coptic Christians of Egypt and minorities in the Middle East, tells OneNewsNow Muslims are now kidnapping Coptic girls and grown women in some cases and trafficking them for labor or prostitution.

“They actually have established a network [that] identifies Coptic girls and women, sometimes even married women with children, and they have an entire network set up to basically kidnap them,” Griffin reports.

In some cases, Muslim men woo a young Coptic female with the promise of converting to their faith, and then they send the girl into the trafficking arena to be abused by men.

“Another issue we’ve discovered is that a lot of times the police and local government officials are actually complicit with the kidnapping rings, so they’re getting a cut,” Griffin laments. 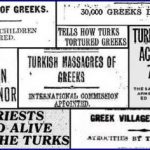 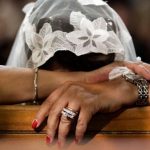