This is part of the suppression/oppression by the State and cronies to cancel Christianity from Egypt. The most popular game in the world is Football, aka soccer in the USA. For some time FIFA has been politicized and on the take. I wrote an article to FIFA when they awarded the 2022 World Cup to Qatar. Qatar is one of the most Islamist, regressive regimes, competing with other extremists like the Islamic Republic of Iran IRI, the Kingdom of Saudi Arabia and worse. I received no response.

There is enough documentation of the religious bias against the Copts in many fields including sports. There is a chance for individual sports but team sports forget it. The exclusion of Copts from Club Football and National representation is cowardice and fear. There are brilliant Coptic football players at the high school level who are blocked at the college level.

Realistically, is there anything to be done for the future? It seems grim but there might be somethings which would get the ball rolling. The Egyptian chapter of the YMCA has been around for ages. It participates in Basketball. The restricted layout in Ibrahim Pasha (Gomhoria) street cannot accommodate a football field. This chapter should apply to the International organization for support and funds to buy land outside downtown to expand.

Video recordings of High School matches could be distributed to professional clubs worldwide. The gifted Coptic players and others, could be spotted and with some support travel to attend training camps at those clubs. There are many African players on the teams of the most prestigious clubs in Europe. The same way those players were spotted and processed could be done for the Copts in Egypt.

The Coptic youth, boys and girls in the Diaspora, would be encouraged and organized to start an amateur league which may yield a lot.

This is just for starters. 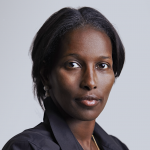 What Islamists and ‘Wokeists’ Have in CommonSelected Opinion