Coptic Solidarity congratulates its cofounder and first president (2010 – 2015), Mr. Adel Guindy, on the recent publication of his book,  A Sword Over the Nile: A Brief History of the Copts Under Islamic Rule.

The book is the first of its kind, covering centuries of Coptic oppression and bloodshed from the Arab-Islamic invasion in the seventh century till the present. The book examines a period of history that is oft overlooked in modern narratives regarding Egypt and within national textbooks in a overt effort to minimize Coptic suffering and contributions to Egyptian society.

Professor Lord Alton, Professor of Citizenship at Liverpool John Moores University says in the book’s Afterword: “With Egypt’s Copts targeted as part of a bloody and systematic campaign of genocide against the ancient churches of the Middle East, Adel Guindy has produced a timely and authoritative account of their story. It deserves to be widely read.”

As the author puts it, “The book was written for the layperson while respecting academic standards. Naturally, it sympathizes with the Copts, but without aggrandizing or self-pity.”

A Sword over the Nile is available for purchase around the world on Amazon and other outlets, in hardback, paperback, and e-reader versions.

Mr. Guindy has long been recognized as a leading expert on Coptic issues. In addition to his role founding and leading Coptic Solidarity, he has testified for the US Congress and helped initiate Coptic Solidarity’s annual conference which is the primary Coptic policy event worldwide.

He was the international senior editor of Watani, a weekly Coptic newspaper from 2003 – 2011. Guindy previously authored three books in Arabic as well as many articles in Arabic, English, and French regarding Coptic affairs and Islamic extremism. His expertise has been sought for Ph.D. theses, including in Germany and France. 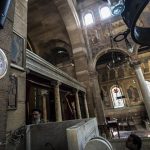 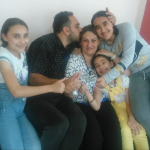