As 2019 drew to a close, I reviewed a number of Coptic issues that had not been resolved during the year, meaning they had to be carried into 2020 for resolution. The luggage we carry into 2020>>

Today, more than two months into 2020, I revisit these problems to update them; in some cases the update is positive, in others negative.

Among the most painful of the Coptic issues placed on hold and not resolved in 2019 was that of the repeated attacks waged by Muslim fundamentalist fanatics against Coptic churches, especially in Upper Egypt. These attacks are recurrent in villages and hamlets where the fundamentalists reject the idea of a church in their midst. This means that once Christians in these villages build or even plan for a church, they are targeted by the Muslim fundamentalists who then wage violent attacks against the Copts, their homes, or the building suspected of becoming a church.

I wrote that local administrative and security officials exacerbate the problem by refraining from taking the culprits to account and failing to empower the law. These officials even appease the assailants by closing down the churches in question or the buildings intended as churches, under the pretext of preserving social peace. Sadly, this issue remains unchanged, without any sign of positive change on the horizon. Churches that were closed have remained closed. The last of these was the church in the village of Fao Bahari in Deshna, Qena, the crisis of which I wrote about in my 19 January editorial under the title “Ululations at Cathedral, tears in Fao”. Ululations at Cathedral, tears in Fao>>

After the police had closed down the de-facto church of Fao, and banned any priest from setting foot in the village, those of the Coptic villagers who wished to celebrate New Year Eve and Coptic Christmas Midnight Mass—Copts celebrate Christmas on 7 January—had no option but to travel either on foot or in primitive transport means some 10 kilometres to the nearest village that included a church. I wrote that as Fao Copts suffered extreme injustice, President Sisi visited the Cathedral of the Nativity of Christ in the New Administrative Capital to wish the Pope and Coptic congregation a Happy Christmas. The President was warmly greeted by the congregation, and reciprocated by warm words to the Copts. I imagine that, as they saw the President’s visit on TV, Fao Copts must have recalled the Egyptian folk saying: “I like what I hear you say, but wonder at what I see you do”.

Another of the Coptic issues unresolved in 2019 and carried into 2020 pertained to the process of legalising unlicensed churches, according to the 2016 Law for Building and Restoring Churches. I assessed the work of the Cabinet Committee tasked with approving the legalisation of unlicensed churches and affiliated buildings built before the 2016 law. Copts had for centuries on end been almost unable to obtain license to build or restore churches which they direly needed in view of the expanding population and the natural decline of existing church buildings, so had resorted to building unlicensed ones. The 2016 Law for Building and Restoring Churches rectified that situation and made provision for legalising unlicensed churches and Church-affiliated buildings. Legality is only finalised, however, once the buildings meet civil defence protection requirements, and pay any dues required by the law.

At year end 2019, the figures announced by the Cabinet showed that the committee progressed very slowly on its task, in a manner that did not match the spirit of the law which that committee was charged with applying. Since it started on 28 September 2017 and until December 2019, the committee had approved for legality 1322 cases out of a total 3730 that had officially applied for legalisation; meaning it had taken 27 months to complete 35 per cent of the task.

The third issue carried into 2020 is one the resolution of which many Copts, including myself, anxiously await. This is the prospective unified family law for Christians in Egypt, an entitlement granted by the 2014 Constitution in its third article.

Christians of various sects in Egypt: Orthodox, Catholic, and Protestant have all been looking forward to such a law. Whether because courts of law would then rule on Christian family matters according to Christian doctrine, or because a new law would resolve issues that are now insolvable for some Christians, the prospect of the new law is cause for general comfort among Christians.  Yet despite the constitutional entitlement and the arduous four-year effort by the three major Churches in Egypt to draft the law, 2019 closed with the draft not yet signed. This meant it could not be handed to the government for revision and approval so that it would go to the House of Representatives for discussion and enacting into law. Three weeks ago, however, Watani published the good news that the Catholic Coptic Church, which had to obtain approval from the Vatican on the Catholic-related provisions of the law, had finally received that approval. We are now waiting for representatives of the three Churches to meet one last time to sign the draft law and submit it to the government. I am hopeful that the House of Representatives would pass the unified family law for Christians during its current round, especially that this is its fifth and final round. Once it closes, a new parliament should be elected.

Update on Coptic issues carried into 2020 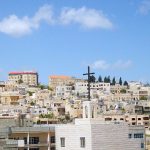 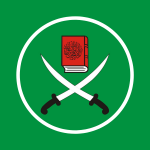