According to the report, the Muslim Brotherhood and ISIS have, through a number of fatwas, called on Muslims to produce “human biological weapons” to attack the enemies of Islam.

As countries across the world are turning themselves inside out to prevent the spread of the coronavirus, Muslim extremists and terrorists have been expending their energy on promoting terror attacks against other Muslims as well as “infidels.”

These terrorists and extremists are probably praying for the “infidels” to discover a vaccine for the virus — thus enabling them to return to their mosques and resume their calls for killing the “infidels.” Many Arab and Islamic countries have banned prayers in mosques to help prevent contagion during the war on the coronavirus.

As scientists and other “infidels” around the world, including Israel, are working around the clock to find a vaccine for the virus, the Muslim Brotherhood organization and some of its allies are issuing fatwas (Islamic religious opinions) that expose dangerous goals, a dangerous ideology, and a disregard for human life.

Sheikh Aid al-Qarni, for instance, long affiliated with the Sahwah (“Awakening”) branch of the Muslim Brotherhood, said — before his detention, death sentence and public recantation in Saudi Arabia:

“I pray to Allah that He will make the enemies fall into their own trap and that He will destroy the Jews and their helpers from among the Christians and the Communists, and that He will turn them into the Muslims’ spoils. I praise the Jihad, the sacrifice, and the resistance against the occupiers in Iraq. We curse them all of them every night and pray that Allah will annihilate them, tear them apart, and grant us victory over them… “

In another video, al-Qarni remarked, “Throats must be slit and skulls must be shattered…This is the path to victory, to shahada, and to sacrifice.”

An Egyptian writer, Amr Hosny, published an article in the Egyptian daily Al-Tahrir, accusing Arab and Muslim society of being oversensitive regarding the honor of Islam, and leading to them being violent and murderous towards others:

“Every time an extremist Muslims commits a horrifying crime against humanity, some people come out and shriek that he has nothing to do with Islam, while ignoring the fact that views and ideologies do not exist as abstract entities, but rather take shape in the minds and behavior of those who believe in them in accordance with the surrounding culture that defines the nature of their relations with the other. The culture of our Islamic societies in this generation, particularly Arab societies, produces a violent Islam whose believers simply murder anyone who disagrees with them under the pretext of being offended. This, while they [the Muslims] never consider anyone else’s feelings but their own…

“Omar Mateen, the young American Muslim of Afghan origin who massacred 50 homosexuals, was offended because he saw two men kissing, but was not [offended] by [the act of] murdering 50 people. After all these crimes, members of other cultures more readily accept extremism on behalf of their governments and people against Muslims [in general] and Arabs in particular, since [in their eyes] they are [all] potential terrorists who must be uprooted from their societies.

“We must recognize the existence of a flaw in the Islamic culture – particularly the Arab [Islamic culture] – that beats in the heart of the Muslim… and causes him to become convinced that the other deserves to be killed if he offends [the Muslims’] religious sensibilities…” [Tahrirnews.com, June 14, 2016].

Dr. M. Zuhdi Jasser, in a hearing before the US House of Representatives, noted the words on the logo of the Muslim Brotherhood:

“The next slide looks at the logo…. They have not changed their logo. And at the bottom, under those swords, which are not peaceful, that are not violent symbol, it says wei du (pu) [peace be unto Him] …from chapter 8, verse 16 [60, ed. The recorder evidently misheard] of the Koran, and it says “make ready.” And it’s not the Boy Scouts’ “be prepared, make ready.” (p. 41)

For the record, Chapter 8, verse 60 of the Quran states:

“And make ready against them all you can of power, including steeds of war (tanks, planes, missiles, artillery, etc.) to threaten the enemy of Allah and your enemy, and others besides whom, you may not know but whom Allah does know….” – Mohsin Khan translation.

“And if you look at the motto it says, as has been pointed out, that death for the sake of God is their highest aspiration….

“The Muslim Brotherhood has never condemned theologically or ideologically the use of terrorism. And if they have it’s been a cover, since they’ve reverted to that repeatedly.

“Recep Erdogan, the head of the Muslim Brotherhood group in Turkey, also known as the AKP, said: Democracy is like a train; we ride it until we get where we want to go and then we get off.” (p.41)

The Global Fatwa Index (GFI) organization, affiliated with Egypt’s Dar al-Ifta and General Secretariat for Fatwa Authorities Worldwide, disclosed on March 16 that it had been monitoring and analyzing numerous fatwas on the coronavirus.

The group found that a large number of the fatwas related to the disease came from “unofficial” bodies and individuals.

The GFI Index concluded that “extremist organizations and terrorist groups are exploiting the outbreak of the virus to implement their ideology, spread chaos, terror and panic, and call into question the nation’s institutions and leaders.”

According to the report, the Muslim Brotherhood and ISIS have, through a number of fatwas, called on Muslims to produce “human biological weapons” to attack the enemies of Islam. They have also ruled that Muslims who die of the coronavirus are considered “martyrs.”

The report went in to say that the Muslim Brotherhood and Salafism, a revivalist movement within Sunni Islam which had roots in the 18th-century Wahhabi movement that originated in modern-day Saudi Arabia, have ruled that the virus is a “divine punishment for those who banned the niqab,” a garment of clothing that covers the face, worn by some Muslim women as a part of an interpretation of hijab (modest dress).

The two groups, the Muslim Brotherhood and Salafism, have also ruled that the outbreak of the coronavirus was a divine punishment for the persecution of Uighur Muslims by China.

In August 2018, a UN committee heard that up to one million Uighur Muslims and other Muslim groups could have been detained in China’s western Xinjiang region, where they are said to be undergoing grisly “re-education” programs.

According to the GFI report, the Muslim Brotherhood and some Salafists “continue to use the [virus] to implement some of their literature, as they have linked the outbreak of the epidemic to the banning of the niqab inside Egyptian universities and institutions.”

The report pointed out that 55% of the “unofficial” fatwas of the Muslim Brotherhood and Salafists focused on the issue of divine punishment, with some asserting that the coronavirus was God’s “revenge” against China for its persecution of Muslims.

In addition, 35% of the fatwas judged that the outbreak of the virus underscored the need for women to wear the niqab.

The report noted that Islamist cleric Osama Hijazi recently claimed that wearing the niqab is an “effective treatment” for the coronavirus. In his opinion, “the World Health Organization should order the countries of the world to compel men and women to wear the niqab.”

Some Muslim extremists and terrorists, on the other hand, are trying to make financial profit out of the coronavirus, the report added.

“Coronavirus is treated by Prophet Mohammed’s beloved ones,” a Mauritanian sheikh, Yahthia Ould Dahi, recently said, “and there’s no need to be worried. They are prepared to travel to China to treat it, God willing. The cost of treating this epidemic varies according to the patients, their circumstances and their (financial) capabilities.”

An Egyptian Muslim Brotherhood fugitive, Bahjat Saber, has been using the outbreak of the virus to call for carrying out terrorist attacks against the Egyptian authorities. Saber urged Muslims who have the flu, or who are suspected of being infected with the coronavirus, to enter police stations and other government institutions in order to spread the disease.

The report noted that an intelligence document leaked by the Iraqi Ministry of Interior revealed that ISIS was seeking to recruit its coronavirus-infected members to act as “human biological bombs” in various parts of Iraq. So, ISIS wants to use its members to spread the virus among Iraqis.

The good news is that the rulings of the terrorists and extremists do not represent the views of the leading Islamic religious authorities in most Arab and Islamic countries. The bad news is that extremist Muslims and their allies are again exposing their contempt for human life, including the life of Muslims who oppose their ideology, terrorism and jihad. These are the Muslims (apart from Sheikh al-Qarni) that urgently need the world’s help.

Bassam Tawil is a Muslim Arab Based in the Middle East 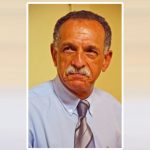 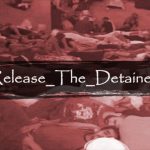