On September 23, 2019,  President Trump hosted an event at the UN General Assembly entitled “Global Call to Protect Religious Freedom,” making him the first sitting US President ever to host a global event on religious freedom. During the event he reiterated the US government’s commitment to protecting and promoting religious freedom worldwide. 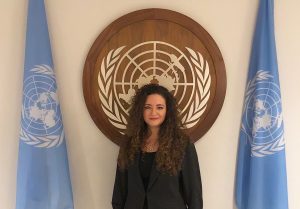 The Trump administration has made historic strides on international religious freedom, having hosted 2 annual Ministerials to Advance Religious Freedom with hundreds of participants from around the world representing a wide variety of faiths, a monumental commitment to creating greater awareness and action on behalf of millions suffering persecution worldwide.

This administration has committed numerous resources and is implementing many innovative strategies including pledging an additional $25 million on Monday towards  protecting religious sites and relics, forming a coalition of private businesses to support and promote religious freedom, creating the first International Religious Freedom Alliance, an international body dedicated to promoting Freedom of Religion or Belief. Additionally, they have spearheaded several new statements and policies including the Potomac Declaration and Potomac Plan of Action which enunciate the US government’s commitment to promoting religious freedom as a universal right, and numerous other critical statements such as the Statement on Blasphemy/Apostasy Laws, and the Statement on Counterterrorism as a False Pretext for Religious Freedom Repression and gathering co-signatories for these initiatives from other countries.

On a whole, the Trump Administration has invested unprecedented resources and attention to the promotion of religious freedom. Coptic Solidarity applauds this commitment and the assistance that has been provided to individual prisoners of conscience such as Pastor Andrew Brunson who was released from prison in Turkey due to President Trump’s negotiations, and to the communities who were largely ignored previously, such as the hundreds of Christians killed each year in Nigeria, the Muslim Uyghurs in China that are undergoing persecution, and the Christians and Yezidis who continue to suffer in Iraq and Syria.

Yet, there are other areas of persecution  to which the Trump Administration seems to have turned a blind eye, prioritizing other US interests. Two of the most flagrant violators are Saudi Arabia and Egypt. Saudi Arabia still has not permitted the construction of a SINGLE church in the entire country. Christians and other religious minorities must practice their faith privately, if at all. On numerous occasions, Christians have been arrested for meeting together for small services in homes. The concept of religious freedom is antithetical to Saudi law which is based on Shari’a.

The situation for religious minorities in Egypt has steadily declined under Sisi’s administration. There is extensive documentation of the decimation of civil society, undermining of human rights, regular imprisonment and torture of religious minorities and any considered a “threat” to the regime, not to mention the numerous violent attacks on Coptic individuals, churches, homes, and businesses. Coptic Solidarity recently published an article illustrating how religious minorities do not have equal citizenship rights in Egypt and are treated as second class citizens. The information was based off of the US State Department’s own Annual Religious Freedom Report.

Despite this, President Trump, Secretary Pompeo, and Members of Congress, and members of the US Commission on International Religious Freedom have all made public statements praising Egypt’s progress on religious freedom, giving disproportionate credit for token gestures in defiance of the ongoing reality of systematic persecution. President Trump has treated President el-Sisi as a great friend, praising his leadership. Secretary Pompeo also praised el-Sisi during his January 10, 2019 speech in Cairo saying,

I also applaud President Sisi’s efforts to promote religious freedom which stands as an
example for all leaders and all people of the Middle East.

Coptic Solidarity has published numerous responses to these inaccurate claims including:

While there are many areas of progress in the promotion and protection of religious freedom under the Trump administration, the continued contradictory messages and inequitable policy applied to countries such as Egypt and Saudi Arabia only serve to disenfranchise religious minorities there. Blanket approval of this incongruous policy on religious freedom by some Trump supporters and sympathetic NGOs ultimately undermines the hope of millions achieving equality and religious freedom.

If religious freedom is truly a God-given right, not one emanating from a government, and a sacred, foundational principle upon which the US is founded, as President Trump indicated Monday, why should that right not be extended to all individuals equally, regardless of their faith, nationality, or government?

Finally, and specifically concerning Egypt, Coptic Solidarity certainly supports maintaining a strong relationship between the US and Egypt, but would like to see more concrete efforts towards advancing the cause of civil and religious rights in the country and combatting the rampant Salafist dominance of the society, seemingly under the benevolent eyes of  President el- Sisi’s regime. 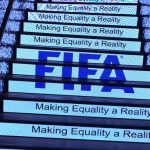 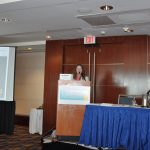