Egypt’s leading authorities have reinstated a notoriously “radical” cleric and hate preacher to the pulpit (minbar), despite strong opposition.

According to Arab Weekly, “The Egyptian Ministry of Religious Endowments, which controls the mosques, gave Yasser Burhami, the deputy head of the Salafist Call, the umbrella organisation of Salafi movements, approval to deliver sermons before Friday prayers at the Wise Caliphs Mosque in Alexandria.”

“Everybody is shocked at the decision to allow this man to preach at the mosques,” said Saad al-Zunt, the head of the Strategic Studies Centre, a local think-tank.

“Salafists adhere to a strict version of Islam,” the report explains.  “They do not believe in women’s rights and call for women to be clothed from head to toe. The Salafists adopt a hostile stance towards non-Muslims, saying they are not full citizens.”

Indeed, Sheikh Yasser al-Burhami has authored numerous fatwas—edicts based on Islamic scriptures—that demand hate and hostility for non-Muslims, most specifically the nation’s largest and most visible minority, the Christian Copts, whom Burhami has referred to as “a criminal and infidel minority,” one that he regularly  invokes “Allah’s curse” on.

For example and in keeping with the doctrine of al-wala’ w’al bara’ (“Loyalty and Enmity”), Burhami has called on all Muslims to hate all non-Muslims—going as far as to say that, although a Muslim man is permitted to marry Christian or Jewish women (ahl al-kitab), he must make sure he still hates them in his heart—and show them this hate—because they are infidels; otherwise he risks compromising his Islam.

Burhami has stated that churches—which he refers to as “places of polytheism (shirk) and houses of infidelity (kufr)”—must never be built in Egypt.  He issued a separate fatwa forbidding Muslim taxi and bus drivers from transporting Christian clergymen to their churches, an act he depicted as being “more forbidden than taking someone to a liquor bar.”

Burhami has also stated that Egypt’s Christians must pay jizya—“protection” money in exchange for a measure of tolerance, a la Koran 9:29—or be fought to death.

Even so, the wily sheikh insists that circumstance is the ultimate deciding factor.   In a 2013 video, Burhami saidthat “Destroying churches is permissible—as long as the destruction does not bring harm to Muslims, such as false claims that Muslims are persecuting Christians leading to [foreign] occupations.”

He further added that “the reason we agree to their being built … and the reason we do not collect the jizya from the Christians, is because the condition of Muslims in the current era is well known to the nations of the world—they are weak and deteriorating among the people.”

Burhami went on to explain that, when the Muslims first conquered Egypt in the seventh century, and because Christians still far outnumbered their Muslim overlords, churches were allowed to remain—“just as the prophet allowed the Jews to remain in Khaibar after he opened [conquered] it, but once Muslims grew in strength and number, [second caliph] Omar al-Khattab drove them out according to the prophet’s command, ‘Drive out the Jews and Christians from the Peninsula.’”

Burhami elaborated on the importance of circumstances in an earlier video:

The Jews of Medina represent a paradigm—laid by the prophet [Muhammad]—that shows how Muslims should deal with infidels. ….. Today in Gaza, we do not tell Muslims to launch rockets every day and so destroy the country, but we tell them “Refrain from action and respect the truce.” When the Prophet first arrived in Medina, he made conciliation with the Jews, conciliation without jizya [i.e., equal-term conciliation without forcing Jews to pay tribute and live as second-class dhimmis]—this is a pattern that can be followed whenever circumstances dictate….  Yes we can deal with those Christians [Egypt’s Copts] as the Jews were dealt with in Medina; it is an option. The Prophet made the Hudaybiya Reconciliation with the infidels and held a truce for ten years [which he abrogated on becoming stronger]; that is also an option…. So, it is legitimate to choose from examples set by the Prophet, depending on what suits the situation of Muslims now.

In plain language, when strong, wage jihad—including by destroying churches and forcing jizya/extortion money from non-Muslims; when weak, preach peace and coexistence, including with the “archenemy,” Israel.

One can go on and on with Burhami’s fatwas—including calling for the persecution of apostates, permitting Muslim husbands to abandon their wives to rape, permitting “marriage” to 12-year-old girls,  and banningMother’s Day—but his quality should be evident by now.

Dr. Naguib Ghobrial, a Coptic activist, politician, and head of the Egyptian Union for Human Rights Organization—which over the years has lodged 22 separate complaints against Burhami—expressed his shock concerning the hate preacher’s reinstatement in a recent video.  He repeatedly questioned the leading religious authorities of the Egyptian Ministry of Religious Endowments, and the Grand Imam of Al Azhar, how they could allow for the return of Burhami:

Is what Burhami teaches truly what Islam teaches—is that why no one has done anything to him [in regards to the 22 complaints lodged against him]?  Truly I’m shocked!  Please answer Sheikh of Al Azhar; please answer Grand Mufti: are the things Burhami teaches what Islam teaches?  Is this why none of you oppose him or joined us when we lodged complaints against him?… Why are you so silent? Amazing!

Egypt’s Muslim leaders are not alone in their silence and/or complicity; as the Arab Weekly explains, Egyptian President Sisi is also involved, even if for “political” reasons:

By allowing the Salafists to be present, despite public opposition, Sisi perhaps wants to discredit Muslim Brotherhood propaganda that his government is waging a war against Islam, in general, and political Islam, in particular.  Sisi has been a champion of religious reform, calling several times for removing extremist content from textbooks used in religious schools, reforming religious discourse and renewing the understanding of religious texts….  Sisi, however, appears to be repaying the Salafists [Egypt’s most radical Muslims] for backing him all through.

At day’s end, and whether for political or religious reasons—which in Egypt are often one and the same—the reinstatement of a notorious hate preacher is an official nod from the nation’s highest religious and political authorities to the ongoing radicalization of Egypt—with the nation’s Christian minority the first to feel the brunt. 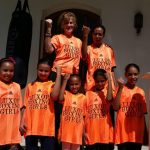 Luxor Boxing Girls: How I Punched My Way Out of Christian American PatriarchySelected Opinion 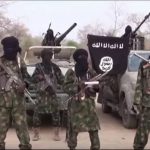