Turning charismatic autocrats into icons of progress is one of the more annoying habits of the left. Che Guevara should be remembered as a common murderer. Instead he has been turned into a cool campus symbol of opposition to capitalism.

While the recently-deceased, and charisma-challenged, former president of Egypt, Mohamed Morsi, will probably not wind up on t-shirts signaling radical chic, he is nevertheless undergoing in death a near deification that comes closer to the post-mortem reinvention of [the late Iranian Prime Minister] Mohammed Mossadeq than of Che Guevara.

The rewriting of Morsi’s history is occurring at a much faster pace than the decades it took to resurrect Mossadeq. Most of the Morsi obituaries elevate his reputation in order to stain, by comparison, the current leader of Egypt, Abdul Fattah al-Sisi. In death, Morsi is becoming a tool to fight Sisi, just as Mossadeq became a tool to fight the U.S.

Such obituaries detail the harsh conditions under which Morsi was imprisoned, though few mention that he escaped from prison in 2011 along with members of Hamas and Hezbollah. But the one thing all of Morsi’s eulogizers want known it is that he was “the only democratically elected president of Egypt.” Every single eulogy mentions that detail.

Assuming Morsi’s election was legitimate (and not everyonebelieves so), winning one election does not make one a democrat. And Morsi was no democrat.

Just as Mossadeq’s Communist connections are often omitted from narratives of his life, so too is Morsi’s Islamist ideology. Of course, they mention his Muslim Brotherhood membership, but few spell out the ramifications. For instance, Morsi co-authored a 2007 Muslim Brotherhood Guidance Council document that called for the exclusion of women and Coptic Christians from serving as president. Somehow this detail was left out of Time magazine’s obituary calling Morsi “The Arab World’s Lost Promise” and describing him as a “middle class, professional (engineering degree from USC), with a neat beard and self-confidence verging on smugness.”

Also like Mossadeq, Morsi had a taste for power. When his Islamist agenda was thwarted, he too gave himself more power than was entitled to his office. His November 2012 decree effectively made him Egypt’s chief executive, granted him immunity from Egypt’s judiciary, and conferred upon him the role of legislator empowered to write a new Islamist constitution. If this is democracy, the Middle East is full of them. When people protested Morsi in Tahrir Square, he did what Mubarak did when people protested him in Tahrir Square: he had them killed.

Just before he assumed the office, Morsi announced that he would do his best to free Omar Abdel Rahman, the so-called “blind sheikh” and mastermind of the 1993 World Trade Center bombing then serving a life sentence in a U.S. supermax prison. As president, he appointedMuslim Brotherhood ideologues as regional governors, including Luxor, where he named as governor a member of Rahman’s terrorist organization, the Gama’a Islamiya.

The New York Times noted that Morsi “developed a warm working relationship with Barack Obama” and exaggerates his role in stopping what it calls “a bout of fighting between Israel and the Palestinian militant group Hamas.”

Even those who acknowledge that Morsi was a failure cannot resist blaming Sisi, who “made a hero out of a villain,” according to Khaled Diab at the Washington Post.

Others, like Peter Hessler at the New Yorker, use Morsi to beat on Trump: “given all the suffering of Morsi and other Brothers, it would be absurd for the Trump Administration to follow through on threats it has made to designate the group a terrorist organization.”

Academics have long been among Morsi’s most enthusiastic defenders. When he was deposed, many Middle East experts came to his defense. Tariq Ramadan, whose grandfather Hasan al-Banna founded the Muslim Brotherhood, called Morsi’s ousting in 2012 “a media-military operation of the highest order,” implying darkly that “the silence of Western governments” indicated their complicity. Ramadan, who faces rape charges in France and seems to fill his time retweeting articles from Democracy Now! and The Intercept, managed one of his own on June 19 – simply “Morsi was killed.”

The day after Morsi’s death, director of the Center for Middle East Studies at the University of Denver, Nader Hashemi, tweeted: “So who is responsible for Morsi’s death? Look around you. They call themselves the leaders of the free world.” And: “Indirectly, Western liberal government’s [sic] who have embraced Sisi, are also responsible.”

Hatem Bazian, director of the Islamophobia Research and Documentation Project at UC-Berkeley and an apologist for Palestinian terrorism against Israel, is currently circulating a petition to get the UN to investigate Morsi’s “murder.”

Professor of Islamic studies at the University of Notre Dame Ebrahim Moosa blamed poor medical treatment for Morsi’s death and warned ominously that “his death could trigger political action on the part of his followers.”

Hafiz Mohammed Khalid Sidiqqi, who lectures at a variety of colleges in California, offered the most creative explanation in his Friday, June 21, sermon from the Majsjid Darussalam mosque in San Francisco: “Mohammed Morsi, the only democratically elected president of Egypt, was killed by . . . Zionist agents . . . who are working for Satan.”

Samer Shehata, professor of Middle East studies at the University of Oklahoma, proclaimed Morsi an “accidental president” and offered this incisive analysis: “He really was a man of the people in one sense. He wasn’t overly cosmopolitan. He certainly wasn’t elitist; I’m sure he preferred tea to cappuccino or lattes or anything like that.”

But the most enthusiastic of Morsi’s academic acolytes is the son of convicted Palestinian Islamic Jihad planner and fund raiser Sami Al-Arian, Georgetown University in Qatar’s own Abdullah Al-Arian, who helped the eulogizers at Al-Jazeera by portraying Morsi as a hapless democrat facing circumstances he didn’t understand. “One of Morsi’s biggest mistakes,” al-Arian offers, “was that he led people to assume that he’d taken the reigns of the state when in fact he hadn’t.” In his own fawning obituary published in Opinion Nigeria, al-Arian blames “bureaucrats . . . an oligarch class . . . political opposition . . . foreign governments . . . and, of course, the Egyptian armed forces” for Morsi’s failure. His legacy, much like the reinvented legacy of Mossadeq, Al-Arian claims, is that of a “momentary hope for a democratic future.”

Perhaps the most honest Morsi eulogy came when Muslim Brotherhood television personality Moataz Matar admitted that “every missile launched by the resistance forces in recent years – by the Al-Qassam [Brigades] in Gaza and all the resistance factions – has had Dr. Morsi’s fingerprints on it.”

Morsi’s supporters will wield a hagiographical interpretation of his rule as a weapon against Sisi and the West as long as he remains in power. Should Islamists regain control in Cairo, Morsi may achieve in death a success that eluded him in life. And once again, the media and academe will lead the way in distortion.

A.J. Caschetta is a Ginsberg-Ingerman fellow at the Middle East Forum and a principal lecturer at the Rochester Institute of Technology. 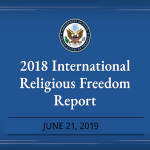 The US Annual Report on International Religious Freedom: How Egypt’s constitutional articles on freedom of belief and shari’a are portrayedSelected Opinion 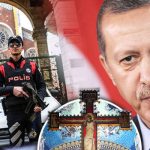 Turkey: No Rights for the Country’s Indigenous Christian People?Selected Opinion