Three times more journalists were jailed this year on “false news” charges than in 2016 — and Egypt led the way.

According to a new report published by the Committee to Protect Journalists today, the number of journalists charged with publishing “false news” in 2018 rose to 28, out of a global total of 251 imprisoned. That’s seven more than last year’s count and a dramatic increase from just nine two years ago.

In Egypt alone, 19 journalists have been imprisoned this year on false news charges, according to CPJ. Some have disappearedentirely. This is more than twice all other countries put together: Cameroon jailed four journalists for false news in 2018, followed by Rwanda with three and one each in Morocco and China — despite the fact that the last country ranks second in the world for imprisoning journalists for a variety of “offenses,” with 47 behind bars.

In an email to Poynter, CPJ said a “false news” classification reflects “actual legal charges levied against that journalist in countries that have such laws on the books.” That differs from general anti-state charges — which make up nearly three-fourths of the charges against journalists that CPJ documented this year — which can include terrorism, espionage and insurrection.

The influx of detentions in Egypt, which CPJ called “fresh waves of repression,” comes after a crackdown from President Abdel Fattah el-Sisi in February, when the government ordered state prosecutors to monitor media outlets for allegedly false reports. The move is part of a larger restriction of press freedoms in Egypt, where journalists told Poynter they’re afraid to do their jobs.

“It’s a sensitive topic because I’m based in Cairo and it kind of can be traced to me,” said an Egyptian journalist to whom Poynter granted anonymity to protect her identity. “I feel terrible. I do not feel safe doing my job at all, and it’s really annoying.”

The country has made headlines over the past few months for a new law billed as an action against misinformation, which passed in July. Under the measure, any account or blog with more than 5,000 followers on sites like Facebook and Twitter will be treated like a media outlet, which — under the country’s existing laws — can be prosecuted for publishing “fake news.”

While supporters of President Abdel Fattah al-Sisi say the new law safeguards freedom of expression, advocates have lambasted the legislation as another effort by the Egyptian government to imprison more journalists. The Egyptian journalist said that, given this year’s arrests and the fact that the law hasn’t gone into effect yet, the latter is the more likely outcome.

In September, one human rights activist was sentenced under false news charges to two years in prison after posting a video criticizing the government over the level of sexual harassment in the country, the BBC reported. In October, an author was arrested on similar charges for his book challenging Egypt’s economic policies. Even the son of jailed former president Mohamed Morsi has been detained.

Many journalists are being held in “arbitrary detention,” which grants Egyptian authorities the right to detain someone for any reason at all for a maximum of two years. The Egyptian journalist said police will stop journalists in the street and say they’re being detained for 15 days. During that time, they don white jumpsuits, blue if they’re awaiting trial.

But then their detention is renewed.

According to CPJ, prosecutors have repeatedly re-upped the 15-day pre-trial imprisonment for blogger Mohamed Ibrahim, who was arrested in April after he covered allegations of election irregularities and police abuse. Known as “Mohamed Oxygen” online, he’s one of more than 40 defendants in one case who are being charged with false news. Then there’s photojournalist Mahmoud Abou Zeid, known as Shawkan, whom Egyptian authorities have charged with a variety of crimes to keep him in prison since Aug. 14, 2013.

“It’s an endless loop. As long as you’re voiceless, you’re there and no one cares about you,” the Egyptian journalist Poynter spoke with said. “They just detain you. That’s it.”

In October, Reporters without Borders (RSF) asked the United Nations Working Group on Arbitrary Detention to recognize the illegitimate detention of two journalists who have been imprisoned. One of them has been accused of publishing false news (although the government has not provided a reason for that charge) and one of them has been detained on terrorism charges for more than three years.

“Ever since Gen. Sisi seized power in Egypt in 2013, the press freedom situation has worsened steadily while the number of arbitrary arrests of journalists has continued to grow,” said Paul Coppin, the head of RSF’s legal unit, in the August article.

“The detention of journalists is nothing new for Egypt, but it used to happen for reasons such as attempting to toppling the regime or destabilizing the society,” said an Egyptian fact-checker, whom Poynter also granted anonymity to protect his identity. “However, since fake news became a buzzword after Trump’s election … the regime has been using the same trendy word for achieving the same mean: detaining journalists and online activists.”

He said that Egypt’s new cybercrime law is pretty vague and it doesn’t do much to prosecute journalists outside of existing laws, not to mention the fact that hundreds of websites are blocked. But it will further legitimize the government’s continued censorship of the internet — particularly for everyday citizens.

“It is just an attempt from the government to justify their curb on freedom of expression and to reason their arrests to the wider public and the world,” he said. “It is also an attempt to silence the vast majority of citizens from expressing their opinion on social media, being afraid of being tracked and jailed.”

In 2015, a 22-year-old law student was sent to jail for posting an image on Facebook of Sisi wearing Mickey Mouse ears. A military prosecutor indicted him and he was sentenced to three years behind bars for the “inappropriate” picture. The fact-checker told Poynter that, while the terms have changed, the cybercrime law tries to do the same thing: evoke fear.

And, on the ground, the Egyptian journalist said it’s working.

“The thing about Egypt is that you can be detained for anything. Even if you try to be careful, you don’t know what I should be careful for,” she said. “They create these big cases and they leave it open for years just to terrify people.

“It’s a very hard time to be a journalist at all in Egypt.” 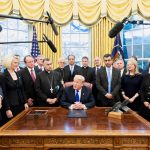 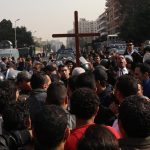