“I believe in my religion and in Jesus Christ, who died on the cross for the sins of mankind.”

These are words that many Christians have said, or something similar. Even if you haven’t said them, you most certainly believe in your neighbor’s right to say them. But for too many people around the globe, words such as these can be a death sentence. I’ve made it a personal mission of mine in office to stop the United States from funding or being allied with places that persecute Christians.

One such case is Pakistan and the story of Asia Bibi, a Christian who was on death row for blasphemy. She says it all began when she drew water from a Muslim villager’s well. A few days after the initial incident, where she made the statement mentioned above, she was confronted by a crowd chanting, “Death!  Death to the Christian!”  She pleaded for her life. She was pelted with stones, punched in the face, and dragged through the streets. The local Imam finally intervened only to say, “If you don’t want to die, you must convert to Islam.” The crowd descended on her again, beating her with sticks. She refused.

Finally, the police stopped the attackers, only to arrest her. They put her in jail, where she remained from 2010 to last month. She was recently released from Pakistan prison, but she is not free.

Amid protests in Pakistan from the extremist TLP party, the government has now refused to let her leave the country, putting her on their no-fly list. The protests and threats continue. It is only a matter of time before she is killed.

That’s why I’ve asked President Trump to personally intervene and to urge the Pakistani government to release Asia Bibi to the United States.

I’ve been trying to fight for Asia Bibi for years now. I spoke about her in speeches starting in 2012. I wrote about her in op-eds and in one of my books.

During my time in Congress, I have introduced legislation to directly go after Pakistan’s foreign aid and turn up the pressure on them to release Asia Bibi and stop persecuting religious minorities.

Until Asia Bibi is freed, Pakistan should not receive a penny of U.S. aid! Not one penny should go to any nation that persecutes or kills Christians!

You would think your representatives would get that message, but they don’t. In 2014, I pushed legislatively to stop foreign aid to any country that gives the death penalty or life in prison to Christians for religious choices. Both Republicans and Democrats voted overwhelmingly to continue funding countries that persecute Christians. The committee voted 16-2 to keep sending aid to such countries.

I can assure you this wouldn’t be the result if we let Americans vote on it. Common sense isn’t so common in Washington, D.C., so I’ve been fighting this uphill battle on foreign aid subsidizing the war on Christianity for years, nearly alone.

But Donald Trump has the chance to do things differently. He’s already signed legislation taking away aid from the Palestinian Authority, and he also taken away some aid from Pakistan for other problems.

He has the chance to both fix a huge human rights problem while attacking the D.C. foreign policy swamp that loves foreign aid more than nearly anything else. 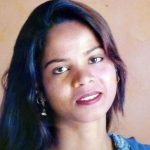 Why We Should Give Asylum To Asia BibiSelected Opinion 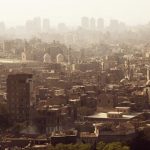