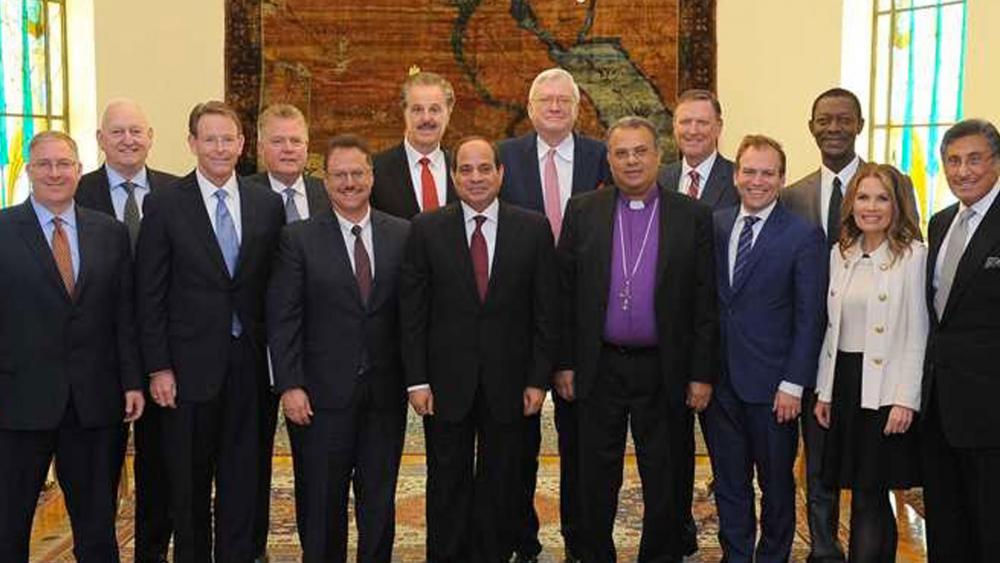 With President Donald Trump’s support among evangelicals sliding ahead of next month’s mid-term elections, the White House is seeking to energize the republican base by highlighting his administration’s special treatment of Middle Eastern Christians and Israel.

Shortly after a Reuters poll last month revealed that Trump’s approval among white evangelicals had fallen from 73% at the beginning of his presidency to 62% in August, Vice President Mike Pence warned a crowd of fellow evangelical Christians that they must surpass “the energy of the American left and their enthusiasm and passion” as Democrats threaten Republican control of Congress.

After Turkey finally released Brunson after two years in custody earlier this month, Trump hosted the pastor at the White House. During a 30-minute on-camera meeting in the Oval Office, Brunson knelt by the president in prayer and said that he had voted for Trump via absentee ballot from a Turkish prison. The political optics could not have been better for Trump, whose evangelical base has long pushed for Brunson’s release.

“No one … has been as kind and thoughtful to the persecuted Christians [in the Middle East] as this administration has been and that’s just the truth,” pastor Michael Youssef, the Egyptian-American leader of an evangelical megachurch in Georgia, told Al-Monitor in an interview. “He’s willing to risk some economic losses just to bring one pastor — Brunson — back.”

But the priorities of Trump’s evangelical base do not always mesh well with those of persecuted Christian communities in the Middle East.

Last month, for example, Trump discussed the “importance of religious liberty and progress in the treatment of Egypt’s Coptic community” during his meeting with Egyptian President Abdel Fattah al-Sisi on the margins of the UN General Assembly summit in New York, according to a White house readout. Some Copts however are critical of both leaders.

“Overall I do not think [Trump] has improved the situation,” said Lindsay Griffin, the advocacy director of Coptic Solidarity, a US-based group advocating for equal rights for Egyptian Copts. Griffin contends that Trump’s uncritical embrace of Sisi and the continual release of an annual $1.3 billion in military aid despite Egypt’s poor human rights record has given the Egyptian president a free pass.

“At first Copts were very supportive of [Sisi] because obviously they were happy to see [former President Mohamed] Morsi and the Muslim Brotherhood go,” Griffin told Al-Monitor in an interview. “Sisi has been giving free rein to the Salafis, who ideologically are just as extreme, if not more so.”

That did not stop Youssef and a delegation of American faith leaders on Trump’s evangelical advisory board from dispatching a delegation to meet with Sisi last year. The delegation resulted in a laudatory video on the Christian Broadcasting Network that Griffin called “cringe-worthy.”

But the evangelical leaders defended Sisi’s record, praising him for outlawing the Muslim Brotherhood after his coup against the democratically elected Morsi.

“The Muslim Brotherhood had infiltrated every area of life, so it’s going to take more than four or five years,” said Youssef. “There never used to be a single province governor who was Christian. Now [Sisi] has two.”

Middle Eastern Christians have also split with evangelicals over Trump’s decision to relocate the US Embassy in Israel to Jerusalem. After the move, Egypt’s Coptic Pope Tawadros II cancelled a meeting with Pence.

“Trump is the kind of man who says when I give you my word, I’m going to keep it,” said Youssef. “And even though some people really didn’t like it … they can see he’s nevertheless a man of his word.”

Many American evangelicals believe that modern Israel must expand its territory into its biblical-era boundaries, including the West Bank and Jordan, in order for Jesus Christ to return to Earth. As such, advocacy groups like Christians United for Israel have long pushed Washington to relocate its embassy to Jerusalem.

This belief is not shared by most of their Middle Eastern counterparts.

Palestinian Christians have also objected to Trump’s decision to eliminate economic aid to the West Bank and Gaza. The funding has jeopardized Palestinians in need of cancer treatment at Augusta Victoria Hospital, which is run by Younan’s church, and five other hospitals providing specialized medical treatment in East Jerusalem.

Even as Trump cuts aid for the Palestinians, he has fulfilled another promise championed by both American and Middle Eastern Christians — an increase in direct aid to Iraqi Christians. Advocates have been urging the United States to implement this policy since the Barack Obama administration, and they have found a champion in the current vice president.

“Under President Trump, the United States is no longer funding ineffective programs at the United Nations,” Pence said at the Values Voter Summit. He noted that the US Agency for International Development (USAID) is now providing funds directly to Iraqi Christians and “persecuted religious minorities to help them rebuild communities of faith in that ancient land.”

Iraqi Christians have long complained that US aid streams through the UN have been ineffective in rebuilding their communities in the mass displacement that ensued after the Islamic State’s genocidal campaign in 2014. Earlier this year, the United States made $75 million of its contribution to the UN Development Program, which oversees Iraqi stabilization aid, contingent on increased UN funding for Iraqi minorities.

Cardinal Louis Sako from Iraq’s Chaldean Catholic Community, however, told USAID Administrator Mark Green during a meeting at the Vatican this week that little progress has yet been made. But some advocates contend that aid has slowly started to trickle out after Green appointed Max Primorac as special representative for minority assistance programs.

And just this week, Deputy Secretary of State John Sullivan met with Iraqi Christian leaders in Baghdad. Soon after, the State Department announced another $178 million in direct assistance to Iraqi Christians and Yazidis, bringing the total to nearly $300 million.

Other Middle Eastern minority groups have also sought to capitalize on the strong evangelical influence within the Trump administration.

Lobbying disclosure forms reviewed by Al-Monitor indicate that the Syrian Democratic Council, a Kurdish-dominated opposition group, met with Brownback and Gary Bauer earlier this year. Bauer previously led both the Family Research Council and the Christians United for Israel Action Fund before Trump appointed him to the US Commission on Religious Freedom.

The outreach landed the Syrian council a coveted spot at the State Department’s July Ministerial to Advance Religious Freedom, allowing them to tout religious tolerance in Kurdish-controlled Syria.

But the ministerial was equally notable for countries that were not on the agenda. Griffin, who attended the summit, said rights violations in Egypt and Saudi Arabia were not addressed.

“We can’t give some people a free pass, which is really what I think happened [with] Egypt,” said Griffin. “I think the message the administration is sending is we don’t really care about human rights that much. It’s collateral damage to their main objective.”

In the middle of the ministerial, Pompeo released $195 million in Egyptian military aid, which his predecessor had held up over human rights concerns.
_________________________
Photo Credit: US Christian Delegation with Egyptian President Fattah Abdel el-Sisi, Photo, Courtesy Joel – The Christian Broadcasting Network 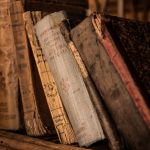 We Need Our Own Book Publishing PressSelected Opinion 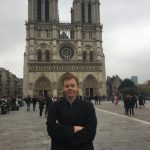