How lack of representation in the literary industry is hurting the Coptic community, and what we can do to take matters into our own hands

What I’m about to say is going to shock you: there isn’t a single fiction book written by a Copt in the history of the English-speaking Coptic Diaspora that has been published traditionally. That’s right: not a single Coptic person has ever published a fiction novel in English that a publishing company printed.

We’ve entered every other field in western society and excelled: we’re inventors, engineers, actors, doctors, thinkers, activists, and more. But for some reason, we’re not fiction writers.

That’s not to say that we’re not writers, period. That is far from the truth. On the contrary, we have several Copts who have written best-selling nonfiction books. For example, Marty Makary, a world-famous surgeon at John Hopkins, wrote a bestseller about Mama Maggie, and his other book “Unaccountable” is becoming the basis for a new network drama called “The Resident.”

At first, I thought it was just a coincidence. But recently, after delving into the world of fiction writing, I realized that the problem is systematic.

Let’s say you are a Copt who wants to write a Christian book and you want to get it traditionally published. So you Google “Christian publishing” on your laptop. The first thing that comes up is the Christian imprint (mini publishing companies) from major publishers, like Thomas Nelson. You click on them and look at their current authors. You see big familiar names (all white evangelicals) like Max Lucado and Billy Graham. You realize that this imprint is too big-league for you and you continue looking at other publishing companies.

Then, you start to notice a pattern. Every Christian publishing company on that first page of Google has something in common: they are Evangelical, and all- literally all- of the authors are white. They don’t even make a show of having a token minority on their author roster.

Then, you start to feel that tightness in your chest expand as you realize that state of “Otherness” that is always in the background, but you’re never aware of, start to surface. The truth is, as Copts, we are, and almost always have been, an “Other.” In Egypt, we are a minority. In America, we’re even more of a minority. Not a minority in the same way as we are in Egypt—where just stepping out of your apartment can be a dangerous feat– but a minority in that our stories and what we have to offer are not in the mainstream, and none of these Christian publishers would likely ever give you the time of day to talk about your different, colored, non-Protestant reality.

So, you open a new tab to do a different Google search. This time, you type in “Orthodox Christian Publishing.” Two major publishing companies come up: Paraclete Press and Ancient Faith Publishing, although Paraclete is Catholic. These companies are much more inclusive, and you can even recognize a few Coptic names on their author roster. However, these are the only two publishing companies that offer fiction submissions; the vast majority of Orthodox publishers only accept nonfiction or translations of the works of the Church Fathers. And on top of that, Ancient Faith is Eastern Orthodox. I’ve emailed them before and they said that they accept fiction works from Oriental Orthodox, but there is no denying that their main focus is on the Greek, the Serbian, and the Russian Orthodox communities.

At first, I thought there just weren’t many people interested in creative writing. We are a STEM (Science, Technology, Engineering, and Math) people, after all, with the mummification and pyramid building and all. However, after opening up a creative writing section on the Coptic Voice and being overwhelmed by the number of submissions I’ve received, I realized that supply actually isn’t the problem at all: it’s the lack of a proper outlet for their stories to be told.

For example, Mireille Mishriky is a Coptic fiction author who wrote the kid’s series “Philo and the SuperHolies.” However, after sharing a similar experience, she had to go through the self-publishing route. She says that “had there been more Coptic publishing options, [she] would not have had to self-publish.” Another writer, blogger, and Tasoni Laura Michael also says that a Coptic publishing company is “essential.”

So, this brings me to my main point: why don’t we have a book publishing company for Oriental Orthodox people? A platform where Indians, Ethiopians, Eritreans, and Egyptians can confidently submit their books without the fear that their novel won’t be accepted because it doesn’t fit the publisher’s mission? A place where, when one of us has a story on their soul that needs to be read, they can find us, and feel represented? It’s simple. There are many waiting. We just need to start.

We Need Our Own Book Publishing Press 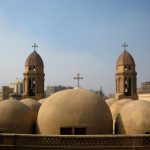 A Reflection on Coptic Martyr’s Day: A Call for American Christians to Care about the Coptic CommunitySelected Opinion 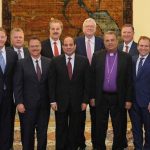