I get a lot of blank stares when asked what I do. For starters, many Americans have never heard of Copts. I’m certain some initially think I’m talking about cops or police. I then explain how Coptic Christians are some of the earliest Christians in the world, dating to when St. Mark brought the gospel to Egypt circa 60 A.D.

I try to explain that Copts now live as second- class citizens in Egypt, comparing them to pre-civil rights movement in the US, except that it’s even worse in Egypt. I conclude by saying that I work towards ensuring Copts and other religious minorities in Egypt are treated as equal citizens.

I know from my work with Coptic Solidarity (CS) that these are common questions Copts face in their communities. Many Americans may fail to realize the severity of the situation for Copts in Egypt because those they do encounter tend to be successful leaders in their industries.

Most Copts who emigrated while Sadat and Mubarak were in power were educated and had sufficient resources to build better lives for themselves elsewhere. Often their children are unaware or uninterested  in the situation of Copts in Egypt as they are so far removed from those experiences. Americans who encounter second generation Copts will typically hear even less about Copts in Egypt as they are so well assimilated.

Coptic Solidarity (CS) was founded by 90 activist Coptic immigrants in the diaspora who successfully established lives for themselves outside of Egypt but did not forget about the many more Copts left behind who live in poverty, endure persecution, and are without a voice to speak for them.

Coptic Solidarity is an independent, secular NGO that advocates for Copts’ rights according to international norms of human rights. We hold the Egyptian government accountable for its treatment of Copts, and other governments to the extent their policies impact the Copts. Coptic Solidarity works with the US government, with our affiliates in France and Canada, and we advocate internationally at the EU and UN.  We utilize quiet diplomacy and public advocacy and awareness campaigns.

One of our more recent initiatives was to assist Rep. French Hill’s (R – AR) office draft  a Congressional Resolution (H. RES. 673) titled, Expressing concern over attacks on Coptic Christians in Egypt. We worked closely with his office to ensure bi-partisan support. We are proud that it was introduced with equal numbers of Republicans and Democrats sponsors, and now has 47 Congressional supporters including the Chairman of the Foreign Affairs Sub -committee on the Middle East and North Africa (MENA),  Rep. Ileana Ros – Lehtinen (R – FL).

Despite being mildly worded, the Egyptian government and media immediately responded  to the introduction of this resolution by sending a Parliamentary delegation to Congress to convince US legislators that the state of religious freedom for Copts in Egypt is great. They published numerous articles vilifying CS and US legislators for supporting the resolution. As a resolution, it simply expresses the position of Congress on an issue. It is not a bill with any binding repercussions. Coptic Solidarity issued several public responses (see Campaign Background section) to these criticisms.

The purpose of the resolution is to push for greater protection of Copts in Egypt, and to advocate for their equality. While the situation facing Copts in Egypt may seem far removed from your daily life, it’s important to realize that Copts are facing more attacks and severe persecution under President el-Sisi than they did under Mubarak or the Muslim Brothers. Coptic Solidarity’s president, Dr. George Gurguis testified about this in a Congressional hearing in December 2017.

His message was reinforced during a more recent hearing  Egypt:Security, Human Rights, and Reform, chaired by Rep. Ros – Lehtinen on July 24, 2018, in which the expert witnesses presented compelling evidence of the decimation of civil society and increased persecution of religious minorities in Egypt.

Despite widespread Congressional support for H. RES. 673, the Egyptian government has exerted intense pressure to ensure it does not get passed in Congress. After being introduced, H. RES. 673 was assigned to the (MENA) Subcommittee.

Rep. Ros-Lehtinen needs to schedule this resolution for a mark-up in the committee, otherwise it will die there. Once this session of Congress ends in December, any bill or resolution that has not passed, will have to be reintroduced in the next session.

This would be a real loss of momentum and  hinder our effort to send a message of solidarity and support for Coptic equality. Coptic Solidarity believes that it is imperative to pass H. Res. 673 since it will put Egypt on notice that the Congress cares about the state of human rights and religious freedom in Egypt  and is willing to address it.

Coptic Solidarity urges all interested individuals who care about religious freedom and the situation of the Copts in Egypt to help us create enough pressure on the House Foreign Affairs Leadership to get H. RES. 673 passed before it expires this session. We’ve recently launched an online grassroots campaign where individuals can send our sample letter, which will go directly to Rep. Royce and Rep. Ros-Lehtinen, asking them to urgently bring H. RES. 673 to mark-up.

Taking one minute to sign the provided letter will give us the critical support we need to get this resolution passed. I urge you to steward the blessings of freedom, education, and political power to speak out for those persecuted Copts who cannot do so for themselves, and take action today.

While there is an important role for non-Copts such as me, an American, in advocating for Coptic equality and protection, there can never be a replacement for Copts in the diaspora in sharing their own story and advocating for their brothers and sisters in Egypt. I leave you with this thought shared at CS’s recent 9th Annual Conference in Washington, DC.

“We have an immense talent pool and if we don’t tell that story who’s going to tell it for us, it will be the wrong story that will be told. The same resiliency and hard work that allowed us to survive as a people in Egypt is the reason why we flourish in the world when we don’t have opportunities denied to us.” (*)

Lindsay Griffin (Vessey) is the Director of Development & Advocacy for the nonprofit Coptic Solidarity. In the past, she has worked in the field of international religious freedom since 2004 when she founded and served as the Advocacy Director for Open Doors USA  until 2012. She joined Coptic Solidarity in 2013 and is the Director of Development & Advocacy. Griffin graduated with a B.A. in Intercultural Studies with Political Science from BIOLA University and from the Torrey Honors Institute at BIOLA University followed by an M.A. in Political Science from Cal State Fullerton.

This article was previously written for Coptic Voices:

Advocating for the Voiceless 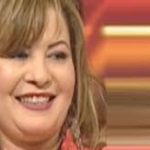 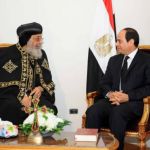 Bargaining with a strongmanSelected Opinion