On May 2018, the State Department issued its annual report on International Religious Freedom, which documents the state of religious freedom in 200 countries and territories worldwide except for the United States. Coptic Solidarity commends the many individuals who contribute to the creation of this report which continues to be one of the best available tools for those advocating religious freedom worldwide.

The Egypt chapter followed the traditional reporting format with an executive summary, religious demography, status of government respect for religious freedom, status of societal respect for religious freedom, and concluding with U.S. government policy. Similar to the 2016 report, Coptic Solidarity finds the 2017 report to lean more on the descriptive side and shy away from making definitive conclusions. The lack of definitive statements is likely intentional to allow for the most freedom in diplomatic discussion and negotiation. The downside of this is that one must be well-versed in international religious freedom and the specific country to have an accurate perspective of the state of religious freedom in the given country.

Below we outline the many positives of the report, a couple areas of disagreement, and recommendations for improvement. 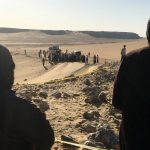 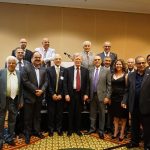