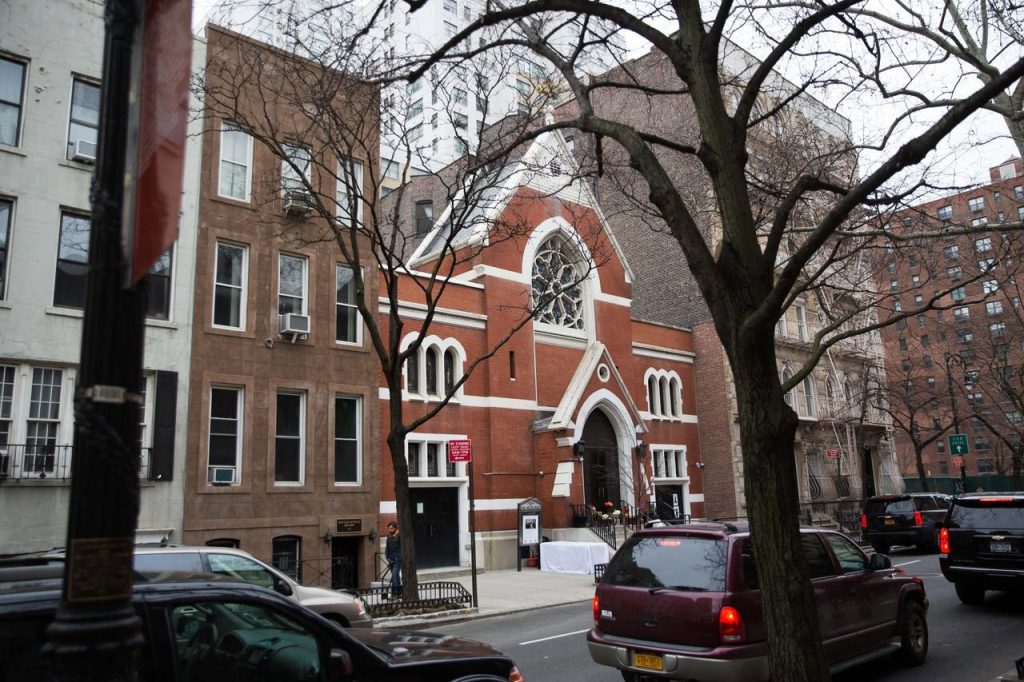 A Coptic Christian congregation will move into Our Lady of Peace church, though Roman Catholics have been trying to preserve the parish. PHOTO: KEVIN HAGEN FOR THE WALL STREET JOURNAL

With a consecrated tablet, the congregation of St. Mary & St. Mark Coptic Orthodox Church has worshiped in various spaces around Manhattan.

But this Sunday, and for the next year, it will worship under the ornate Murano-glass chandeliers and colorful paintings that adorn the former Our Lady of Peace Catholic Church on the Upper East Side. The parish’s buildings have been locked, and rarely used, since the summer of 2015. They are now open to the Copts for a one-year lease. 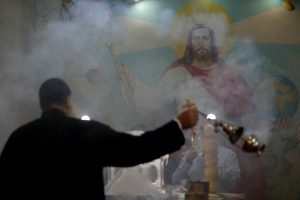 “We are not going to alter the church inside very much,” said His Grace Bishop David, who leads the Coptic Orthodox Diocese of New York and New England. “It’s perfect the way it is.”

The Roman Catholic and Coptic Orthodox churches separated in the fifth century. But across the Christian world, Roman Catholics and Copts have shared theological, ecclesiological, historical, social and moral connections, according to George Demacopoulos, a professor of theology at Fordham University.

“The two traditions kind of tracked each other through the Middle Ages,” said Mr. Demacopoulos. “Which is why you find a situation today where the Catholic church is willing to give a parish to the Copts, on an expedited model, that they wouldn’t, say, for the Unitarians.”

The eventual hope is to sell the buildings to the Coptic group, both said, which would require Vatican approval. “Because it’s going to the Copts, and not reduced to profane use, that would streamline the Vatican approval for the sale,” said Joseph Zwilling, the archdiocese spokesman.

Cardinal Timothy Dolan, the archbishop of New York, introduced Bishop David to Pope Francis in Rome last year and presented the idea of helping the Coptic Orthodox community find a place for worship in the region.

After that meeting, according to Bishop David, Pope Tawadros II, leader of the Coptic Christians, reached out to Pope Francis to “expedite the process a little bit.”

“It’s so wonderful that this transaction brings two ancient churches together,” said Bishop David. “This love and cooperation between the two Popes is so wonderful and it shows the Christian spirit that exists among the great leaders of the two churches.”

Photo Credit: A priest delivers a service during a Coptic Christmas Eve Mass in a church in Cairo, Egypt. Roman Catholics and Copts have shared theological, historical and moral connections over the centuries. PHOTO: AMR ABDALLAH DALSH/REUTERS 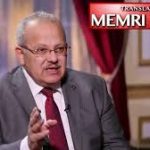 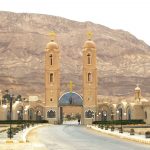 These Christian monasteries are the oldest in the worldNews & Reports