Numerous prominent figures in the media began revealing details of what Copts are suffering, particularly those in Egypt’s countryside, presenting deplorable examples of religious fanaticism on behalf of regular individuals and the unintelligible aversion of the state’s apparatuses to confront this fanaticism (in this regard refer to the article by Dr. Emad Gad and the writer Adel Noumaan in el Wattan Nov. 3, 2017, pg 10; and the Article by Dr. Mohammad Abul Ghar in el-Masri el-Youm Nov.7, 2017 pg 12* and others). It has become necessary to expose all that is happening in Egypt of violations against its individuals in order to protect the citizen’s basic life rights to live safely and to protection against religious discrimination, and also in order to prevent the state from imploding from inside in a blink of an eye.

It is worth mentioning that what the writers cited above exposed regarding aspects of religious discrimination against the Copts had been previously confirmed by the National Fact Finding Congress for Human Rights, and as it has also been revealed on a larger scale by the National Fact Finding Committee regarding events on June 30 and after, which came after the investigations it had conducted which covered the whole of Egypt. The committee revealed the existence of extensive regions in Egypt that do not submit to the State’s laws or its constitution but are prevailed by conventions that transgress against the citizen’s or man’s basic rights, which even call for discrimination against those who belong to different religion and inflicting suffering upon them.

Reflecting upon violations against the citizen’s rights in Egypt that is still happening, reveals to us two important phenomena that there is no escape confronting them. First, phenomenon is represented in the state not enforcing its authority over a large swath of its land be it the countryside or main cities. In reality, the authority of the state lies in enforcing its laws over its whole realm and over all those who live within its borders. If it left a section of its realm under the control of a group that oppose the laws and rule according to conventions that are based on violating the rights of the person who belongs to a different religion, and on laying down arbitrary law that replaces the state’s law, the state in reality has failed to exercise its authority over its realm. It is possible to make an analogy that all the violations that are happening in Egypt are comparable to the existence of a foreign state occupying part of the country and enforcing its laws and judiciary over the land it occupies, depriving the citizens of their basic rights, driving them out of their homes or burning their houses, enforcing penalties against them for crimes they did not commit, according to a judiciary that knows no justice. Ought not the state, under such circumstances, confront such occupation, which erodes its authority if not makes it lose such authority?

The state has abdicated its basic duties particularly towards the Coptic citizen and left him in many corners of Egypt under the domination of those who do not know the meaning of citizenship, nor do they acknowledge the laws of the state or the basic rights of the citizen. The state has not taken decisive measures against those who violate its authority and has let them carry on what an occupying country does against the citizens of the occupied country.
The fact that the state has not taken action to protect these citizens by taking a decisive action to prevent the blatant attack against them raises questions regarding the position of the state in this regard; does this silence expresses agreement with what is being committed? This question is all the more important given the incredible laxity of the State Security Forces towards those who burn the houses or force the village’s inhabitants out, and even participate in preventing the Coptic citizen from performing the rites of his religion be it in the church or at home, and from performing his patriotic duty through the elections.

No doubt, the state is aware how dangerous this is to the future of the country itself, which is being scrutinized by those who scheme to break it down. Despite that, many indications and statements by those in high authority betray the fact that the state’s silence and letting a particular group to challenge its authority, oppose its laws and ignore its judiciary is not due to lack of its awareness of the gravity of the situation, or ignorance of it, or that is supports what is happening, but it is highly likely that the motive behind the state’s silence is preserving safety of the society and preventing divisiveness in many areas of Egypt, which is inevitable if the state came down hard with an iron hand, due to the prevailing of fanatic thinking over the minds of a large section of simple citizens and the half-educated.
The second phenomenon is absence of protest by the by the high church leadership within Egypt, and the complete refusal of a large number of prominent Coptic thinkers (to confront) what is happening to preserve their future and that of their children, contrary to the stance of Coptic citizens who have emigrated out of Egypt who do not cease to expose all the violations against rights of the Copts in Egypt and strongly protest against them. It is likely that the reason for this peaceable approach by the church and Coptic thinkers is their keenness not to set afire as divisiveness, God only knows its extent and their keenness not to split Egypt on the basis of religious affiliation, this in addition to what the sublime teachings of Christianity which call for peace, dictates on them.

However, no matter how much we care about the country’s unity and its safety, this unity could not be maintained unless we bring to an end the causes that threaten its existence. Therefore, the state’s priority, even every citizen’s, should be to fight against religious discrimination which is perpetrated by those who defy the law both individuals and state institutions themselves. Also, the state should exercise its authority regardless of the results in order not to lose the reality of its essence as a state with authority. It behooves the state in performing its mission in this regard to convince every one of the danger of religious discrimination on the state as an entity and the necessity of equality between all citizens regardless of their religion. There is no escape taking decisive actions to prevent any media or any education that does not call for this. The state should understand that material force alone will not be enough to bring to an end this divisiveness between the citizens as long as sediments of centuries of ideas that go back to the dark medieval ages in the name of religion persist in (people’s) psyche. It has been proven that civil society could not alone take on these sediments without effective participation of state institutions in the areas of the media, the education, the arts, the literature and aiming towards creating a modern civil state.

(*) Dr. Riad is a former judge at the International Tribunal for former Yugoslavia. He has a long career as Professor of Law at Cairo University; he also taught at New York, Paris, and The Hague. Among many other positions, he was a member of Egypt’s National Council for Human Rights. 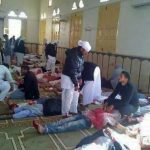 The Jihad on SufismSelected Opinion 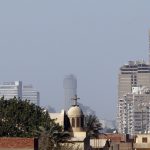