“I remember a Coptic Christian girl from a rich, well-known family in Minya. She was kidnapped by five Muslim men. They held her in a house, stripped her and filmed her naked. In the video, one of them also undressed. They threatened to make the video public if the girl wouldn’t marry him.”

‘G’, an Egyptian, admits he was in a network actively targeting Coptic girls for years before he left Islam; he says that the kidnapping of such girls is now at an all-time high. “Salafist networks began in the seventies and it’s reached its highest levels now, in the era of President Sisi… A group of kidnappers meets in a mosque to discuss potential victims. They keep a close eye on Christians’ houses and monitor everything that’s going on. On that basis, they weave a spider’s web around [the girls],” he says.

Strategies can be subtle. “A Muslim boy tells a Christian girl he loves her and wants to convert to Christianity for her,” ‘G’ explains. “They start a romantic relationship until one day they decide to ‘escape’ together. What the girls don’t know is that they are actually being kidnapped. Most of the time they will not marry their kidnapper, but someone else.”

Kidnapping of a minor 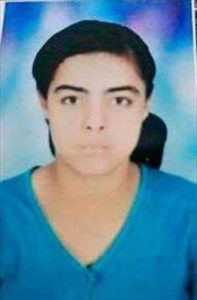 Marilyn, 16, was kidnapped in June.

This summer there were two ‘kidnap’ incidents within two days.

Sixteen-year-old Marilyn was kidnapped through this ‘love’ tactic, as her family priest, Father Boutros Khalaf, explains, when we meet in their village, Balansora, Minya province, as her desperate parents cry nearby. “On Wednesday evening [28 June, 2017] at 5pm, Marilyn disappeared. Her mother searched everywhere but couldn’t find her. Some people told us that she had been kidnapped by a young man named Taha. He had taken her to a farm where he works,” says Fr Khalaf.

An Egyptian researcher, who wants to remain anonymous, confirmed to World Watch Monitor over the phone: “Marilyn was seduced by a recruit of a Salafi organisation. She was involved in a love affair; he was then able to convince her to run away with him. Marilyn isn’t 18 yet. So even if she had agreed to go with Taha, in our law this is clearly a case of kidnapping a minor.”

The day before, 15-year-old Neveen Adly Beshai Sawiris was pushed into a car with force by two men as she walked along a street in Cairo. Her 38-year-old kidnapper later confessed he had forged her papers to show her as an over-18 and married her.

He was charged with kidnapping a minor, forgery, and inciting sectarian strife.

‘G’, who knows the groups from the inside, says, “The kidnappers receive large amounts of money. Police can help them in different ways, and when they do, they might also receive a part of the financial reward the kidnappers are paid by the Islamisation organisations. In some cases, police provide the kidnappers with drugs they seize. The drugs are then given to the girls to weaken their resistance as they put them under pressure. I even know of cases in which police offered helped to beat up the girls to make them recite the Islamic creed.

“And the value of the reward increases whenever the girl has a position. For example, when she is the daughter of a priest or comes from a well-known family.”

Many girls are handed over to extremists, ‘G’ explains. “The Salafist group I knew rented apartments in different areas of Egypt to hide kidnapped Coptic girls,” he says. “There, they put them under pressure and threaten them to convert to Islam. And once they reach the legal age, a specially arranged Islamic representative comes in to make the conversion official, issue a certificate and accordingly they change their ID.”

Marilyn’s father, Medhat Saad Edward, shares: “I filed a report in two police stations, and I gave the names of the kidnappers and the place where they hid my daughter. But the police haven’t arrested them. They didn’t even get in touch with Taha’s brother, who lives in the village and is in touch with Taha.”

If all goes to plan, the girls are also forced into marriage with a strict Muslim. Their husbands don’t love them, they just marry her to make her a Muslim. She will be hit and humiliated. And if she tries to escape, or convert back to her original religion, she will be killed.

Meanwhile, a Muslim girl kidnapped for ransom in Balansora around the same time was followed by the police and released in 24 hours.

“Kidnappers of Christian girls rarely get arrested or brought to the prosecution,” says ‘G’. “For instance, the police don’t report it as a kidnap but say the girl ‘went missing’. This way they cover up the crimes of those they see as their ‘Muslim brothers’.”

In a story about the recurring issue of the kidnapping of Coptic girls and women in November 2014, World Watch Monitor quoted Egyptian Human Rights Activist Ebram Louis as saying that the position of Egyptian police is biased against Christians whose daughters have been kidnapped by Muslims. Police are notorious for not acting, he said, even if the girl has been missing for 24 hours and the family has been threatened for ransom, “because they are afraid of the militant groups”.

“They did not even follow up phone calls, identify identities of the callers or arrest perpetrators. The police have not helped the families of the kidnapped girls at all. Moreover, some police officers told the families not to search for their kidnapped daughters, as they converted to the right religion,” Louis added.

“If all goes to plan, the girls are also forced into marriage with a strict Muslim,” says ‘G’. “Their husbands don’t love them, they just marry her to make her a Muslim. She will be hit and humiliated. And if she tries to escape, or convert back to her original religion, she will be killed.

“The most shocking thing is some girls find out that they are a second wife and are treated like animals. Some are sent to Saudi Arabia and the Gulf to work as domestic servants and they are exploited sexually and are seriously physically abused.”

The anonymous researcher confirms, “[These kidnaps] are something that happens in Egypt almost on a daily basis. But in 80% of cases, families prefer not to speak publicly to avoid shame which will make their other daughters less eligible to find a good marriage partner.”

Videos of Marilyn, in which she says she has converted to Islam, recently appeared online. In one, she holds a Quran; in the other, veiled, she seemingly repeats what is dictated to her through an earpiece.

Her mother, Hanaa Aziz Shukralla Farag, says she can see she was being forced. “She was holding the Quran as if she was holding a medal. I see she is under pressure. My daughter is a minor and doesn’t know anything; why aren’t the authorities doing anything to help her?” she asks.
The family’s priest adds, “On August 14th, the prosecution dropped Marilyn’s case. We’ve done everything we could to get our girl back. We even sent a complaint to President Sisi, the Interior Minister and many other important people. Her family lives in bitterness and pain, and we don’t know what to do anymore. We just don’t know… There is also a state of terror, panic and fear among all the Christians in our village. They worry about their children. No father will allow his daughter to walk on the street alone anymore. He goes with her or sends her mother or brother to accompany her.” 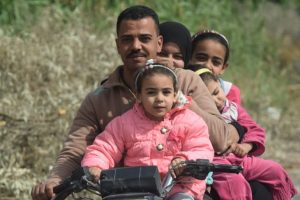 Families in Egypt keep an eye on their women and girls and prefer them not to travel alone. (World Watch Monitor)

Another Coptic priest (this time in Minya governorate, Upper Egypt), Father ‘S’, has been working to get such kidnap victims back to their families. His daughter, 14 at the time, was almost kidnapped in 2011 during the ‘first’ revolution, when men broke into his house. “Because I advocate for these girls, I received threats. If I wouldn’t stop, they would take my daughter too. But I fear no one, only God. Their threats weren’t going to stop me,” he says.

He acted quickly, grabbed his gun and shot in the air twice. “The kidnappers got scared and ran away,” he says.

He says in his area of Minya alone, about 15 girls go missing every year.

And in the ten years that he’s been advocating for these girls, he’s only managed to get eight of them back. “Every girl who doesn’t return feels like a daughter I am losing,” he says.

Father ‘S’ sees that the kidnappers target the most vulnerable. “They choose who already experience problems in their families. For instance, those who have an absent father,” he says. “They are an easy target. Girls should find love at home and in their church. This makes them less vulnerable.”

Another church worker told World Watch Monitor she warns the girls of the risks. “We talk about kidnappings openly,” she said. “We have to. Social awareness about this issue is very important. I teach the girls about boundaries in relationships, especially with men. And I teach them about their value in Christ. If they have better self-esteem, they will be less vulnerable.”

Father ‘S’ adds: “We are one Body. If one suffers, we all do… But I believe my God is a God of miracles. We pray for these [kidnapped] girls in church, while our tears flow. I pray also for their kidnappers, that God touches their hearts.”

The Minya priest is in contact with sources close to the kidnapping groups. They tell him that for the kidnappers this is often a job, and that they get paid about 2,500 Euros ($3,000 US) per girl if they deliver them to an extremist organisation.

And he reiterates what ‘G’ says of the police: “If we go to them with our cases, most of the time they don’t do anything… I try to get the girls back before their 18th birthday, the day they can legally change their religion without parental consent. The kidnappers hide the girl until then. So I go to the police, time and time again, to file a report, and sometimes go to the family of the kidnappers to negotiate the girl’s release. I managed to release the eight girls this way, sometimes with help of the police, other times by paying a ransom.”

While many kidnappers are in it for the money, according to ‘G’ the aim of the network is to strengthen Islam and weaken Christianity. “The networks have tens of thousands of members and are financed by wealthy Muslims, mostly from Saudi Arabia. Sometimes they also loot or steal from Christian companies to finance their plans,” he says.

Egypt: ex-kidnapper admits ‘they get paid for every Coptic Christian girl they bring in’ 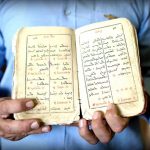 Where Do Languages Go to Die? When Aramaic Was Middle East’s Lingua FranceNews & Reports 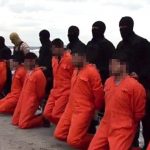