By John McWhorter – The Atlantic (via AINA) –

The tale of Aramaic, a language that once ruled the Middle East and now faces extinction

If a Middle Eastern man from 2,500 years ago found himself on his home territory in 2015, he would be shocked by the modern innovations, and not just electricity, airplanes, and iPhones. Arabic as an official language in over two dozen countries would also seem as counterintuitive to him as if people had suddenly started keeping aardvarks as pets.

In our time-traveler’s era, after all, Arabic was an also-ran tongue spoken by obscure nomads. The probability that he even spoke it would be low. There were countless other languages in the Middle East in his time that he’d be more likely to know. His idea of a “proper” language would have been Aramaic, which ruled what he knew as the world and served, between 600 and 200 B.C.E., as the lingua franca from Greece and Egypt, across Mesopotamia and Persia, all the way through to India. Yet today the language of Jesus Christ is hardly spoken anywhere, and indeed is likely to be extinct within the next century. Young people learn it ever less. Only about half a million people now speak Aramaic—compared to, for example, the five and a half million people who speak Albanian.
How does a language go from being so big to being on the verge of dying out entirely?

One clue lies in its geographic fragmentation: Today there is no one “Aramaia” where the language is spoken. Its varieties are now used in small, obscure communities spread far apart across Iran, Turkey, Iraq, Syria, Armenia, and Georgia. There are also expatriate communities of speakers scattered even further away, in Chicago, as well as Paramus and Teaneck in New Jersey. Another indicator of the language’s gradual dissolution amid political discontinuity is the number of names it goes under nowadays. In many historical sources, the language is referred to as “Chaldean,” after one of the Aramaic-speaking dynasties that ruled Babylon when it was the glittering center of Mesopotamian civilization between the seventh and the fourth centuries B.C.E. Because a Syrian dialect of Aramaic is especially well-preserved in writing and is still used for Christian liturgy in the Middle East, Turkey, and even India, one also hears often of Syriac. Some modern speakers of Aramaic call their variety Assyrian, others Mandaic.

Aramaic, then, is in a splintered and tenuous state. Yet it was the English of its time—a language that united a large number of distinct peoples across a vast region, a key to accessing life beyond one’s village, and a mark of sophistication to many. The Aramaeans—according to Biblical lore named for Noah’s grandson Aram—started as a little-known nomadic group. But they were seekers, and by the 11th century B.C.E. they ruled large swaths of territory in Mesopotamia, encompassing parts of modern-day Iraq, Syria, and Turkey, including, for a spell, the city of Babylon itself. On the basis of this expansion alone, however, theirs would likely have become just one of various languages of the area that briefly enjoyed fame and then vanished in the endless game of musical chairs that was ancient Middle Eastern politics. The Aramaeans themselves were in Babylon only temporarily: In 911 B.C.E., the Assyrians, who spoke a language called Akkadian, ousted them. But the Assyrians unwittingly helped the Aramaeans’ language extinguish their own.

Namely, the Assyrians deported Aramaic-speakers far and wide, to Egypt and elsewhere. The Assyrians may have thought they were clearing their new territory, but this was like blowing on a fluffy milkweed and thinking of it as destruction rather than dissemination: The little seeds take root elsewhere. Aramaic had established itself as the language of authority and cross-cultural discourse in Babylon and beyond, and with language as with much else, old habits die hard. People were soon learning Aramaic from the cradle, no longer just in one ruling city, but throughout the Fertile Crescent stretching from the Persian Gulf through northern Arabia to the Nile. Even the Assyrians found it easier to adjust to Aramaic than to impose Akkadian, just as in the ninth century C.E. Scandinavian Vikings invading England learned English instead of imposing their Norse.

Here is also why Jesus and other Jews lived in Aramaic, and why goodly portions of the Hebrew Bible are actually in Aramaic. The two languages are part of the same Semitic family, but still, when the Book of Daniel switches into Aramaic for five chapters because Chaldeans are being addressed, it’s rather as if Cervantes had switched into Italian in Don Quixote for the tale of the Florentine nobleman. So dominant was Aramaic that the authors of the Bible could assume it was known to any audience they were aware of. Hebrew, for them, was local.

Aramaic truly got around—even to places where no one had ever actually spoken it, in the form of its alphabet, on which both Hebrew and Arabic writing were based. By the time the Persians won the next round of Mesopotamian musical chairs in the 500s B.C.E., Aramaic was so well-entrenched that it seemed natural to maintain it as the new empire’s official language, instead of using Persian. For King Darius, Persian was for coins and magnificent rock-face inscriptions. Day-to-day administration was in Aramaic, which he likely didn’t even know himself. He would dictate a letter in Persian and a scribe would translate it into Aramaic. Then, upon delivery, another scribe would translate the letter from Aramaic into the local language. This was standard practice for correspondence in all the languages of the empire.

And it was a skill indeed, as no one would call Aramaic especially user-friendly. Anyone who has found Arabic tough going, or thinks back on the Hebrew they likely didn’t really learn in Hebrew school, would recognize the same obstacles in Aramaic. Plus more, such as that nouns came in different forms depending on whether they were being used in an ordinary way linked to other nouns, or being emphasized.

Like many other languages, Aramaic shows that approachability has nothing to do with why a language reigns, despite claims that English has been so successful because it’s relatively easy to learn its basics. After Alexander the Great conquered Persia in the fourth century B.C.E., for instance, Greek, itself an exceptionally complicated language, eventually edged out Aramaic as Eurasia’s lingua franca (though Aramaic held on in places like Judea, meaning it was almost certainly Jesus’s native language). Arabic, again, isn’t easy, and Russian, spoken by countless millions, is so horrifically complex that part of me always wonders whether it is an elaborate hoax.

In any case, the Greeks were pushier about imposing their language than the Persians. Later came the spread of Islam, beginning in the seventh century C.E., amid which Arabic, as a vehicle of religion, was readily adopted. Hence the situation today, where the idea that any language but Arabic was ever dominant in the Middle East comes as a surprise.

At this point, I am supposed to write that English’s preeminence could end as easily as Aramaic’s. Actually, however, I doubt it: I suspect that English will hold on harder and longer than any language in history. It happened to rise to its current position at a time when three things had happened, profoundly transformative enough to stop the music, as it were: print, widespread literacy, and an omnipresent media.

Together, these things can drill a language into international consciousness in a historically unprecedented way, creating a sense of what is normal, cosmopolitan, cool even—arbitrary but possibly impregnable. If the Chinese, for example, rule the world someday, I suspect they will do it in English, just as King Darius ruled in Aramaic and Kublai Khan, despite speaking Mongolian, ruled China through Chinese translators in the 13th century C.E. Aramaic held sway at a time when a lingua franca was more fragile than it is today.

But at least Aramaic had its 15 minutes of fame—actually, more like an hour or two. Just as today, when Nike can expect humans worldwide to understand the meaning of “JUST DO IT” on signs, the Gospel of Matthew quotes Jesus as saying Eloi, Eloi, lema sabachthani?—“Lord, Lord, why have you forsaken me?”—in Aramaic. After all, that is what Jesus would actually have said, and surely the world knows—or knew—their Aramaic. 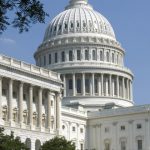 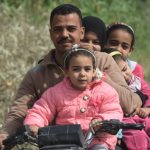 Egypt: ex-kidnapper admits ‘they get paid for every Coptic Christian girl they bring in’News & Reports