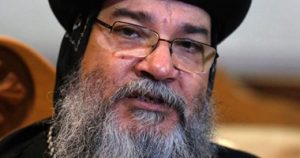 Security refuses to open a church shut down in Kedwan in deference to sentiments of extremists!

This is to comment on what has been published on social media concerning the continued closure by Security of a Coptic church in the village of Kedwan, in the governorate of Minya.

A full month has passed since the incident, during which we have exercised all attempts but we have not been successful. Using the same logic and justifications the (State) Security apparatus has prevented the Copts from practicing their (religious) rites in the village of Kedwan, Minya, claiming that it was because of objections of some opposing factions in the village, and that it was necessary to be considerate of their feelings. However, this means that there is no consideration for the feelings of the Copts, and those who do not ask for anything but to pray, as if the decision belonged to the opposing factions and not to a great state such as Egypt that should have authority and law.

We have been trying to find any place to hold religious rites, while avoiding prohibitions against the (large) movements of the Copts, and potential dangers. Such places could be a hall, a house or even a simple room with poor ventilation. Even that is also prohibited. And although the constitution guarantees the right of worship, this right is in reality denied by the personal will of local officials. Often times, the matter has become akin to pursuing the Copts to prevent them from praying. In some instances, it has gone to the extent of using force against people and religious leaders.

Although the state constitution affirms the freedom of worship, and despite the fact that the goal and directions of the president both aim at enforcing justice and equality, and reinforcing peace and stability in corners of the country, regrettably the suffering remains the same, the ways are the same ways and the machinations are the same machinations. Every time we are faced with the same hateful scenarios and justifications such as “the situation is tense, the security conditions do not allow.” Or it is perhaps as if it is the (religious) conscience of some in authority that does not allow (opening the church).

It is customary that authorities do not allow us, through official means, to open what has been shut down. Also, it is not allowed to erect any new building or a church. For years, we are no longer building a complete church (with domes, spires, crosses and bells). And the places, which the authorities claim they have agreed to regularize their situations, are in reality places at which (religious) rites have been practiced for many years. These are also places worthy of pity due to their small size and geographic location. Despite that, we have accepted them as means of cooperation on our behalf to help solve the problem.

We have more than fifteen places (of worship) closed on the order of the Security apparatus, despite the existence of formal requests that are imprisoned in the (desk) drawers. Also, there are seventy villages, farmsteads and hamlets without places for prayers.

Going back to Kedwan, the subject of the current crisis, there is actually no disagreements or disputes between the Copts and Muslims. He among them who opposes (opening of the church), if any is found, gives the excuse of the necessity to obtain a security clearance. Regardless whether these may be right in his opposition or not, the authorities instead of responding by pointing out that this is the prerogative of the state institutions, or by stating that allowing prayer is a legal right, they affirm prevention of prayer! In doing so, they underscore at the same time that the opposing factions are right in their reasoning. Also, acquiescing to the will of those opposing would further inflame the discord between Muslims and Copts, implant enmities, and deepen the disagreement, rather than prevent them as some might imagine.

Alas, the way is the same way, and the method is the same method, and the justifications are ready regardless of what his excellence, the president has recommended.

We mentioned (here) what happened. What we stated may satisfy those who claim that the state spoils the Copts and favors them.

We are still waiting, and we will not despair. We published what happened as a reminder, may be the matter calls for the intervention of officials in Cairo, the capital.

“Copts are Egyptians and Mynia is an Egyptian governorate.” 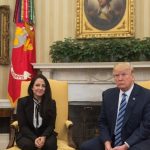 Egypt imprisoned me for defending human rights. But I haven’t lost hope.Selected Opinion