I’m deeply grateful for this opportunity once again to stand in solidarity with the Coptic Christian community. Thank you for inviting me back.

I commend you for your faithful work in defense of one of the world’s oldest and most remarkable Christian communities. In season and out of season, you provide steadfast support for an embattled minority. And you boldly speak truth to power no matter who holds power.

The recent horrific attack on Coptic Christians in Egypt underscores how deeply embedded the culture of violence and impunity remains in that country due to its failure to confront the challenge in a serious, sustained, and thoughtful manner.

The ugly phenomenon of impunity lies at the intersection of state and non-state activity in Egypt. In the few minutes I’m privileged to have with you today, I wish to address impunity in terms of that intersection – and specifically as a deadly, three-step process that can and must be countered.

The first step in the process has been the alarming persistence, in Egypt and elsewhere, of violent extremist forces which seek to destroy religious minorities, including Christians, and seize complete control of both state and society.

The second step has been the Egyptian government’s continued sins of commission in the face of that persistence. Simply stated, Cairo has created, maintained, and enforced laws and policies that harm religious minorities not only directly and in obvious ways but indirectly and in more subtle ways by emboldening religious extremist groups who unleash violence against Copts and members of other minorities.

Regrettably, Egypt’s government has a history of repressing religious activity across the board, which has had the dual effect of driving some Egyptians into the hands of the extremists while weakening the more moderate rivals of the extremists and their organizations.

The third step in the impunity process has been the government’s sins of omission – its repeated failures to bring extremist perpetrators of violence to justice.
**********
If we are serious about dealing with the problem of impunity, we must begin where the problem begins. We must counter extremism; and to do that we must understand the ideology of Egypt’s extremists. What I mean, of course, is the ideology of radical Islamism.

What defines totalitarianism is a series of unprecedented demands which may be summarized as follows:

For the better part of a century, this malignant force has advanced through wearing numerous masks and hijacking key vehicles in its attempts to subjugate the world.

In the 1930s and 1940s, it threatened humanity through Nazism and other forms of fascism which exploited the concept of race and the ideology of nationalism.

After World War II, totalitarianism posed its greatest threat through Communism, which hijacked the concepts of class and class consciousness and the strivings for social justice.

By the close of the 20th century, these movements had committed every crime under the sun, triggering the deaths of nearly 150 million human beings.

They also waged war against the rights and duties of conscience, leaving behind a world where to this day, most people live in countries whose regimes are deeply hostile to freedom of religion or belief.

And today, the same totalitarian impulse which drove Nazism and Communism has hijacked religion as its vehicle, creating, among other movements, radical Islamism.

Not just in Egypt but from ISIS in Iraq and Syria to the mullahs in Iran, and from al Qaeda to the Taliban, these new totalitarians pose similar threats to the world.

Displaying contempt for rule of law and for any distinction between combatants and non-combatants in the conduct of war, they target civilians and commit mass murder, precisely as the Nazis and Communists did.

Now here is the critical point:
Many observers assume that these movements and their leaders simply represent Islam on steroids.

Some critics of Islamism even agree with the Islamist radicals’ claim that they represent the “true Islam.”

I submit to you today that they are mistaken.

Granted, the history of nearly every religion – including Islam — contains periods of despotism and bloodshed.

Granted, every major religion has had to go through periods of reform or clarification of some of its beliefs and ideas.

Granted, as so many Muslim reformers have stated repeatedly, Islam should be no exception.

But until now, no religion, including Islam, ever stood in principle, as the Nazis and Communists did, and as ISIS does today, for what amounts to sheer, unadulterated nihilism.

No world religion ever granted any human being, group, or government the permanent right in principle to flout any rule, break any law, or commit any atrocity at will.

Rather, it is a struggle that pits lawlessness and tyranny against freedom and dignity.

And in this struggle, reformers must be applauded for their resolute stand not only to reform and clarify from within, but to stand against Islam’s hijacking from without by the same impulse that unleashed the likes of Hitler, Stalin, and Pol Pot upon the world.

They must rip away radical Islamism’s religious mask – revealing its idolatrous soul before the world.
**********
Once we comprehend these things, it should be clear why Christians, including Coptic Christians, remain major targets of the extremists.

That they are indeed major targets is indisputable.

In Egypt, as we’ve seen, extremist violence against Coptic Christians continues even as regimes rise and fall and come and go.

In Iraq, severe violence against Christians, which peaked after Saddam Hussein’s fall, returned through ISIL with a vengeance.

Many Iraqi Christians sought refuge in Syria, where fellow Christians and Muslims—from Sunnis to Shi’a, including Alawites—once had co-existed peacefully.

We all know how that turned out.

For Christians, Syria’s civil war has been nothing short of calamitous.

In Saudi Arabia and Iran, it is mainly the government that severely represses Christians and other religious minorities.

We must understand that from the perspective of these extremists, Christians represent a dual threat to their aims.

In countries like Egypt, Christians for centuries have cultivated long-standing friendships with their Muslim neighbors, friendships that are clearly a roadblock to the radicals’ vision of a Middle East that is cleansed of all non-Muslim minorities.

Being the largest non-Muslim minority in the region, Christians are seen as dangerous obstacles to radical dreams and visions.

Moreover, in the battle for hearts and minds, Christians are seen as potential competition. The power of the Christian message is great. And the extremists know it.

The growing numbers of Christians who are sharing their faith with others makes them the direct rivals of the Islamist radicals.

And in many instances, this competition has a political dimension as well. Many of these same Christians are also advocates of liberal democracy and fundamental human rights.

Put another way, some of the most egregious persecutors of Christians in Egypt and throughout the Middle East are those seeking to crush pro-freedom movements, dominate and radicalize Muslims across the world, and curb or eliminate all non-Muslim influence. For each of these objectives, the presence of Christian communities serves as real or potential obstacles of a serious kind.
**********

Once we understand the ideology that drives violent religious extremism in Egypt and elsewhere, and how and why it targets Coptic Christians and other minorities, we can see how the responses of Egypt’s government — no matter who happens to hold the reins of power, be it Mubarak, Morsi, or even Sisi — have been deeply problematic.

As I stated from the outset, in the face of extremist violence, Cairo has been responsible for sins of both commission and omission.

Egypt has had a history of restrictive laws and policies, from blasphemy codes to various forms of discrimination that have harmed Christians and other minorities and disfavored groups – ranging from dissident Sunni and Shi’a Muslims to Baha’is – and harmed them in a disproportionate way.

Blasphemy enforcement is a very apt example. While criminal prosecutions for blasphemy are themselves inexcusable infringements on freedom of religion and expression, the fact that Christians and other non-Muslim minorities are disproportionately targeted compounds the problem.

And by targeting these minorities in this manner, Egypt’s government has drawn unwelcome attention to them, further marginalizing them in society and creating a climate encouraging intolerant individuals and groups to launch violent attacks against them.

At the same time, Egypt’s military has often used the threat these extremists pose to repress not only them, but all other opposition, including opposition from more tolerant and more pro-democratic forces.
The result of this repression could not be more apparent.

Once Mubarak was gone, the extremist groups emerged in many ways more powerful.

Because during the years of Mubarak’s repressive policies, the extremists, being fanatical, were willing to do whatever it took, even that which was immoral or unethical, to survive underground, while their more liberal rivals were not.

This fact, coupled with the fact that the repression drove many Egyptians into extremist hands, explains why, once President Mubarak departed, the extremists emerged intact while their pro-freedom rivals emerged leaderless and enfeebled.

By repressing all opposition, the government ended up strengthening the extremists and weakening their more liberal but less resilient competition.

And that is one reason for the failure of the so-called Arab Spring in Egypt. The pro-freedom forces had virtually no leadership, almost no organization, and in the end, very little power. It took little time for the more extremist elements to co-opt the anti-Mubarak movement.

And unfortunately, it is why I am not optimistic that Sisi’s crackdowns will succeed in the end.

Yes, he helped stem some of the worst bloodshed of the post-Mubarak years.

Yes, he has taken important symbolic steps to show his own personal tolerance for Christians and other minorities.

But no, he has not departed from the government’s old ways of crushing peaceful dissent.

No, he has not fundamentally changed the laws and policies that restrict freedom of religion, belief, and conscience in Egypt.
**********
And no, Sisi’s government has not brought to justice all or most of the perpetrators of past violence. In fact, to this day, authorities across Egypt continue to subvert justice by promoting so-called reconciliation sessions that often require victims of radical Islamic violence to forego the pursuit of legal justice.

Clearly, the government’s sins of omission as well as commission remain.
**********
So what must Egypt’s government do to end its impunity problem?

Obviously, its leaders, from Sisi on down, must deal with its sins of commission and omission. They must help rid Egypt of laws and policies that harm religious minorities, that discriminate against them, and embolden extremists. They must redouble their efforts to bring the perpetrators of religious violence to justice.

Perhaps most of all, Sisi and other leaders must abandon the failed notion that the answer to extremism is repression. It has never been the answer and it will never be the answer.

The only sustainable answer to extremism is civil liberty ad equal justice under law.

In the end, the solution to Egypt’s impunity problem is an answer that honors and upholds religious freedom.
Yes, any society first needs law and order for religious freedom to emerge, and Sisi deserves credit for moving Egypt away from the chaos of the past. But he must be prevailed upon to take the logical next step and move Egypt toward a policy of greater religious freedom and related human rights.

Thank you. And may God bless you and the entire Coptic Christian community. 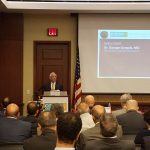 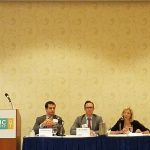