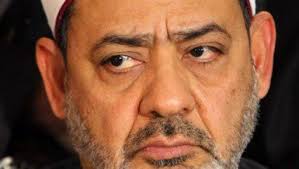 Art has a largely negative impact on human morality. So says Sheikh Ahmed al-Tayeb, the grand imam of Egypt’s Al Azhar madrassa and arguably the “most influential Muslim in the world.”

In a recent televised interview, Tayeb was asked “To what degree does art influence the morals of the youth.” The sheikh responded that art—presumably all forms and expressions of art, as no particular form was specified—has a 90 percent influence rate on the morality of the youth, all of it bad.

What is of note here is that, once again, Tayeb responds in a way that one is hard pressed to differentiate from the “radical” response. For we are constantly hearing that it is the “radical Muslims”—the ISIS types—who condemn all forms of art. Yet here is the “moderate” making essentially the same claims.

But of course, this is nothing new. As documented here, Tayeb agrees with any number of “radical” views: he believes that Islam is not just a religion to be practiced privately but rather is a totalitarian system designed to govern the whole of society through the implementation of its (otherwise human rights abusing) Sharia; he supports one of the most inhumane laws, punishment of the Muslim who wishes to leave Islam, the “apostate”; he downplays the plight of Egypt’s persecuted Christians, that is, when he’s not inciting against them by classifying them as “infidels”—the worst category in Islam’s lexicon—even as he refuses to denounce the genocidal Islamic State likewise.

One can go on and on. Tayeb once explained with assent why Islamic law permits a Muslim man to marry a Christian woman, but forbids a Muslim woman from marrying a Christian man: since women by nature are subordinate to men, it’s fine if the woman is an “infidel,” as her superior Muslim husband will keep her in check; but if the woman is a Muslim, it is not right that she be under the authority of an infidel. Similarly, Western liberals may be especially distraught to learn that Tayeb once boasted, “You will never one day find a Muslim society that permits sexual freedom, homosexuality, etc., etc., as rights. Muslim societies see these as sicknesses that need to be resisted and opposed.”

Also not new is how important Western and Christian institutions ignore all this and continue to portray Tayeb and Al Azhar as “moderates.” Thus, despite all the above—despite the fact that Al Azhar encourages enmity for non-Muslims, and has even issued a free booklet dedicated to proving that Christianity is a “failed religion”—it was just announced that “The Vatican and Al-Azhar University, one of Islam’s most renowned schools of Sunni thought, will be joining forces to discuss how to fight religious extremism that uses God’s name to justify violence.”

Such are the mockeries of our time as ugly reality continues marching unopposed. 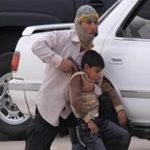 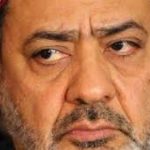