By Thomas Farr – The Hill –

As a candidate, Donald Trump said very little publicly about rising threats to religious freedom abroad. But recent reports suggest that President Trump may be moving quickly to nominate the official charged by law to lead that element of United States foreign policy: the ambassador at large for International Religious Freedom.

Given that President George W. Bush took well over a year to get his nominee in place, and President Barack Obama took more than two, it appears that Trump may be placing a higher priority on international religious freedom than his predecessors.
He has ample reason to do so. Studies show that religious freedom can make substantial contributions to democratic stability, economic growth and the undermining of religious violence and terrorism.

Unfortunately, studies also show that religious freedom is in global decline, while religious persecution and terrorism are spreading.

In the Middle East, Christians, Yezidis, disfavored Muslims, and other minorities are still being savaged by ISIS and its jihadist cohorts. In Asia and Africa, millions more are persecuted by governments or terrorists. Religious persecution causes terrible human suffering, destroys economies, destabilizes societies, and abets the spread of jihadism.

Last September, candidate Trump invited religious-freedom advocates who had not endorsed him to meet at Trump Tower. At the time a Trump victory appeared unlikely, but it seemed a good opportunity to brief him anyway.

I’m glad I took that opportunity. Now I’d like to remind the president of what he said and suggest the steps he must take if his administration is to succeed where its predecessor failed.

I offered my view then that the Obama administration had not prioritized religious freedom in its foreign policy and had missed a golden opportunity to promote stability and human flourishing. A Trump administration should not make the same mistake.

Global religious persecution increased throughout President Obama’s tenure, but U.S. actions were largely unfocused and ineffective until the last two years. A superb ambassador, David Saperstein, took over in 2014 and began to reenergize U.S. policy. He successfully urged Secretary of State John Kerry to declare that ISIS was committing genocide in Iraq and Syria. But Saperstein lacked the time to reverse six years of inertia.

Trump told us he agreed the policy should be revived. He seemed to understand that the very existence of Christians and other minorities in Iraq is at risk, and that the U.S. has done little to help them.

It is true that U.S.-trained forces may ultimately defeat ISIS troops. But the use of military force has been too little and too late to prevent the rape, torture, murder and forced displacement of hundreds of thousands of defenseless Yezidis, Christians and Muslims. It has been a humanitarian catastrophe.

It also threatens to become a national security catastrophe for the United States. If the religious minorities of Iraq disappear, so will the possibility of pluralism, moderation and stability. An Iraq with no non-Muslim minorities will become a volatile majoritarian Islamic tyranny with little hope of achieving stable democracy. It could well become the battlefield of a Sunni-Shiite war that would destabilize the entire region — and beyond.

The U.S. must do all it can to protect those minorities remaining after ISIS — a process Saperstein began. But even if all ISIS terrorists are killed, the murderous jihadist ideology that drives them and other terrorist groups will remain, threatening non-Muslims and Muslims alike.

In the end, this vile ideology cannot be killed by bullets or bombs. It must be defeated by better ideas, and respect for civil and religious pluralism, which must come from Muslims themselves. Those who will engage in this war of ideas, however, cannot be effective without some semblance of religious freedom.

Most Muslim-majority societies silence reformers. Those who dare to advocate for the full legal equality of non-Muslims, women and disfavored Muslim sects are vulnerable to criminal punishment for blasphemy. Some, like Pakistani reformers Salmaan Taseer (a Muslim) and Shahbaz Bhatti (a Catholic), are murdered.

What will it take for the U.S. to be effective in addressing these problems?

The president must put in place an ambassador at large for International Religious Freedom with the skills to mold and lead an aggressive policy within a huge, resistant bureaucracy: the State Department. The nominee should have significant foreign policy experience and understand the relationship between religious freedom and national security. His or her loyalties during the campaign should be subordinate to one qualification: the capacity to succeed.

The president and secretary of State must ensure that the ambassador is vested with the authority and the resources necessary for success. Compared to the billions we are expending on military force to defeat ISIS, the funds needed will be small and their expenditure cost-effective.

If President Trump follows through on what he told religious-freedom advocates in New York, he can help millions suffering religious persecution. He can set a new, more hopeful tone in American foreign policy that inspires the oppressed and undermines their oppressors. And he can, at low cost, increase the security of the American people. 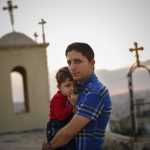 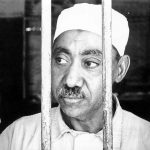