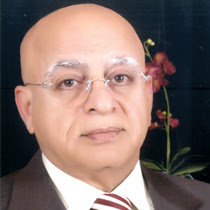 Al-Sarraf wrote that today, after the passing of the Frank Wolf International Religious Freedom Act, Arab and Muslims states will be more vulnerable to U.S. sanctions. He added that the passing of the act at this time indicates that the world has had enough of Muslims’ religious extremism and their involvement in terrorist attacks, and called to “end all this madness.” He stated that the law would not have passed had the Muslims countries understood and applied the principles of human rights, and expressed a belief that it would help to promote religious freedom worldwide.

“To write is to fulfill a duty and warn [people of dangers], as well as a way to let out steam and express one’s thoughts. Like hundreds of others, we [journalists] warned about underestimating [the danger posed by] religious extremism. I have also demanded many times that school curricula prioritize the teaching of science over the teaching of the humanities – including religion, which has become a common theme in the study of humanistic subjects such as languages, literacy, history and geography. But nobody took heed [of this demand], either out of ignorance regarding the gravity of the problem or out of a desire to please the religious forces that have become [political] parties, such as the [Muslim] Brotherhood, and others.

“We also wrote that governments are making light of religious extremism, which will bring disaster upon us and harm our interests and those of the Arabs and Muslims living in the West. One day the world will lose its patience, and the developed countries will be forced to limit the entry of Muslims or [start] monitoring Muslim residents, barring them from certain professions or sending them back to their countries of origin.

“However, it seems that things progressed even faster than we thought, [for] the U.S. Congress recently passed the Frank R. Wolf International Religious Freedom Act, by means of which the U.S. will force the governments of the world to grant their people freedom of worship, to allow them to build houses of worship as they please, and to refrain from punishing citizens or anyone else for converting from one faith to another or expressing [their] religious beliefs. The law went into effect when U.S. President Barack Obama signed it into law. The meaning of this law is that we in the Muslim countries, and especially the Arab countries, will be more vulnerable to persecution by the U.S. administration. We have poor commerce and industry and a weak healthcare system, and if we stubbornly insist on refraining from developing and improving, we will be exposed to sanctions that we will not be able to endure.

“The new law will no doubt contribute to promoting religious freedom around the world, strengthening minorities, ending religious extremism and reducing sectarianism, even if only gradually. It will also liberate Muslims, Christians, Hindus, Jews and others from oppression, and prevent them from oppressing others, after religiously-motivated killing, expulsion and discrimination have spread in many countries that were once free of this kind of extremism.

“This is a serious matter, and it would be foolish to respond to this law by saying that we will starve rather than capitulate [to U.S. dictates], or go back to the desert and live on milk and dates. In fact, we must deeply contemplate this matter and realize that the world has had enough of us, of our extremism and of our involvement in most terror operations that take place on a daily basis. It’s time to end all this madness. This law would not have passed in this manner, which many regard as blunt interference in the internal affairs of other countries, had we really understood the essence of human rights in our countries and applied the principles [of human rights] to everyone, without discrimination.”[3] [1] State.gov, January 27, 1998. 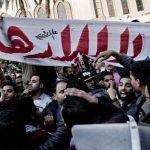