Egypt’s Parliament hastily approved a new NGO law on Tuesday, just a day after the State Council concluded it has no indications of unconstitutionality.

Parliamentarian and member of the oppositional 25-30 Coalition Haitham al-Hariry explained to Mada Masr that the law was not passed unanimously, but said it is difficult to know how many parliamentarians voted for or against it because of the absence of an electronic voting system.

“The State Council had reservations concerning 23 out of 89 articles, almost a third of the new law. This is an indication the drafting process was too hasty,” Hariry asserted. Lawmakers did not have enough time to review it properly before voting on it, he added.

Parliamentary speaker Ali Abdel Aal said the approval of the law is “a message to the entire world that Egypt is an independent and sovereign country. This Parliament is wholeheartedly united,” the privately owned Al-Masry Al-Youm newspaper reported.

It has been clear for some time that the state is seeking to severely restrict the space for human rights work, with a war being waged in the form of numerous travel bans on rights defenders and the reactivation of the NGO foreign funding case, which was dormant since 2011.

Various charitable organizations say the new law will severely restrict their work and delivery of services.

The government had previously produced its own bill, which had come under criticism from human rights organizations. These same groups declared the parliamentary draft to be even harsher.

The law drafted by Parliament introduces a new national authority — the National Authority for the Regulation of Non-Governmental Foreign Organizations — whose mandate will not be limited to monitoring foreign organizations, but will also include the monitoring of any NGOs who receive foreign funding, and verifying that these organizations are spending the money they receive in approved ways. The authority must also be notified about locally sourced funding.

The authority is to be formed through a presidential decree, headed by a full-time president, and have among its members representatives from the ministries of foreign affairs, defense, justice, the interior, international cooperation and social solidarity. General Intelligence, as well as the Central Bank and the government’s money laundering unit, will also be represented, according to the new law.

The penalties in Article 87 of the new law range from one to five years imprisonment, in addition to a fine of between LE50 thousand and LE1 million. Crimes considered punishable by five-year sentences include cooperating with a foreign organization to practice civil society work without obtaining permits, and conducting or participating in field research or opinion polls in the field of civil society without prior approval.

It is not permissible for an association to open headquarters or offices in any governorate without written approval from the minister of social solidarity, according to Article 21. Those who move an association’s headquarters to somewhere other than the originally registered location may be eligible for prison time of up to a year and a fine of up to LE500,000.

Associations are obliged “to work according to the state’s plan and its developmental needs,” Article 14 stipulates.
Mohamed Zaree, the head of the Cairo office of the Cairo Institute for Human Rights Studies (CIHRS) previously told Mada Masr that the new law does not only target human rights organizations, but all local development organizations and individual initiatives. For him, the law indicates that the state is at war with civil society. 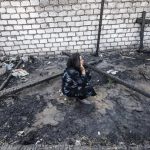