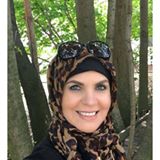 At a time when Coptic Christians are suffering abuses “every two or three days” in Egypt, a Muslim woman in America has made a video calling on more Muslim hostility for the Christian minority, in this case, in the guise of an economic boycott.

In a recent video, Ayat Oraby—a Muslim Brotherhood sympathizer who has nearly 1.5 million followers on Facebook—called the Coptic church a “bunch of gangsters” and a “total mafia” that “rules behind the curtains,” is “stockpiling weapons in churches,” and is “striving to create a Coptic statelet” to continue waging “a war against Islam.”

Meanwhile, back in the real world—which consists of 196 nations—Egypt is the 22 worst nation for Christians to live in; the persecution level that Christians experience is “severe.” Christian churches face immense restrictions that mosques, which liter Egypt’s landscape, do not; Coptic women and children are regularly abducted and forced to convert; entire Christian villages and churches are set aflame on the rumor that a Christian somewhere “blasphemed” against Muhammad on social media.

But Oraby is not one to be bothered with facts; according to the angry Muslima, Muslims need to be more hostile towards the Copts—whom she numbers as only 4.5 million—as they are stockpiling weapons in their churches in preparation of that day when they proclaim a jihad on Egypt’s 80 million Muslims and declare a “Coptic statelet.”

That Oraby hates Christians simply because they are Christians—as opposed to all her nonsensical talk of a hostile Coptic takeover—came out very clearly towards the end of her tirade, when she said: “They must learn very well that the Crescent [Islam] must be above the Cross [Christianity.]” In other words, her anger is not because the Copts pose a danger to Egypt’s Muslims, but because they dare to want equal rights—when they should know their place, that is, beneath Muslims, just as the Cross is beneath the Crescent.

Oraby is an old breed of Egyptian Muslim. Her ancestors—like the ancestors of practically every modern Egyptian Muslim—were Coptic Christians who, after Islam’s invasion in the 7th century, couldn’t handle the persecution and discrimination, and eventually sold out by converting to Islam. It irks such Muslims to see the remaining descendants of Egypt’s indigenous Christians still defiantly holding out, refusing to surrender to Islam, and even daring to call for the equality that her family only got by converting to Islam.