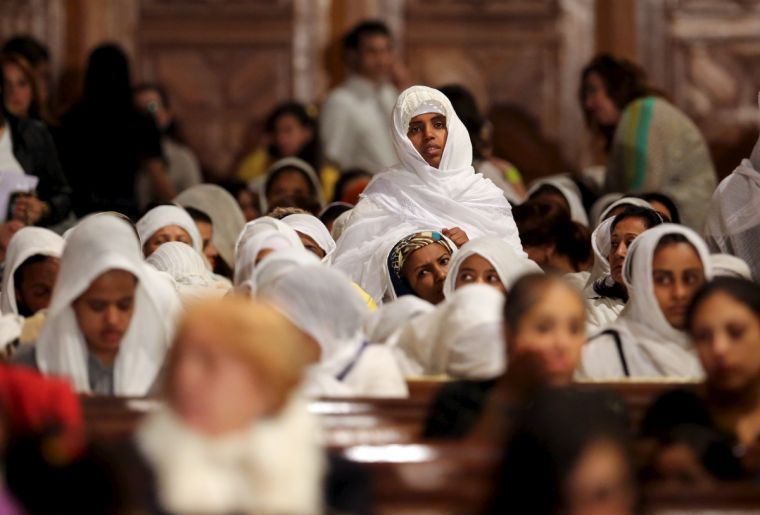 Egypt has an estimated population of nine million Christians, the majority of whom are Orthodox Copts – Reuters

Egypt has passed a law on building and restoring churches after weeks of heavy criticism from the Coptic Christian community.

Lawmakers on Tuesday approved the law with a two-thirds majority. The Church had previously been at loggerheads with the government over the new legislation. Officials wanted security services, which the Church said was biased against Christians, to have the final say over church construction. The Church feared that its priests would continue to face obstructions even to minor repairs of the kind they had endured for many years.

The Church last week announced it had reached a compromise with the government and now approved of the law, though analysts have suggested that the agreement came only under heavy pressure from government officials.

According to reports, while some Christians in parliament praised the move on Tuesday, others remained critical.

Lawmaker Nadia Henry called the law “a political farce”, but conceded that “we have to respect the opinion of the majority.”

“I am a daughter of the Church,” she said, according to Associated Press, “and I respect the priests and the Church leadership”.

Another Christian lawmaker, Tadros Kaldas, blamed the legislation on the government’s “fear of [Muslim] ultraconservatives”.

Egypt has seen a number of Muslim mob attacks on Christians in recent months amid rumours that secret churches are being set up.

There had been hopes that a new eight-article bill would reduce the regulation involved by setting a four month limit to process requests to build or renovate churches.

Critics, however, say the legislation will merely enshrine restrictions against Christians. It specifies that the size of a new church must be representative of the number of Christians in its neighbourhood, and that local governments should take into account “the preservation of security and public order” before agreeing to a new build.

“What if Salafis [an ultraconservative Muslim movement] protest against the construction of a church, would this prompt the governor to turn down the request, for fear of national security?” asked Christian activist Nader Shukry.

Several members of the Salafi Nour Party boycotted the vote, Associated Press said, over concerns that the law in fact gives Christians too much freedom.

A statement from the party accused the law of violating the constitution of Egypt, “which states in Article 2 that Islam is the religion of the state of Egypt, Arabic is its official language, and the principles of Islamic Sharia are the major source of legislation.”

“As you see, the constitution said Islam, not Christianity, is the religion of the state of Egypt,” the party said. “Under the current conditions, Christians enjoy fully their rights as Egyptians and they exercise their religious duties in a free way.”

The talks over church building law followed a string of attacks against Christians, especially in the Minya region, home to a relatively high proportion of Coptic Christians.

Tensions between Christians and Muslims have intensified in the country since the Arab Spring of 2011.

Egypt has an estimated population of nine million Christians. Mostly Orthodox Copts, they account for about 10 percent of Egypt’s population, which is overwhelmingly Sunni Muslim.