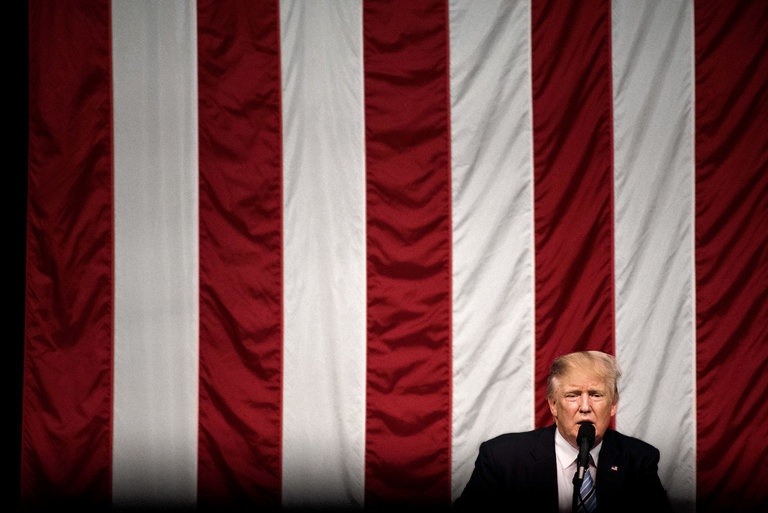 In November 2015, a cartoon in Al-Ahram, an Egyptian state-owned newspaper, depicted an Islamic State ogre with “Made in America” emblazoned on his back. It wasn’t unusual. A look at Middle Eastern news media shows that this idea is startlingly common. Even prominent officials in the region, from Egypt’s former culture minister to a former deputy prime minister of Iraq, have publicly ventured conspiracy theories that Washington created the Islamic State.

Enter Donald J. Trump. Last week, Mr. Trump repeatedly claimed that President Obama is “the founder of ISIS.” Even when a sympathetic conservative radio host offered Mr. Trump a chance to backtrack from his ridiculous claim and instead blame the Obama administration’s policies for the Islamic State’s rise, the Republican candidate doubled down: “No, I meant he’s the founder of ISIS. I do.” (The next day, Mr. Trump belatedly took to Twitter to plead sarcasm.)

This will most likely fade from the news cycle as Mr. Trump moves on and the next controversy arises. But these misleading words will reverberate far beyond America’s shores for years to come, and there will be serious implications for American foreign policy.

Mr. Trump is drawing on a tradition in American politics that tars political opponents as treasonous and un-American. As the historian Richard Hofstadter wrote when describing an earlier flare-up in 1964, “it is the use of paranoid modes of expression by more or less normal people that makes the phenomenon significant.”

When this homegrown American conspiracy theorizing intersects with its Middle Eastern cousin, the results can be damaging and dangerous to America’s standing and interests. In 2012, for instance, former Representative Michele Bachmann, a Republican from Minnesota, told an interviewer, “it appears that there has been a deep penetration in the halls of our United States government by the Muslim Brotherhood.” Without offering any credible evidence, Mrs. Bachmann and other House colleagues called for the Justice Department to investigate.

This unfounded allegation found a second life in Egypt, where the government and much of the population came to resent the United States’ response to the overthrow of a Muslim Brotherhood president. Egyptian news outlets showed clips of Representative Louie Gohmert, a Republican from Texas, on the House floor alleging United States support for the Muslim Brotherhood to malign the United States as the sinister hidden hand behind Egypt’s turmoil. To this day, such accusations damage United States-Egypt relations, providing fuel for the prosecution of Egyptians who have worked with the United States and complicating cooperation on counterterrorism and counter-radicalization.

Of course, no region has a monopoly on conspiracy theories. But their ubiquity in the Middle East is undeniable. Americans who travel frequently to the region know well the dread when confronted by otherwise worldly individuals who question whether the Central Intelligence Agency created Al Qaeda or perpetrated the Sept. 11 attacks.

The Arab world has been primed to receive these conspiracy theories by lying authoritarian governments and, in some cases, American military interventions under flimsy premises. An inability to explain away the revolutions, chaos and civil wars of the last few years — and America’s struggle to keep up — have added fresh grist for the region’s conspiracy mill.

Public opinion has a profound impact on American interests in the Middle East and around the world. The United States’ military strategy against the Islamic State depends on mobilizing local actors to lead the fight on the ground. Imagine how much harder that is when people have been led to believe that President Obama created the group. Or think of the added danger to American troops in Iraq, where Shiite militant groups who are fighting the Islamic State remain deeply wary of the United States military.

Just this weekend, Hezbollah’s leader, Hassan Nasrallah, publicly endorsed Mr. Trump’s remarks: “This is an American presidential candidate. This was spoken on behalf of the Republican Party. He has data and documents.” (Apparently, the “sarcasm” was lost on Mr. Nasrallah, whose group backs the government of Bashar al-Assad in Syria.)

Everything the United States does in the Middle East — from diplomatic negotiations to humanitarian aid to military and intelligence cooperation — is made more difficult when would-be partners and their publics suspect the worst.

The United States has certainly made mistakes in the Middle East. America’s actions, like those of any nation, should be subject to scrutiny and criticism. But honest debate — much like our political debate at home — is poisoned by explosive and misleading claims, whether those claims are merely overheated political rhetoric or spurious accusations.

Not long ago, when America’s overseas enemies and critics wanted to mislead their publics to believe that the American government was in cahoots with terrorists like the Islamic State or Al Qaeda, they had to look to the United States’ political fringe for confirmation of their own conspiracy theories. Now, thanks to Mr. Trump, America’s enemies can simply run the videotape of a major party’s nominee for president. 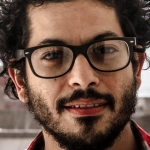