Egypt’s Minister of Parliamentary Affairs Magdi El-Agati said Monday that Prime Minister Sherif Ismail would deliver his government’s first policy statement before parliament on 27 March as scheduled.
“I do not think that this statement will be postponed again and will be presented before parliament in a plenary session next Sunday or on 27 March,” said El-Agati.

El-Agati said that “in accordance with Article 146 of the constitution, the policy statement must be discussed by parliament within 30 days, after which it will have to decide whether the government would gain confidence.”

El-Agati also indicated that parliament – the House of Representatives – can form a special committee to review the government’s policy statement, prepare a report on it and recommend whether MPs should grant it confidence.

“But if parliament’s internal bylaws are ratified by the State Council this week, the 25 parliamentary committees would take charge of reviewing the statement,” said El-Agati.

El-Agati said he expects that the State Council’s revision of parliament’s bylaws will be finalised within days.

“This could take place at the end of this week or early next week, if so, it will be possible for the 25 committees to be formed and entrusted with reviewing the statement,” said El-Agati.

A cabinet reshuffle is being finalised and is expected to include the ministers of finance, investment, irrigation, tourism, civil aviation, education, health, justice, and religious endowments, according to sources.

According to the constitution, after the cabinet presents its programme to parliament, reshuffles should be approved by the House of Representatives. 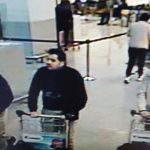 The Islamic State claims responsibility for the Brussels attacksNews & Reports