Three terrorist blasts rocked the Belgian capital Tuesday, leaving more than 30 people dead at the Brussels airport and a metro station and striking fear in the heart of the European Union just days after a manhunt captured a key suspect in last year’s Paris massacres.

The Islamic State asserted responsibility for the attacks, according to a statement posted on the Amaq Agency, a website believed to be close to the extremist group. The message said Belgium was targeted for its participation in an international coalition battling the Islamic State.

If the Islamic State link is confirmed, it would mark another deadly strike less than a week after a suicide blast in Istanbul that killed five people, two of them with dual American-Israeli citizenship.

Belgian police released surveillance /images of three men pushing luggage carts at the Brussels airport. They asked for help in identifying one man dressed in white, who they said was on the loose. Local reports said police believe that the other two men died in the explosions.

The apparently coordinated explosions in Brussels — including at least one by a suicide bomber at the airport — created a renewed sense of threat that spilled far beyond Brussels, as authorities boosted police patrols in cities such as Paris, London and Washington.

The latest bloodshed — at least 32 dead and more than 200 injured — made clear that European capitals remain perilously vulnerable despite attempts to dismantle the militant network that perpetrated the worst terrorist attack in Paris in generations last November.

In Washington, State Department spokesman John Kirby said U.S. citizens are among the injured, but he would not say how many. So far, no Americans are known to have died in the attacks, although that information may change, he said.

Among the Americans wounded were a service member and his family, who “were caught up in this tragedy,” the U.S. European Command said. In a House hearing on Capitol Hill, Rep. Rodney Frelinghuysen (R.-N.J.) said six Americans were injured in the attacks, including military family members.

The bloodshed also raised fears of further reprisal attacks for the arrest last week of the fugitive suspect whom authorities have linked to a Brussels-based cell accused of masterminding the Paris attacks.

Europe has struggled with apparent spillover from the churning conflict in Syria. Thousands of European citizens have traveled there to fight in a war that has become a focal point for jihadists around the world. Some have returned radicalized to Europe.

Belgian leaders said they were contending with the worst attack on their soil since World War II.

Brussels’ Zaventem Airport and a metro station near the heart of the E.U. were hit by explosions on March 22, sending the city into high terror alert.

“What we had feared has happened,” said Belgian Prime Minister Charles Michel. “This is a black moment for our country.”

The Belgian Interior Ministry said that the subway blast killed 20 and wounded about 130. The attack at the airport killed 12 and wounded 100. It warned that the numbers were still provisional. Among those injured at the airport were three Mormon missionaries from Utah, the Church of Jesus Christ of Latter-day Saints said in a statement.

Even before the purported claim of responsibility by the Islamic State, other European leaders wasted no time in referencing other attacks by Islamist militants. “We are at war,” said French Prime Minister Manuel Valls.

“We have been subjected for the last few months in Europe to acts of war,” he added.

Belgian federal prosecutor Frederic Van said that multiple raids were taking place around the country, and a number of people were also being questioned. Several other explosions heard around the Belgian capital, he explained, were the product of bomb disposal squads “making safe” suspicious packages.

Leeuw said Belgian authorities were aware and investigating the Islamic State’s claim of responsibility. But, he added, “it is too soon to already make a link with the attacks that took place in Paris.”

Hours earlier, Leeuw said the city had come under “terrorist attacks.” At least one of the airport blasts was carried out by a suicide bomber, he said.

In Havana, at the end of a landmark trip, President Obama urged “the world to unite” to fight terrorism, and he pledged to “do whatever is necessary” to aid the investigation in Belgium.

Belgian leaders warned that the Brussels perpetrators may still be at large, and Brussels was largely shut down for most of the day. 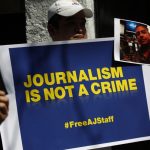 Background on Case No.173 – the “foreign funding case”News & Reports