Following weeks of pressure from the family of imprisoned activist Alaa Abdel Fattah, lawmakers, and even celebrities, U.K. Foreign Secretary Liz Truss said that her office is “working very hard” to secure Abdel Fattah’s release and that she will raise his case when her Egyptian counterpart visits the U.K. “shortly.”

Abdel Fattah’s sister, Mona Seif, described the news as an “incredible relief” and stressed her belief that if the British foreign office “put its full weight behind Alaa, his nightmare would be over.” But, she added, “He is on day 81 of hunger strike now and time is running out. I hope they decide to fully commit before it’s too late.” Seif is also on a hunger strike in solidarity with her brother.

Their mother, Prof. Laila Soueif, said that her son “no longer wants to live in Egypt” even if he is released. Abdel Fattah and his siblings recently gained British citizenship, and Soueif said that Mona already has plans to move to London. 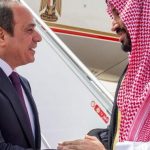 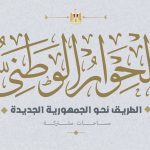