Saudi Crown Prince Mohamed bin Salman arrived in Cairo Monday to kick off a regional tour that will also include stops in Jordan and Turkey.

The tour by the kingdom’s de facto ruler comes as Riyadh is making a push to reinforce its regional alliances ahead of US President Joe Biden’s visit to Saudi Arabia next month, a visit that was framed in the White House’s press release as part of an American push to build a wider security-economic alliance that includes both Arab states and Israel.

However, the US mandate for closer integration has set in motion new fault lines in regional politics. According to sources familiar with Saudi-Egyptian affairs who have spoken to Mada Masr, bin Salman’s visit will lay the groundwork for Saudi Arabia’s bid to establish itself as the key partner over other regional players to Washington’s broader cooperation initiative.

In Cairo, the Saudi crown prince and his delegation will address a number of issues with Egyptian President Abdel Fattah al-Sisi and Egyptian officials, says a government source informed of the countries’ bilateral affairs.

However, two “unconventional files” — accelerating rapprochement with Turkey and the Muslim Brotherhood — will also be addressed, the source says. Egypt has been working on both fronts for several months, but at a pace slower than what the Gulf country wants, the source says.

The Saudis are ambitiously seeking to “lead the re-engineering of regional alliances” in the Middle East after years of tensions between Cairo and Ankara caused by the ouster of former President Mohamed Morsi and Turkish President Recep Tayyip Erdogan’s personal stance against his Egyptian counterpart, according to the source.

Bin Salman will personally discuss reconciliation with Turkey during his meeting with Sisi, the source adds, whereas the talks about the Muslim Brotherhood will be addressed in meetings between senior officials of both countries.

According to the source, the crown prince hopes that by laying the groundwork for the US regional alliance he would present himself to the Americans as “the balance-maker” in the region who is able to steer the direction of regional strategic alliances. Bringing the stumbling rapprochement between Cairo and Ankara, two of the most influential Sunni Muslim powers, closer to reality would serve that end, the source says.

The gradual improvement in the relations between Turkey on one hand, and Saudi Arabia, the UAE and Egypt began in the second half of 2021. Riyadh and Abu Dhabi have exchanged official visits with Ankara, while Cairo launched “exploratory” talks to normalize relations in June 2021. Yet, the Cairo-Ankara talks have proceeded at a slow pace compared to Turkish-Gulf rapprochement.

The “urgency” with which the source says the Saudis are pursuing Egyptian-Turkish rapprochement and broader coordination with the Muslim Brotherhood comes from concern over the United Arab Emirates’ parallel bid to make inroads with Washington in its plan for a new regional political infrastructure.

Saudi Arabia and Egypt have shared concerns over the Emiratis’ unilateral regional moves in recent years, most prominently seen in the official normalization of relations with Israel and the  facilitation of several countries to join the so-called Abraham Accords.

Two other Egyptian government sources, who spoke to Mada Masr ahead of a planned May visit to Cairo by bin Salman that was ultimately delayed, said that there is a wish on both sides to give a push to bilateral relations in view of shifting regional dynamics.

According to one of the sources, “the unease that both” Cairo and Riyadh feel regarding the political choices of the newly appointed UAE ruler Mohamed bin Zayed “has helped bring” Egypt and Saudi Arabia closer “despite some disappointments on both sides that cannot be disregarded.”

Egypt is particularly “upset” with bin Zayed’s choices in Ethiopia and Libya, and the Saudis are still “angry” with the UAE policies on Yemen, the source said.

In March, the Emirati, Israeli and Egyptian heads of state met in Sharm el-Sheikh to discuss an Israeli-Emirati-led push for any regional military coordination to take an anti-Iranian position. However, Egyptian officials told Mada Masr at that time that “nothing big” would come of the summit, as Cairo does not share the same anti-Iran sentiment.

According to the first government source, formalizing relations with the Muslim Brotherhood has also become a site of competition between regional and international parties.

Both Saudi Arabia and UAE “have existing contact with the international leaders of the Muslim Brotherhood,” the source says, adding that the Saudis’ expedited efforts to find a resolution to the conflict with the Egyptian regime come as an attempt to avoid competition with the UAE on one hand, as well as to preempt the “latest American and British efforts to build channels of communication with the group.”

The Saudis, the source adds, have “succeeded in their support of the London-based current interim Muslim Brotherhood Supreme Guide Ibrahim Mounir in his confrontation with the Istanbul-based Mahmoud Hussein.”

While bin Salman has previously been feted for tamping down the once prominent Salafi currents that were part of the kingdom’s soft power, he has in recent months begun to lighten pressure on these groups. “Saudi Arabia is now working on restoring its influence over Sunni groups to establish a balance against Iran whose Shia groups are active from Iraq, through the Gulf countries, to Yemen, Syria and Lebanon,” the source says

However, according to a European diplomat based in Cairo, this may cause some tension in Egypt, where the Saudis and Egyptians have often been in competition in managing Salafi affairs.

Bin Salman’s courting of American influence and desire to return to managing Sunni affairs at large comes as the crown prince is currently trying to regulate a smooth process of power transfer before King Salman bin Abdul Aziz, whose health issues have caused rampant speculation, passes away, according to a Gulf-based political source. The palace intrigue has spilled over at points, the source says, as several Saudi officials who were planning to visit Washington in May canceled their trips due to the internal situation in the kingdom.

Cairo’s receptivity to the Saudi initiative is conditioned by the fact that it is currently in the midst of a steep economic crisis, brought on by the effect that Russia’s invasion of Ukraine has had on the world economy. In recent days, the government has signaled that the economic situation may get worse by the end of the current year. To stem the effects, Egypt has beguntalks with the International Monetary Fund for a new loan and sought to court Gulf investment into key sectors of the economy, spanning from banking and real estate to the health sector.

At the close of March, Saudi Arabia deposited US$5 billion in the Central Bank of Egypt, which has seen an erosion in its currency reserve holdings as Egypt has had to make payments on its sizable foreign debt and seen investors spooked by the invasion in Ukraine flee its bond markets for more secure holdings.

According to the two government sources that spoke to Mada Masr in May, the crown prince will also be discussing plans to buy shares in some leading Egyptian economic entities in various sectors, with talks by competent government bodies having already begun.

Leaks about the sale of the state-owned United Bank of Egypt have made their way into the Egyptian press in recent months. Citing informed sources, Al-Shorouk reported on Saturday that ADQ Holding, an Abu Dhabi-based sovereign fund, is close to acquiring United Bank after expressing its desire to acquire all the bank’s shares. However, last month the Saudi sovereign wealth fund made an offer to acquire the bank, with CI Capital consulting the buyer, Hapi Journal reported.

Despite the need for an influx of cash, leading officials in Cairo have expressed serious concerns that dependence on the Gulf may lead to the “imposition of points of view or policies that contrast the regime’s current policies toward several internal and foreign policy issues,” the first government source says.

Turkey has also been witnessing an economic and financial crisis, for several years now, that has seen the value of the Turkish Lira depreciate and inflation go up to more than 70 percent. Ankara is now also vying for Saudi financing to mitigate the severity of the crisis, which presents itself as a major consequential challenge facing Erdogan ahead of presidential and parliamentary elections scheduled for mid-2023.

Erdogan visited the kingdom on April 28, marking his visit since the assassination of Saudi journalist Jamal Khashoggi in Istanbul in 2018, an affair that escalated the tensions between the two regional powers that were already at odds after the political changes in Egypt in 2013, the failed coup attempt in Turkey in 2016, and the blockade of Qatar in 2017.

Turkey has hosted several key Brotherhood figures that fled Egypt in the aftermath of the 2013 ouster of Morsi. However, with the changing regional dynamics in the last year and Egyptian and Turkish exploratory talks, many high-profile figures have sought safer havens, several sources close to the group have told Mada Masr.

Recently, the official state narrative and the media have sporadically referred to reconciliation between the Egyptian regime and the Muslim Brotherhood, with signals made regarding this file from the regime and its pundits while at the same time denying a push in this direction. However, Saudi’s interest in the issue might push the matter to the forefront.

Two days ago, Conservative Party chair Akmal Kortam expressed in a televised appearance his support for reconciliation with the Muslim Brotherhood under the condition that it must be preceded by extensive dialogue with the authorities. Kortam indicated that state representatives are already in dialogue with the Brotherhood and that, in the event that both parties reach a consensus, it should be shared with the public. At that point, Kortam said, reconciliation would be welcome. The Conservative Party chair also said he would not be opposed to the inclusion of exiled opposition figures, such as Ayman Nour, in the national dialogue that Sisi called for at the end of Ramadan.

Asked about Kortam’s remarks, the first government source said that the party leader has likely gotten his information from the Emirates, where he has family ties with figures in decision-making circles in Abu Dhabi.

A political source in Cairo with inroads in the decision-making circles says that talks have already been initiated at the regional level between Egypt, Qatar and Turkey regarding Muslim Brotherhood affairs.

“The Qataris and Turks have accepted that from now on they would not allow any Muslim Brotherhood activities on their territories. Egypt has been responsive in principle to demands to improve prison conditions for Brotherhood leaders and the Brotherhood at large and to consider releasing some of them down the road. It is hard to say that this issue is subject to any consensus among the security bodies,” the source says. But things are somewhat changing.”

The White House announced on June 14 that Joe Biden will hold a three-day summit in Jeddah starting July 13, upon the invitation of King Salman bin Abdul Aziz, to “reinforce the United States’ iron-clad commitment to Israel’s security and prosperity and attend a Summit of the Gulf Cooperation Council plus Egypt, Iraq and Jordan. He will also meet with counterparts from across the region, to advance U.S. security, economic, and diplomatic interests.” 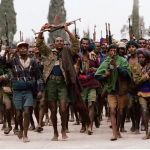 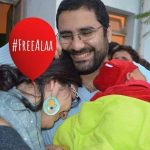