Yet another Coptic Christian clergyman has been murdered in cold blood in Egypt, on Thursday evening.  Local Christian media reported that, while walking in a crowded street of Alexandria with his family and some church-youth, Fr. Arsenius Wadid was stabbed in the neck by an unidentified but bearded man, killing him.

Fr. Arsenius, 56, headed the Church of the Virgin Mary in Muharram Bay and later the Saint Paul Church of Alexandria. He was ordained in 1996.

As this just happened, details are still sparse and sometimes contradictory.  Some sources say that Arsenius died instantly, in the middle of the street in front of his traumatized family, while others say he was rushed to a hospital but died soon thereafter of his wound.

The assailant was apprehended by people witnessing the murder and handed over to the police, who is reported to investigate the case. According to one source, “preliminary investigations [are expected, as usual] to suggest the suspect is mentally unstable in preparation for him to escape justice.”

Egyptian media will no doubt attempt to portray this murder as a strange and unexpected aberration. In reality, it is part of an ongoing continuum, whereby extremist Muslims in Egypt randomly target and attack, and often slaughter, Coptic Christian clergymen.

In one especially notable—because very similar—incident, a Muslim man slaughtered a Christian priest in broad daylight.  Security camera footage (formerly viewable here) captured a man with a large butcher knife chasing and stabbing Fr. Samaan Shehata—including in the head, neck, and torso—in the streets of Cairo on October 12, 2017.

Some personally acquainted with the murderer, Ahmed Saeed Ibrahim, confirmed  that he had recently “begun praying in the street, shouting loudly and calling Christians infidels.”  As for motive, one report says “he had decided to kill any Coptic priest, purchased a dagger, and lay in wait for one to pass by, in a street leading to the local church.”  His father “is more of a terrorist than his son,” added one woman; he “used to stop children on their way back from church and say, ‘You are multiplying, may Allah destroy your houses and burn you all. You have filled our neighborhood with filth.’”

Even so, and as Egyptian authorities appear to be positioning themselves to say about the more recent murder of Fr. Arsenius, so too back in 2017 they labeled Ahmed as “crazy,” prompting one Copt to ask: “Why is it that anyone who kills Christians is crazy?  The person who killed two Christians in a train was crazy. We got used to this, and are expecting [the murderer] will soon be released too.  We don’t want to be unfair to anyone, but Ahmed Saeed is not crazy, he’s a religious extremist.”

One can cite more examples—in 2013, Coptic priest Mina Cheroubim was shot dead as he left his church in al-Arish, north Sinai—but the point should be clear by now. 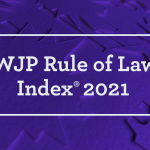 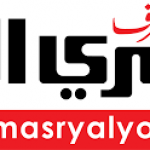