It was 10 years ago, but the pain is still raw. On the night of Friday, January 31, 2011, a terrorist attack killed 21 people and wounded 79 others outside a Coptic church in Alexandria, Egypt.

One of those present was Kiro Khalil, a 20-year-old Coptic Christian. Words cannot capture the horror he experienced. Although he survived the terrorist attack, three members of his family died.

Afterwards, Kiro Khalil faced discrimination and death threats. He had to leave his homeland and sought refuge in Germany. But along the way, he also found happiness, and recently got married.

Florian Ripka, executive director of the German office of the pastoral charity Aid to the Church in Need (ACN), spoke with him about the power of reconciliation, about loving one’s enemies and about faith that resists persecution.

You survived a terrorist attack on a church. When was that and what happened?

I lost the closest members of my family in the attack on the Church of St. Mark and St. Peter (al-Qidissin Church) in my hometown of Alexandria. It happened on New Year’s Eve 2011. We were at the church to give thanks to God for the year that was coming to an end. As we were leaving, shortly after midnight, a car bomb exploded in front of the church. Twenty-one people died and several hundred were injured. Among the dead were my mother, my sister, and one of my aunts. My other sister, Marina, was seriously injured. She had to be operated on 33 times.

You lost your loved ones. How do you contain your grief and the rage you must feel towards your attackers?

Since I was a child, I’ve been subject to hatred and discrimination because I’m a Christian. I was often verbally harassed at school simply because of my name — Kiro — which is a traditional Christian name. From childhood, my mother taught us to love our fellow man regardless of what they did to us. “Love your neighbor as yourself”: my mother inscribed this commandment of Jesus in our hearts. After the attack, it helped me tremendously to overcome my pain.

Ultimately, your faith is the reason you and your family were attacked. Did you ever doubt God?

Absolutely not. Four thousand people were gathered in the church for the New Year’s Eve service. Among them, three of my relatives were chosen to be martyrs. And even though it seems strange, instead of giving in to despair or asking myself, “Is God unjust to allow such a thing?,” I consider it a grace.

It hasn’t been possible to identify the perpetrators of the attack, nor their sponsors. What do you think of the murderers?

I feel pity for the perpetrators of the attack. Extremists live under a lot of pressure. They believe that they must commit acts of violence against people of other religions to please God. These people have blood on their hands. How can a person live with such guilt? I imagine that they suffer as much as I do from the consequences of this attack.

You now live in Germany. Do you feel free to live your faith here? And what do you think are the challenges for believers here?

In Germany, there’s a lot of freedom. It’s often taken for granted. Sometimes I have the impression that the faith is dying over time. It’s often the case that the Church is particularly alive in places that are undergoing persecution. In Egypt, Christians are dying for the right to live their faith. Here in Germany, churches are closed or turned into museums. This saddens me.
___________________________________________________
https://aleteia.org/2021/09/06/egyptian-christian-has-forgiven-the-terrorists-who-killed-his-mother-and-sister/?fbclid=IwAR0zvRmLtMZxiQ1sWtb7b9j-UWh8uVrML_o24_UDTPOprbGx64o30clBWxE 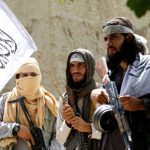 Terror is the very “raison d’etre” of TalibanSelected Opinion 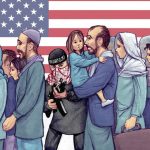 The War on Terror Shifts to ‘Brainistan’Selected Opinion