The West needs a better system for identifying radical Islamists and cutting out the religious underpinnings of jihad.

Twenty years ago, 19 of my fellow Arab Muslims carried out the worst foreign attack on American soil in history. Slipping into the country legally and apparently without raising alarm bells among our intelligence and law-enforcement communities, these members of al Qaeda, a radical Islamist group bent on jihad, crashed two commercial airliners into New York’s World Trade Center towers and a third plane into the Pentagon. They failed with a fourth aircraft because of the actions of courageous and selfless passengers. As a result, nearly 3,000 people were murdered that day, and many more have succumbed to related injuries in the ensuing years.

I mention all this not to recall the obvious, but to make the point that such immense harm to our nation could be effected by a small group of dedicated terrorists. Yet now, in the name of protecting Afghan nationals who helped our military and intelligence services—and of providing the prospect of better lives to the hundreds of thousands who stream across our southern border this year—we have created conditions favorable to another, perhaps much deadlier terror attack on the U.S.

Sad but true: In the 20 years since 9/11, we have continuously worked to fight only the symptoms of what transpired that horrible day. We loosed our military might on al Qaeda in Afghanistan and kept a presence in that benighted country until last month. We invaded Iraq, deposing Saddam Hussein but failing to leave a stable, peaceful and reliable ally. We have launched military strikes in other Arab or Muslim-majority countries in the Middle East, South Asia and Africa.

Yet here we are, on Sept. 11, 2021, still vulnerable to the same sort of act that transpired 20 years ago despite our enormous expenditure of treasure and precious blood. I guarantee you, among those who are entering our shores and crossing our borders are men hell-bent on dwarfing 9/11 and declaring another victorious jihad.

How do I know this? I was once one of them.

In the late 1970s, as a medical student in Cairo, I joined Jamaa Islamiya, a terror group led by Ayman al-Zawahiri, the man who replaced Osama bin Laden as head of al Qaeda. I began treading the path of Islamic radicalism, including hatred of all non-Muslims—infidels—and preparing to wage jihad, achieve martyrdom, and inherit paradise.

I rejoice to this day that I managed to extricate myself from that ideology in 1981. I have spent the years since speaking out against the violent perversion of my faith and offering to help others to do the same. Because of my background, I can state unequivocally that we in the West have not yet installed effective techniques to detect the jihadists and terrorists lurking among us. Why? Because these men harbor a mindset that is theologically based. They don’t fear death—instead, as I once did, they welcome martyrdom. And they freely practice what they call taqiyya—deceiving the infidel.

tuation isn’t hopeless. We can save our great nation from another 9/11-like attack, one that could include cyber or biological components. Here are several specific approaches:

• Create and implement an impenetrable vetting process to detect terrorists among Afghan refugees and others crossing our borders. Current vetting methods, useful in screening conventional covert operatives, can’t reliably expose jihadists, who are willing to employ taqiyya and who reject all civil authority. Jihadists consider such behavior their sacred duty. They are as dedicated to lying as they are to dying. We therefore need interrogators sufficiently grounded in Islamic tradition and radicalism to uncover and confront people attempting to employ taqiyya. It is a life-or-death distinction.

• Initiate an education program for refugees to counter the root causes of Islamic radicalism, such as absolutism, judgmentalism and literalism. The program would employ several cognitive-psychology-based techniques such as the “generation effect,” “spreading activation” and “rehearsal of information within the critical 30 seconds.”

I designed one such program, which uses an illustrated quiz to encourage flexible thinking. One question shows a white tennis ball and asks the participant how it would look through glasses of various colors. Then it asks: “What do you learn from this lesson? a. All people must see things the same way. b. People can see and feel things differently just because they were given different ‘glasses’ or different upbringing by different cultures.” This is one of an array of proven techniques to break through the mental firewall that is radical Islam.

• Support efforts already under way in the Middle East to fight radicalism—efforts conducted by dedicated and courageous people who risk retribution. Using social media, written commentaries and videos, they provide alternative interpretations of Islamic texts. I have participated in such efforts, writing the first complete and peaceful explanations of the Quran and the words and deeds of the Prophet Muhammad. Despite the risks, such efforts have attracted millions of followers on the Internet.

• Adopt and support a strategic plan to defeat radical Islam in what I call “Brainistan.” By this I mean cutting out the religious underpinning of jihad and thereby relegating the Taliban, al Qaeda, ISIS and similar groups to the category of common thugs—the infidels they actually are.

I don’t suggest that we abandon the Afghans who, over the years, have risked their lives and families to assist us in their country. I am urging that we now take the steps necessary to protect our country from those who would take advantage of our generosity.

In adopting these measures, we won’t lack support among Muslims, many of whom would stand with us. Never forget that Islamic radicalism and terrorism have inflicted even more harm on Muslim countries than on ours.

These actions, if taken quickly and with resolve, will expose the radicals determined to do us harm. They will help to relieve our military of the dangerous task of hunting down jihadists in their lairs and spare us the agony of losing more young men and women in the cause of defending freedom. On this of all days, let us resolve to gain the advantage in this existential struggle. It is a war we can’t afford to lose.

Dr. Hamid, a physician, is author of “Inside Jihad: How Radical Islam Works, Why It Should Terrify Us, How to Defeat It.” 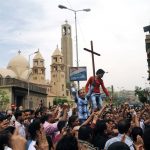 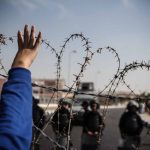 Egypt: Human rights catastrophe results from lack of political will, not lack of a national strategy to whitewash realitySelected Opinion