Egypt is in the process of building the largest parliamentary building in the Middle East in its New Administrative Capital. Last year elections were held for a new upper chamber of parliament—the Senate—which was added in the latest round of constitutional amendments, along with subsequent elections for the House of Representatives. Why, in a regime structure where the legislature holds virtually no true independent political power, is the body expanding and being housed in ever-more grandiose buildings? What can the latest round of elections tell us? Egypt’s current parliament represents important continuity to its past in many areas, but also bears features specific to the regime that is being built by President Abdel Fattah El-Sisi, which reflect changes and innovations in the role parliament plays in the current political order.

While some have come to view the new dominant party, the Nation’s Future Party (NFP), as a rebranded National Democratic Party (NDP)—the ruling party under Presidents Anwar El Sadat and Hosni Mubarak —there exist important distinguishing features in the party’s structure, practices and relationship to the regime that offers insights into the how political power and control have been consolidated.

The NDP was founded by Sadat, both as an overall strategy to erase his predecessor Gamal Abdel Nasser’s legacy and step out from under his formidable shadow and to signal his embrace of market economy reforms and liberalization. Original NDP members were largely former members of Nasser’s ruling Arab Socialist Union (ASU), who joined the new party by the time the ASU was disbanded in 1978, reflecting the longstanding way in which political parties are used as tools of control, rather than ideological or policy-driven entities.

Under Mubarak, the NDP grew in significance, becoming home to an ascendant center of power among crony capitalists associated with his regime, who not only populated its policies committee but also a number of ministerial posts. The party wasn’t simply a vehicle for patronage—it had a role in seeing through the regime’s ambitions.

In 2011, the military moved to dramatically weaken this new center of power composed of the regime’s civilian business elite. The NDP had been one of the most public faces of the regime aside from the president himself and was widely viewed by the public as a corrupt class of elites enriching themselves.

The NDP dominated parliamentary life for 43 years, with limited opposition that included an occasional handful of independent candidates from the banned Muslim Brotherhood. The only exception to this was in 2005 when a full 88 parliamentary seats (roughly 20 percent) went to the Brotherhood during a brief opening under Mubarak. The regime responded to the Brotherhood’s success by banning all political actions based on religion in a constitutional amendment and undertook some of the most egregious electoral manipulation in the regime’s history in 2010, in which the Brotherhood’s share of seats dropped from 88 to 1 and the NDP secured 420(87 percent) of the seats outright, plus dozens of other NDP allies.

After 43 years as the ruling party with direct ties to Egypt’s president, the NDP was dissolved in 2011 with notable party leaders like Ahmed Ezz arrested, while others fled the country and had their assets frozen. However, not all elites who once formed the core of the NDP have been banished from public life. As was the case with ASU members who joined the NDP, many former NDP members have gone on to join the NFP and other pro-regime parties. However, significant differences between the NDP and NFP offer important insights into the new regime’s strategy in managing parliamentary life and its relations with the patronage networks housed in parliament.

Unlike the NDP, the NFP does not drive policy the way the NDP did under Mubarak, his son Gamal, and the crony capitalists in their inner circle. Indeed, there’s little indication that the NFP have any policy proposal of their own. Their members, to date, do not hold any ministerial portfolios in stark contrast to the NDP, from which many ministers were appointed in the “businessman cabinet” under the stewardship of Prime Minister Ahmed Nazif from 2005-2011.

In contrast to Sadat and Mubarak, Sisi has not officially attached himself to a ruling party. This not only represents a check on independent political influence but also provides a potential scapegoat removed from the presidency with which to appease public anger. Indeed, the dispensable position of MPs was made clear with the latest election, with the new House of Representatives retaining only 30 percent of its previous members with a number of significant parties, like the Free Egyptians Party, eviscerated.

This doesn’t mean developments or political maneuvering in parliament are irrelevant. The latest round of elections were carefully managed by the National Security Agency, with the NFP tasked with coordinating the official party list that was to dominate the vote. NFP leaders used their predetermined domination to negotiate for the inclusion and thus cooptation of an array of political parties. The names of who would ultimately end up on the list were not a question of policy or popularity as much as it were part of a competition over access to privilege.

The corrupt process has caused rifts in other parties, further weakening them. The Wafd Party’s chair, Bahaa Eddin Abu Shaqa, put his daughter and a number of other individuals who had not been approved by the party’s high council on the NFP’s joint list. This led to an insurrection inside the party, resulting in Abu Shaqa expelling several party members, including current MPs. Dissastisfaction with the number of seats allotted to them by the NFP reportedly resulted in mass resignations in the Republican People’s Party.

For his part, President Sisi appears to have cautiously leveraged a growing loyal civilian elite base to deepen the his grip on power while simultaneously carefully distancing himself from it. This is part of a broader effort to avoid the pitfalls of the Mubarak years.

While the composition of Egypt’s parliament and the elections that preceded its formation tell us next to nothing about public opinion or the policies the government will pursue, they do offer insights into these latest round of regime-building that continues to evolve and merit continued examination. The conflicts within and between parties, as well as tensions among regime insiders over the distribution of seats are all part of an internal regime politics that, while wholly undemocratic, is not without its own forms of competition. 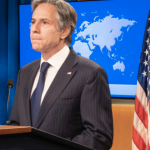 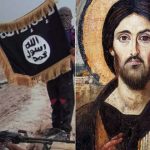 The Perilous Path from Muslim to ChristianSelected Opinion