In today’s hyperpolarized environment, Beltway commentators and even think-tank scholars seem unable to resist the temptation to put a partisan twist on the most nonpartisan of causes. While some voices have attempted to politicize the issue of international religious freedom (IRF), the cause itself continues to attract wide bipartisan support.

As the Biden administration continues to prioritize human rights in US foreign policy, it should look to the upcoming IRF Summit, running from July 13 to 15, as a forum where it can promote this agenda with a broad coalition that is diverse in both religious composition and political affiliation.

So far, the administration has made encouraging statements of solidarity with the persecuted and has also confronted oppressive governments. Recently, at the release of the Department of State’s 2020 IRF Report, Secretary of State Antony Blinken criticized both Iran and Saudi Arabia, two regional rivals, for their persecution of religious minorities within their borders. Regarding the former, he stated:

The secretary condemned the latter, particularly for its oppression against Christians, by stating:

Saudi Arabia remains the only country in the world without a Christian church though there are more than a million Christians living in Saudi Arabia.

In late June, Secretary Blinken met with Vatican Secretary of State Pietro Parolin, and the two were able to discuss the IRF issues. Following an official State Department condemnation of Turkish President Recep Tayyip Erdogan for anti-Semitic comments, Deputy Secretary of State Wendy Sherman also met with the Ecumenical Patriarch of Constantinople Bartholomew in March to discuss religious freedom issues in Turkey and across the wider Middle East. On April 24, President Joe Biden made history by becoming the first president in US history to officially commemorate the Armenian Genocide.

In March, US Ambassador to the United Nations Linda Thomas Greenfield delivered a speech on freedom of religion and belief. She addressed many of the most concerning violations against the freedom of worship or belief, including the persecution of Christians and Yazidis in Iraq and human rights abuses in Aksum, Ethiopia.

Secretary Blinken has rightfully picked up where his predecessor Mike Pompeo left off and condemned China for its genocide against Uighur Muslims.

While these are all promising indicators of a commitment to the IRF cause, the Biden administration has its work set out for it to empower the US government to tackle these abuses from across the globe.

While President Biden issued an encouraging statement after Pope Francis visited Iraq, he should truly capitalize on it by making a long-term US commitment to assisting ISIS genocide survivors.

He should seek to strongly enforce President Donald Trump’s executive order on international religious freedom and put his full weight of support behind the international IRF alliance.

While it is easy to condemn countries such as China and Iran on religious freedom violations, President Biden will need to show courage in pressuring countries such as Egypt, India, and Saudi Arabia to reform.

Most importantly, he will need to prioritize filling key IRF appointments, such as the ambassador-at-large for international religious freedom position. The president should also appoint a special envoy for the Middle East, fill upcoming commissioner vacancies in the US Commission on International Religious Freedom (USCIRF) promptly, and appoint a special adviser on international religious freedom on his National Security Council.

Finally, he can direct Secretary Blinken to accept USCIRF’s 2021 report recommendations and designate governments that violate religious freedom as Countries of Particular Concern or place them on the Department’s Special Watch List.

The IRF Summit is the perfect forum for the administration to advance its IRF agenda.

First, it is a strongly bipartisan event, from its co-hosts to its honorary congressional co-chairs (including Senator Chris Coons, who enjoys a close relationship with the president).

Secondly, it is a big-tent, multi-faith coalition of every religious group in the world locking arms and advocating for each other’s rights to believe or not believe. Notable speakers include Roman Catholic Archbishop of New York Timothy Cardinal Dolan, the Dali Lama, and Academy Award Winner Mahershala Ali (who is a practicing Ahmadi Muslim).

Thirdly, this is a crucial opportunity to “heal the soul” of the nation, as the president likes to say. IRF has been arguably the most unifying initiative in US foreign policy. By giving the issue due attention in his human rights agenda, he will help crystallize this important issue in US foreign policy for future presidents of both political parties.

The president, secretary of State, and USAID Administrator Samantha Power should all participate in the IRF Summit as a visible commitment of engagement with the issue.

The Biden administration has made some encouraging first steps on IRF issues; however, as the president progresses into the next chapter of his presidency he must fill key vacancies and implement policies that confront persecutors and support the persecuted across the globe.

Bipartisanship, consensus-building, and unity are themes that the president regularly champions. The IRF Summit is the perfect forum for his administration to participate in, not only to pursue his stated objective of advancing human rights, but also to build a sustainable coalition around a cause that affects everyone everywhere and all the time.

Steven Howard is the advocacy director for In Defense of Christians, a nonprofit and nonpartisan organization advocating for the human rights of Christians and other religious minorities in the Middle East. 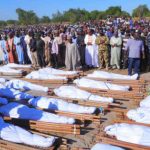 Will Christian Black Lives Ever Matter? The Ignored Genocide in NigeriaSelected Opinion 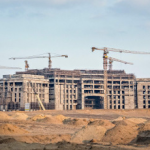