Editor’s note: This article, written by the now-retired prominent priest of a poor suburb of Cairo, was initially published in 2012.

I have noticed through the years of my church service that most of the tithes given by Copts are willingly distributed among the poor and needy, the so-called “brothers of the Lord”. Part of this money is also attributed to the building of churches. But only the “leftover pennies” are allocated to support associations and organizations committed to the defense of Human Rights.

This might be due to the persistent teachings of the church underlying the importance of being charitable, to the point that those who give to the poor often consider themselves to be “lending the Lord” (Proverbs 19:17). As a matter of fact, Jesus himself said that whoever does well in giving food to the hungry, water to the thirsty, shelter to the stranger and clothes to the naked, as well as visiting the sick and the imprisoned, would be doing this to Jesus himself. “Verily I say unto you, inasmuch as you have done it unto one of the least of these my brethren, you have done it unto me” (Mathew 25: 40). This is probably why the poor and the needy have been called “brothers of the Lord,” through them the opportunity of entering the Kingdom of God could be gained: “Come ye blessed of my Father, inherit the kingdom prepared for you from the foundation of the world: For I was hungry, and you gave me meat; I was thirsty and you gave me drink; I was a stranger, and you took me in; naked, and you clothed me; I was sick and you visited me; I was in prison and you came unto me” (Mathew 25: 34-36).

In this respect, Christianity makes no discrimination as to whom these acts of charity are directed, depending on the creed or faith. The late Pope Shenouda III had said that we could donate our blood to a non-Christian and that being merciful to ALL mankind is the Bible’s testament.

Now the question is: Who are the hungry, the thirsty, the stranger, the naked, the sick and the imprisoned?

It might be easy to describe the “hungry, thirsty and naked” as those who, due to the blows of fate, adversity or misfortune, have come to lose their possessions or the family’s provider. However this also applies to victims of tragic sectarian violence, who are often taken care of by our churches.

The “stranger,” who is no less in need than his brothers, may be he who travels away from his homeland, but also he who is a “stranger in faith” (such as a convert from another faith).

As for the “sick,” who can either be the victim of a curable or incurable disease, may also be the victim of tragic and violent incidents, such as Alexandria’s Two-Saints church, Mokattam, Imbaba, Maspero and others, where we have witnessed even needy families giving generously medical and other expenses to help the victims. Some of these efforts continue for quite sometime after the tragic incidents.

Now, who is the “imprisoned”?

“Relieve the oppressed, judge the fatherless, and plead for the widow.”

During a visit to the Bethel, one of the organizations that provide medical treatment to disabled victims in Bielefeld, Germany, I noticed that the service chart of the organization included a seventh item, in addition to the six mentioned in Mathew chapter 25. This is “honoring the dead” whether a martyrs or a deceased, and taking care of their families.

We know that many of these violent sectarian incidents have left behind widows, orphans as well as victims of injustice. Among these examples is Shaiboob Arsal, an innocent victim of Al-Kosheh massacre who was unjustly imprisoned for 15 years. Even after his release from prison, he continues to suffer like many other unjustly treated victims.

The question we should ask is who is to defend these tyrannized victims? Should we not consider a wronged prisoner, unfairly abused, as a “brother of the Lord” according to the Lord’s testament “I was in prison and you visited me”?

The prophet Isaiah summed this up in one single verse: “Learn to do well; seek judgment, relieve the oppressed, judge the fatherless, and plead for the widow.” (Is. 1:17)

Where can we seek justice?

How can we render justice to an oppressed?

By appealing a judiciary ruling, even at international courts.

How can we defend a victim of oppression?

By using all possible methods of legal defense, but also by making the most of the press and the audio-visual media to alert the public opinion and appeal for the solidarity of the international community. This can be by supporting Human Rights associations and legal entities in charge of the defense of the victims of injustice.

Therefore I firmly believe that every penny from our tithes, alms or donations, given to esteemed information media in order to defend the oppressed, or to help financing martyrs’ families, or to pay a lawyer who will stand up in court to denounce the injustice suffered by these victims, or to give to an honorable and worthy organization of defending Human Rights, is likewise being given to Jesus Christ himself, because after all, these victims are “brothers of the Lord,” and deserve to be rendered justice.

More than any time before, we now need to administer our tithes intelligently in order to defend the cause of our oppressed victims, the wounded, the martyrs and their families particularly that courts are becoming “politicized” and manipulated by the executive authorities.

I am addressing all those among you “whose hearts can urge them” to do well and to give from what they possess in order to render justice and support victims of oppression.

I am expressing my opinion here, after having noticed that many among you believe that such aid and donations are allocated to financing “unnecessary political causes” or directed towards conflicts with the régimes. They try to justify such attitude by quoting a Bible verse such as: “For here have we no continuing city, but we seek one to come” (Hebrews 13:14). Therefore I insist on drawing attention to “the commandment on which hangs all the Law and the prophets.” (Math. 22: 40). We just have to choose between the reliable and honest media outlets the others; between the serious association that has a clear vision and message and the others “But let us ask in faith, nothing wavering…” (James 1:6).

My last call would be: “Save the oppressed from the hands of the unjust, and do not be mean in your judgment …” 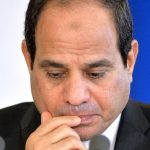 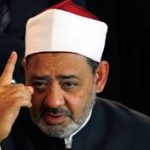