Earlier this month, representatives of the three main Churches in Egypt, the Coptic Orthodox, Coptic Catholic, and the Evangelical handed to the Cabinet the final draft for what they termed the Egyptian Family Law, a family law for Christians in Egypt. The draft includes the articles which all the Churches in Egypt agreed upon, as well as the articles particular to each Church according to its doctrinal teachings. Once passed by parliament, the law should apply to all Egyptian Christians in Egypt.

The draft “Egyptian Family Law” in fact denoted what has been known during the last five years as the Family Bylaws for Christians, also as the Personal Status Bylaws for Christians. These five years witnessed discussions on the draft law, its preparation and final drafting. The term “Personal Status [Family] Bylaws for Christians” derived from Article 3 of the Egyptian Constitution which stipulates: “The doctrinal principles of Egyptian Christians and Jews are the main source of legislation that governs their respective personal status [family] and religious affairs, and the selection of their spiritual leaders.” The Egyptian Churches have agreed to name it the Egyptian Family Law, which is fine, given that what really matters is that the legislative requirement of the Constitution would be fulfilled through a law that governs family and personal status affairs of all Christians, and which would be the basis for Egyptian court rulings in family cases. It is hoped that this law would settle a long, complicated legacy relating to unresolved family and personal status affairs of Christians, including issues of inheritance, that have gone on for decades on end. We also hope that this law alleviates current and future Christian family difficulties.

This is not the first time I tackle the issue of the need for a comprehensive personal status law for Christians, expressing my concern at the lack of one and my aspiration for the fulfilment of the constitutional requirement in this regard. This topic has been the subject of a number of my editorials; on 24 October 2018 I asked Church, government and parliament where the much-needed Family Law for Christians stood. A month later, on 18 November 2018, I wrote that it was still unresolved by the Churches of Egypt, meaning it was yet in their court. Throughout 2019, I closely followed up on the matter, hoping a bill finds its way to parliament, but that never happened. In my editorial dated 22 December 2019, I cited the family law for Christians among the luggage of legislation we carried into 2020. So it is with relief and anticipation that I today note that the draft for the Egyptian Family Law is now in the government’s court.

On the objective, not pessimistic, level: let us not rush matters. The draft has been handed to the government at a time when a new legislative phase is being born in Egypt. Last week saw the newly elected Senate—the first since Egypt’s unicameral parliament was changed to bicameral through a constitutional amendment in 2019—hold its first session which was a procedural one. A few days later, elections of the House of Representatives, the lower House of Parliament, started; the first phase of the elections was held Wednesday 21 October to Friday 23 October for Egyptians outside Egypt, whereas voters inside Egypt cast their ballots yesterday Saturday 24 October and may continue to do so today. The election process will proceed with the second phase and the re-runs for both phases. True, the current House of Representatives is still in session until next January when it will end its sixth and final session and hand the responsibility over to the newly elected House. However, I imagine that the government would need the time to look into the Egyptian Family Draft Law, to put it in final legal form before submitting it to parliament. This implies that the bill may not be ready in time for the current House to look into, but may need to wait for the newly elected House.

I sincerely and truly hope that the Egyptian Family Law would walk its legislative path without hurdles, and would finally see light and become the legislative tool it was intended to be by the Constitution.
_______________________________________________________
https://en.wataninet.com/opinion/editorial/family-law-for-christians-now-in-cabinet/34012/?cf_chl_jschl_tk=796a88761cd4d8abebe2d275268b402aac07224a-1603908172-0-AXj9f2fIIxIm7scI_13BcVrVYh43bUplBLLPi2IS6I_cKtjYzrRP1lCk6MLqJQeUU7amwk_UFovEsNicNEwrVaikOkPI-MZNKN056YZy7ABrPvI8VBsdQPmozK-oCov5SP_z3eZsWVx5RAhpNQGMSLlH6vMS1596pyghXKJTZkcWzh83rNnQRTPkemn7Nh1ygeAohND7d0Qv65k5CBgcmGL8FlUye3hZ0OtepQHkl4GOjVKbOy_KNSXPgYoe8ctv9eQTA93ibmOOMTg0dlom4TrxWCv9Z-TX_-NfKrnFwmeIs8ZTKT2RRFmtMHDynNth4kwkIHXv2ARGXEZLjPRzenj8iFhwHKg1OYZTgvWSF5c_ 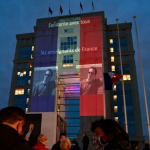