In last week’s Editorial, I listed the unlicensed churches which were granted legality throughout the last two years by the Cabinet committee formed on 28 September 2017 to look into the status of unlicensed churches and Church affiliated buildings with the aim of endowing them with legality. To date, the committee has scrutinised the cases of 1171 unlicensed churches and Church affiliated community service buildings, out of a total 3730 that had applied for legalisation prior to the deadline set by the 2016 Law for Building and Restoring Churches. This means that the committee has completed 31.4 per cent of its charge, and still has to look into the remaining 68.6 per cent. I grouped the legalised cases into those which had gained conclusive legality, and those which were granted legality pending compliance with various conditions stipulated by the law. This means that many cases are required to complete documents or fulfill structural or civil defence requirements before their legalisation is final.

I list here a table of the churches and Church affiliated community service buildings that were granted legality through nine successive decisions by the Prime Minister over the past two years. It must be noted, that until Watani International went to press, the details of the 10th batch of churches legalised had not been publicised by the Cabinet. 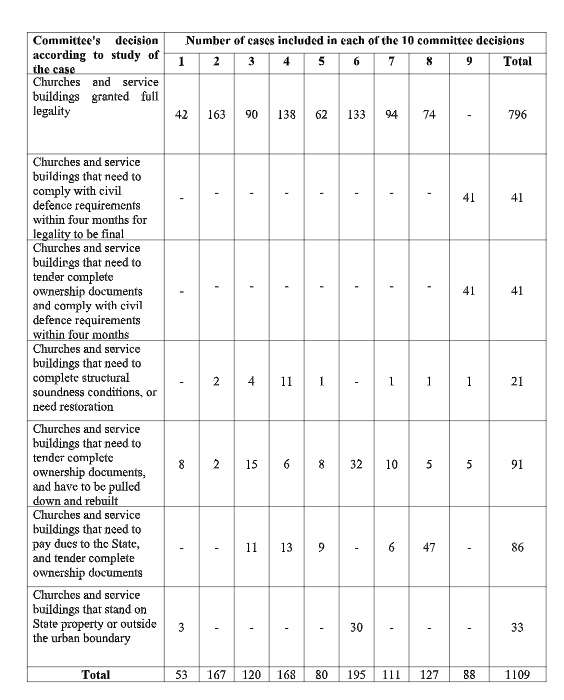 The table shows that, excluding the 501 cases the legality of which has been fully approved, the legality of the remaining cases hinges on completing and fulfilling required documents and conditions. Cases that were built on State property or outside the urban boundary require official decisions that go beyond legalisation of status.

It is obvious that Egypt’s 2016 Law for Building and Restoring Churches is unprecedented in that it fulfills the constitutional right of building places of worship. It also includes provisions for legalising already existing unlicensed churches and Church-affiliated buildings, but only under the condition of completing the legal requirements.

It must be remembered that until the law was passed in 2016, it was next to impossible for Copts to obtain official licence to build or restore a church. Copts, who direly needed churches in view of growing congregations and declining conditions of existing churches, had resorted to building churches without licence. 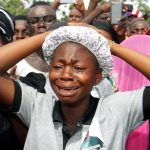 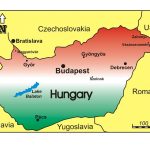