The undersigned organizations demand the immediate and unconditional release of Patrick George Zaki, a researcher at the Egyptian Initiative for Personal Rights and  graduate student at the University of Bologna, together with an investigation into the torture Zaki endured during his detention. The undersigned further urge UN special rapporteurs, members of the European Parliament, and representatives of the Italian parliament to intervene immediately and secure Zaki’s release from the Egyptian government. For as long as Zaki remains detained, the undersigned hold the Egyptian authorities responsible for his physical and psychological safety and wellbeing.

Patrick Zaki, 27, was arrested the morning of Friday February 7th  at Cairo International Airport. He had been traveling to Egypt to visit his family before resuming his studies. For over 24 hours, Zaki was illegally detained and prevented from contacting his attorney and family.  During this time, he was interrogated at the airport and taken to homeland security offices in Cairo and then in his hometown of Mansoura.   Ignoring Zaki’s complaint of torture – including being beaten and subjected to electric shocks – the South Mansoura Prosecution  remanded him on Saturday February 8th  for 15 days[1] on spurious charges,  such as spreading false news and harming national security, as well as terrorism charges typical of those levied against peaceful critics of the Egyptian government.

The fabricated case against Zaki occurs in the context of an escalating government crackdown against civil society, which has ensnared an ever-growing number of researchers, academics, human rights defenders, and other peaceful citizens into Egypt’s penal system. Researchers who have been arrested, disappeared, and/ or tortured by Egyptian state authorities in apparent retaliation for their work include Ismail Alexandrani, currently serving a ten-year prison sentence handed down by a military tribunal in May 2018. Ibrahim Ezz El-Din, an urban researcher at the Egyptian Commission for Rights and Freedoms, is currently being held under Case 488. Prior to his detainment, Ezz El-Din had been disappeared for six months, during which he was tortured. Researcher Mohamed Abdel-Ghany, who has been held in pretrial detention for over one month, [2] was forcibly disappeared for two weeks and tortured – including with electric shocks – during his disappearance.  Coptic researcher Ramy Kamel, detained since November 2019[3], was  tortured and maltreated before, during, and after his arrest.

The Egyptian government’s retaliatory campaign against researchers with pro-human rights perspectives comes in the context of a broader campaign to eliminate civil society; an unprecedented crackdown against  human rights defenders and civil society organizations was launched when  Field Marshall Abdel-Fattah al-Sisi assumed the  presidency in 2014. Organization have faced forcible closure, asset freezes, or have been compelled to scale down their operations or relocate abroad. Egyptian rights defenders have been subjected to prosecution and many forms of intimidation and harassment, including death threats, physical assaults, travel bans, and media smear campaigns up to and including incitement to violence and murder. Patrick Zaki was the target of a media smear campaign just a few hours before his arrest, and upon his arrest, Egyptian state-aligned media extended  this smear campaign to his organization and  human rights defender colleagues,  as well as other international institutions showing solidarity with Zaki.

Patrick Zaki’s  arrest and torture has incited anger among right organizations and international condemnation, especially in Italy; stoking fears that Zaki may be murdered in Egypt similar to Italian researcher Giulio Regeni in 2016. The widespread international condemnation has thus far gone unheeded by Egypt’s Interior Ministry, which only affirmed in a statement that Patrick is Egyptian, not Italian, as if his torture and imprisonment is acceptable so long as he is an Egyptian – and not foreign –  national.

The undersigned organizations fear that Patrick George Zaki will join the hundreds of other Egyptian activists, researchers, journalists, and politicians whose lives are being wasted away either in prison or pretrial detention, on the basis of similar falsified charges. Even when being released after spending the maximum two years allowable by law in pretrial detention, these Egyptians soon find themselves again facing charges in new cases, which reset the two-year time period for pretrial detention, a practice termed as “recycling cases” by rights organizations. 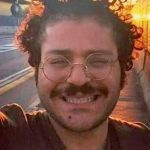 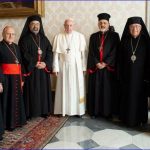