An Egyptian researcher who is studying in Italy has been arrested on arrival in Cairo on charges of “harming national security”, sparking alarm among Italy’s authorities who fear a repeat of the case of murdered Italian doctoral student Giulio Regeni.

Patrick Zaky, a graduate student at the University of Bologna, was arrested at Cairo airport during a visit to see family. Zaky is a researcher on gender and human rights at the Cairo-based Egyptian Initiative for Personal Rights (EIPR), which said he was covertly taken from the airport and interrogated at facilities belonging to Egypt’s national security agency in Cairo and Mansoura, his home town.

“He was beaten, subjected to electric shocks, threatened and questioned about various issues related to his work and activism,” EIPR said. The claims concerning his treatment could not be immediately verified independently.

Italian authorities quickly raised the alarm about Zaky’s detention. The foreign ministry told the Italian wire service Ansa that the foreign minister, Luigi di Maio, was “following the case closely and has already made contact with the Italian embassy in Cairo in order to obtain information on the arrest of the student.”

Regeni disappeared on 25 January 2016, four months after he arrived in Cairo to complete doctoral research on labour unions. His corpse, showing signs of prolonged and brutal torture, was found on an outlying Cairo desert road nine days later. In 2018, Italy’s public prosecutor listed five members of Egypt’s police and national security agency as suspects in his disappearance.

EIPR say Zaky faced charges of “harming national security,” and others including inciting unlicensed protests, intending to overthrow the state, broadcasting false news and promoting terrorism. Egypt’s State Information Service released a statement citing an unnamed security source, reiterating that Zaky is an Egyptian citizen and that he was arrested at the behest of state security prosecution “who decided to hold him for 15 days pending investigations”.

Despite ongoing cooperation over issues such as the civil war in Libya, Regeni’s case remains an obstacle in Italian-Egyptian relations, and this potentially will be worsened by Zaky’s arrest. Italy recalled its ambassador to Cairo from April 2016 until September the following year. Italy’s parliament suspended relations with Egypt in November 2018, and an ongoing Italian parliamentary inquiry into Regeni’s case continues to accuse Egyptian authorities and citizens of complicity in his disappearance and murder.

Erasmo Palazzotto, president of the parliamentary inquiry into the death of Regeni, tweeted: “How do you still consider Egypt a safe country? The Italian government cannot continue to bury its head in the sand in relation to a country that continues to violate human rights in this way.”

Zaky spoke out about the reprisals against Egyptian activists and civil society in 2018, telling the Italian news agency Dire: “We fight for our activists, but also for Giulio Regeni … institutions try to prevent people from talking about it. Protests are not allowed. We NGOs face threats.’’

Alessandra Ballerini, the Regeni family’s Italian lawyer, issued a joint statement with the Association of Phd Students and Researchers in Italy, students from the University of Bologna and the student association Link.

“We join our voice with that of the Regeni family in asking the government to include Egypt in the list of unsafe countries and to summon Egypt’s Italian ambassador back to Italy for consultations,” they said. “With this case, Egypt once again shows the ruthlessness of its dictatorship.”

Riccardo Noury, a spokesman for Amnesty International in Italy, said the Italian and university authorities had a duty of care to protect Zaky. “It is of concern that Zaky was probably spied on in Italy, where he did a master’s in gender studies,” he added. “We are concerned about these 15 days of imprisonment. It’s a strategy Egypt uses to silence people who then remain in prison for months or years, while the world forgets them.”
_____________________
https://www.theguardian.com/world/2020/feb/09/italy-alarmed-after-egyptian-studying-in-bologna-arrested-in-cairo 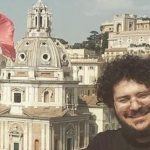 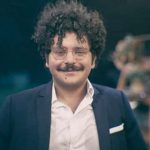