In the lead-up to each anniversary of the January 25th revolution, the authorities launch widespread security campaigns in downtown Cairo and its surrounding areas. These include apartment raids, arbitrary arrests, and the stopping and searching of cars, motorbikes and pedestrians throughout December, January and early February. Heavily armed police and armored security vehicles are currently stationed throughout the area. During this period, downtown becomes dangerous for its own residents, and many people choose to stay away from the area.

It’s impossible to accurately report the number of raids and arbitrary arrests that have taken place this year, or to tell every story of humiliating search or interrogation. Perhaps comprehensive data is not the most useful information we could give you, when the context is one of such relentless threat and harassment. We will try, instead, to think of how we can avoid being targeted. Mada Masr gathered the advice of lawyers and downtown residents with years of experience dealing with these annual campaigns.

2- The metro is dangerous and so are microbuses.

3- The safest mode of transport is your private car if you have one, or a rented taxi or uber.

4- If you can imagine doing so, it is safest to move without your phone.

Which brings us to digital safety:

1- Delete any data that points to any of your political views.

2- This includes messages, emails, and pictures.

3- Delete your social media applications and log out of any sessions on your browser.

5- The choice to resist a phone search comes down to your assessment of the situation and its risks, and your willingness to be questioned or taken to a police station over your right to privacy.

1- Ideally, leave behind whatever is not totally normative and traditional in your appearance. This includes your backpack.

2- If you are a man, avoid wearing earrings, having long hair (especially dreadlocks), and forget about hair ties and bandanas.

3- If you are a woman, it’s a bit more complicated. It is possible that the police hate unveiled women, and it is also possible that they hate certain types of veiling. Perhaps unsurprisingly, we can’t win.

4- Do not move in mixed gender groups.

5- Do not carry alcohol.

1- If you must remain in your apartment during these sensitive weeks, make sure you have a certified copy of your rental contract. You will have to prove why you are where you are.

2- Ensure that your landlord has notified the local police station of the rental agreement.

3- Do not invite guests to your home unless you can prove they are your immediate relations.

4- Do not invite international guests to your home, ever.

5- If you are not an Egyptian national, make sure your visa or residency papers and your rental contract are in order. Do not be a journalist or a researcher.

6- Get rid of any documents that reflect your political views, and any books about politics, any politics.

The affected area is bigger than what you might think of as downtown. It includes Garden City, Dokki, Mounira and of course Qasr al-Aini Street and the entire length of Qasr al-Nil Bridge.

Ahmed Refaat, a longtime resident of Mounira, spoke to Mada Masr about the two times mabahith (detective) officers entered his house in recent weeks. His encounters ended well in comparison with others who have been taken to police stations, insulted, and directly humiliated, but it sheds light on an invasive experience that has become all too common:

This winter, they first came in late December, when I had some friends over. There were five of us in the apartment and it was about 8 pm. I went to see who was at the door and I instantly recognized the mabahith guy, he works with the Sayeda Zeinab police station and I see him in the neighborhood. He had a low-level clerk with him, and a mukhbir* (informant) whom I also recognized.

They asked whether I lived in the apartment, and to see my ID. For some reason I thought it might end there, with them checking my ID at the door. But of course, they came in, and they collected the IDs of everyone in the apartment. They went through everyone’s phones, too, except the woman who was with us.

I thought about not handing the phone over, but two of my friends had already done so. I told the mabahith guy, “I don’t like this phone thing.” And he said, “Well, you don’t own this apartment.”

He looked through my photo gallery. He looked at every WhatsApp conversation. He scrolled through my timeline until he reached 2017. Wouldn’t you if you had that kind of access to someone’s privacy? There’s this euphoria of being able to see someone’s personal life, I could see it in his eyes.

They asked me where I worked. I said at a call center. They took everyone’s details. The whole thing took around two hours and then they left.

That was late December. Today they came back again, the same three people. I don’t know why I answered the door — I knew, I just knew it was going to be them.

The mabahith guy took my phone again and went through all the open tabs. He even saw the tab that was open to Mada Masr’s website.

“Is the internet not working or what?” he asked me.

“You blocked that site,” I said.

He went on to Facebook and saw someone had cracked a joke that referred to something being “Sisi-style,” so he asked me what that meant. I can’t remember what I said. He then asked about any contact or friend with a Christian name.

I’m pissed off. They are everywhere, especially in Talaat Harb Square. In Tahrir, they stop scooters and motorbikes – these are maba7ith, not traffic police. I do a big loop through back streets to get to my work downtown.

That this is happening this deep into Mounira is new — the scope is larger than before. Before they would stop around the Saad Zaghloul metro stop. I know they’re not here for me. They don’t know anything, they didn’t even recognize me from late December.

But the main new thing is the phone searches. In 2015, I was living with a journalist, they came as usual but they didn’t ask to see our phones. They know now, they’ve learned to get into Facebook through the browser if you don’t have the app.

It’s effective. They are in your bedroom, looking at your stuff, looking through your phone. It’s not like a random encounter. There is nothing “strange” about me, I am an Egyptian man and I live here, I’ve always lived here, so I am familiar with the mabahith and have a relationship with them that I think we both understand.

We have to make this phone thing a line. Like, we don’t want to overthrow Sisi but we’re not giving you our mobiles.

I thought about not handing it over today, but I was a bit more worried because I was on my own. I didn’t know if I’d be able to reach anyone if they did anything, or arrested me. I couldn’t make the calculation. Plus he had seen it before, I had set a sort of standard between us.

I don’t think I’ll leave the neighborhood. I have this evil thought: that this will bring rent prices down. Maybe I’ll be able to live alone.

*Mukhbir refers to two types of informants: those on salary from government agencies, and civilians who share information with police. 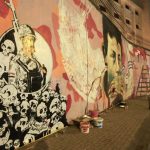 How artistic freedom of expression shrinks in ‘new’ EgyptSelected Opinion 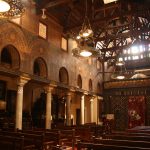