At midnight on Nov. 23, 2019, Egyptian state security broke into a young Coptic activist’s home and arrested him without a warrant, confiscating his phone, laptop, camera, and personal documents. They interrogated him without a lawyer and reportedly tortured him on suspicion of joining a terror group, receiving foreign funding, funding a terrorist organization, broadcasting false information, and using social media for the purpose of committing a crime. Today this Coptic activist, Ramy Kamil, is under pretrial detention in Egypt’s Tora Prison.

I first met Kamil in 2010 when I was part of an ambitious new think tank founded to look at Egypt’s problems through the lens of classical liberalism. Back when there was active civil society in Egypt, young activists like Kamil and me would often meet to discuss the best ways to advocate for Coptic rights in Egypt.

The Coptic community in Egypt is the largest Christian community in the Middle East, making up around 5% to 10% of the total population of Egypt. But as with most Christian communities in the region, Coptic numbers have been on the decline. In the aftermath of the Islamic State genocide against Yazidis and Christians, the international community has finally started to recognize that religious minorities in the Muslim-majority Middle East, where Christianity first began, are about to go extinct.

In February 2015, ISIS released a video of the brutal killing of 21 Christians, 20 of whom were Copts, on the shore of Libya. The video shocked the world and made Coptic persecution international news. But this was hardly new for my community: Copts have been suffering under systemic injustice for centuries. After the 2011 revolution, many activists lost their focus on the Coptic cause and got involved in other political and social issues in Egypt. Kamil was one of the few who continued to be a voice for persecuted Copts. For the global Coptic community and those interested in religious freedom, Kamil was a primary source for what was happening on the ground. He was threatened several times by radical Muslims, but they could never deter him.

Kamil’s ongoing documentation of attacks against Copts started to gain international attention. He was eventually invited to a human rights conference in Geneva to speak about the situation of the Copts. Perhaps that is what made the police state of Egypt nervous: that a Coptic voice from Egypt was telling a different story than theirs. After all, the official narrative of Egyptian President Abdel Fattah el-Sisi’s regime has been that Copts are “living their best time.” Although the state has taken a few positive steps to help, the picture isn’t as rosy as the Egyptian regime paints it to be.

Persecution in our homeland has made the Copts a global community through emigration. At this point, we are flourishing everywhere but our homeland. Unfortunately, we have been unable to leverage our newfound success to benefit Copts, such as Kamil, who are still experiencing heavy persecution in Egypt.

So what can be done?

The American Coptic community has a big role to play in aiding our community in Egypt. We need to remember those who we left behind and are still suffering systematic religious persecution. We need to come together as a unified community, use whatever influence we have to help our people, and consistently speak out against the injustices they experience. Kamil’s arrest revealed a troubling disconnect between the Coptic community in Egypt and Copts living abroad, a disconnect that needs to be closed.

We should not have remained silent during Kamil’s arrest. Sisi needs to know that he can’t just use Copts as a promotion card for himself in the West. His rhetoric is meaningless without actions to back it up. Instead of arresting young Copts who are working to confront sectarianism in Egypt, the Sisi regime should be working with them.

We also need to work with other Christians and whoever else is concerned about religious minorities in the Middle East. Evangelical leaders who meet with Sisi need to hear about Kamil’s story and vocalize their concern about his arrest and the treatment of Copts in general. The silence of the international religious freedom community is discouraging, but deafening silence from the global Coptic community outside Egypt is disgraceful.

On Jan. 7, Copts around the world celebrated Orthodox Christmas with their families. Kamil, however, was in his prison cell.

Editors note: Because the Egyptian state security police in Egypt has been arresting voices opposing the treatment of the Copts in Egypt, the author, an Egyptian human rights lawyer, is using a pen name for this piece. Mina Ibn Bakira was the leader of the Peshmurian revolt 830 A.D, one of the most significant Coptic revolts against Arab rulers. 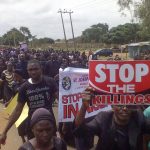 Christians Beheaded for Christmas, The West Goes Back to SleepSelected Opinion 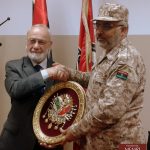