CAIRO—More than 300 prisoners are staging a hunger strike in a Cairo prison to protest punishment beatings and other harsh treatment in detention, a day after an Egyptian-American dual citizen died in custody, opposition activists said.

U.S.-Egyptian dual national Moustafa Kassem, who was 54, died in prison on Monday after a long hunger strike. He had been held since 2013, on what he said were false charges of joining a protest, despite efforts by senior U.S. leaders to secure his release.

“His death in custody was needless, tragic, and avoidable,” said David Schenker, the State Department’s Assistant Secretary of Near Eastern Affairs, speaking to reporters in Washington Monday.

Mr. Kassem’s death and the ongoing hunger strike highlight what human rights groups say is a crisis of neglect inside Egypt’s prisons under President Abdel Fattah Al Sisi. Thousands of people have been arrested in a government effort to stamp out political dissent, with some of those detained in a recent wave of arrests saying they have been beaten, strangled and burned with cigarettes, The Wall Street Journal has reported. According Human Rights Watch, some prisoners are held in cells without beds and mattresses and have been denied medical treatment.

The striking prisoners are demanding an investigation into the death of another prisoner, journalist Mahmoud Abdel Majid Saleh, who died Jan. 5 after failing to receive adequate medical care despite his deteriorating health, according to activists. He was 47 years old. Prisoners are also demanding blankets, the ability to leave their cells once a day, and the right to family visits, the group said.

An Egyptian government spokesman didn’t immediately respond to calls and messages requesting comment on the prisoners’ deaths and the ongoing hunger strike.

The Egyptian government has resisted American pressure on security and human rights issues despite a warm personal relationship between President Trump and Egypt’s Mr. Sisi.

In recent months the U.S. has threatened Egypt with sanctions after Cairo decided to buy fighters jets from Russia.

Mr. Trump has repeatedly expressed admiration for Mr. Sisi’s style of leadership and even referred to the Egyptian leader as “my favorite dictator” during a meeting of the Group of Seven in France in August 2019.

Mr. Kassem’s death this week triggered condemnation from members of Congress who have cast an increasingly critical eye on Mr. Trump’s dealings with Egypt and other Middle Eastern allies such as Saudi Arabia.

“It is a tragedy & outrage that U.S. citizen Moustafa Kassem died while detained in an Egyptian prison after being held since 2013. It is unacceptable that an American partner would unjustly detain a U.S. citizen & let him die in jail,” said Sen. Marco Rubio (R-Fl.). 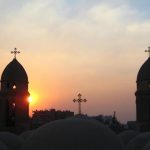 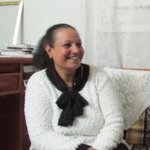